‘Is it time to consider a universal basic income?’ 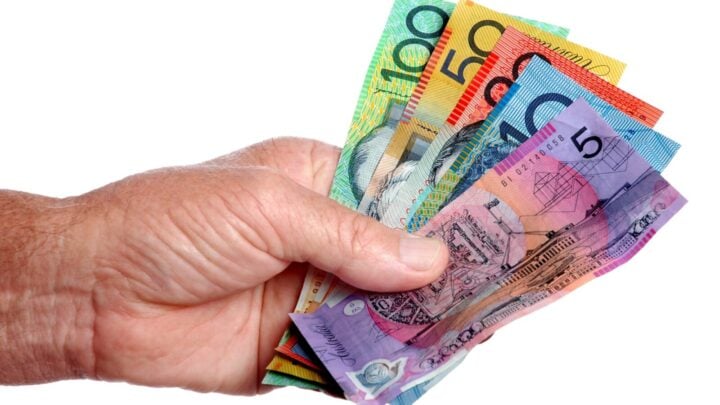 Who really stands to win from a universal basic income? Source: Getty Images

Every cloud has a silver lining. Well, that’s if you’re lucky and you believe in ancient aphorisms. However, there’s certainly a silver lining under the big coronavirus cloud if the idea of a Universal Basic Income (UBI) attracts you. Serious academic study of the concept and of its associated cost is now under way in Australia. It’s supported — as a concept — by Anglicare, the social justice arm of the Anglican Church, and others in the welfare sector. Its big-ticket cost doesn’t look too bad against the $311 billion cost of countering Covid-19 as a disease and an economic threat outlined in the 2021-22 Federal Budget, especially in the remodelled tax landscape that would be necessary.

No country in the world yet has a UBI in place. Germany is currently trialling a scheme and Finland has experimented and likes the idea. Scandinavian and German concepts of mutual welfare are somewhat different from those in more capitalist-oriented societies, however. Andrew Yang, a Democrat aspirant for the 2019 United States presidency who swiftly disappeared from the hustings proposed a UBI as part of his non-mainstream program. (He said it should be $US1,400 a month, currently equivalent to $A1,800.)

Proponents of a UBI — there are other acronyms around but the theory’s the same — point out that implementing a scheme at the right level would remove much of the social disadvantage experienced by low-to-no income groups and eliminate the stigma of living on welfare. The idea is that if everyone gets a UBI, then no one will be viewed as a burden on the community. It’s a concept that’s gaining public popularity too, as a poll conducted for the not-for-profit Anglicare found in 2020.

It would be a handy way of reminding government that it’s people, not a pile of rocks and a bunch of bushes, that constitute a country, and that — in a democratic system at least — it really is the people who are sovereign. It would make administration simpler and eliminate confusion.

A UBI set at a high enough figure to be effective ($18,500 is one suggestion, estimated to cost $126 billion a year) would be substantially offset by elimination of many other welfare payments. This could include ending the Age Pension altogether if a UBI were set at the age pension level ($18,900 a year). ‘Age pension’ Australians would simply stay on the UBI when they reached pension age.

Professor Ben Spies-Butcher, a Macquarie University academic and co-director of the Australian Basic Income Lab established in 2020 with academics from Macquarie, Sydney University and the Australian National University, says the Covid-19 pandemic and the JobSeeker and JobKeeper support package responding to it stimulated interest in a UBI and created much useful data on what steps might be taken to establish one.

Covid-19 won’t last forever as a pandemic threat, but neither will it be eradicated as an endemic risk, and the virus will continue to mutate, throwing up new variants, so it’s unlikely there’ll be a swift return — far less a full return — to life as we have known it up to now. (Unforeseen consequences are a feature of cataclysmic change, as history teaches anyone who bothers to listen. Some unreconstructed politicians and resource-stripping corporations may be feeling as blindsided as Western Europe’s feudal lords did when the Black Death of the 14th century suddenly made wage-earning freemen of their few remaining serfs and sparked the march to mercantilism, the precursor of Adam Smith’s capitalism.)

Australia has been luckier than many countries through the pandemic. The virus itself has been largely a controllable public health and medical event — though Melbourne and Sydney have been hit relatively hard — and the ability of the Australian Government to outlay enormous sums of money to support the national economy and population has been a boon.

Long-held principles of so-called fiscal rectitude were hurriedly if sometimes grudgingly thrown overboard in 2020. There may be a few who think that we now need to be re-educated — Capitalism for Dummies — but Australia has never been a fully capitalist society. Post-Covid-19, capitalism’s theoretical signature is likely to be even further reduced. A return to perceived normality is now a questionable prospect even in the longer term.

The pandemic also hit at a crucial moment in the global transformation of industrial economies from a source of almost unlimited jobs to one in which without high skills — a lot of them so new that virtually everyone’s an apprentice in them — many people will simply not be employable. We can’t all be brain surgeons, and anyway, AI robots are as likely as not to gain an edge in that skilled speciality too.

Similarly, the brave new world of the gig economy probably cannot be outlawed (whether it should be is another question). This means that many people face lifelong exclusion from the prospect of home loans and of building up significant superannuation. No one will give you a mortgage if you don’t have a regular job, and paying meaningful private super instalments requires a regular income.

But here’s the rub: Even an incurable optimist would have to concede that at present an Australian UBI is a distant prospect. It’s unlikely to benefit today’s age pensioners. It’s worth thinking about, though, if you’re interested in what Australia could look like in years to come.

Would you support a universal basic income? Share your thoughts with us.