‘The weird and wonderful ways technology has changed our lives’ 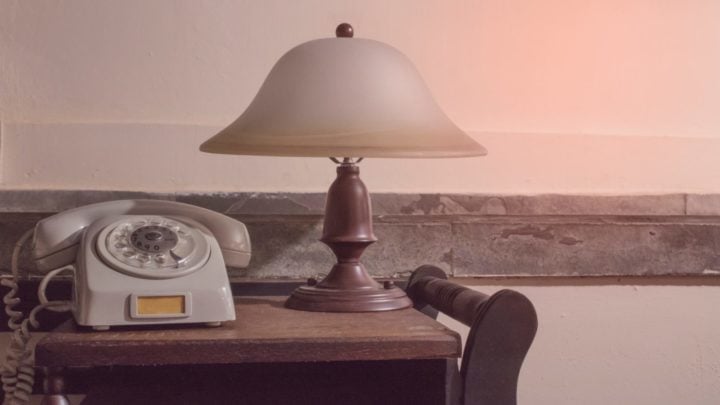 No more having to stay in one spot when you're on the phone these days! Source: Getty Images

I’ve been using the internet, emails and video calls for literally years, and yet I am still excited by the wonder of it all. The thing is, so much has happened in the 61 years since I married and immigrated to New Zealand, leaving all my relatives behind.

Such a move was a big step in those days! Perhaps not quite as bad as the time Captain Cook came to Australia and was out of touch with home for about two years, but still a bit isolating, in the 1950s and ’60s. We had no friends or relatives in New Zealand and there was no immediate telephone contact with family, such as we are accustomed to these days.

When we lived in Auckland, it was a ‘trunk call’ just to speak to someone in Wellington, connected by an operator, and it wasn’t cheap either. In fact, every call had to be paid for then, even a local one. To cap it all, phones in those days were on a fixed wire about six feet long, there was no wandering about the house, or even strolling out into the garden as you chatted, you had to talk from the point you’d had the thing installed!

Then the wonders of electronics hit us; in a very small way at first, with the introduction of pocket calculators, which were brilliant enough to be able to do addition, subtraction, multiplication and division — the better quality ones could even do percentages! You could buy one of these pieces of magic for about $50, when most people were earning $40 a week.

It was at about this time that I bought my first digital watch. It was made by Seiko and it had a tiny window in the front showing the time of day in digits, ’10:43′ or whatever, in a liquid-crystal display; it cost me about $60 and I was immensely proud of it. Now it would likely be one of those items given away free in some promotion!

From these tiny beginnings things began to move a little faster, with the first desktop computers appearing on the market. They were heavy, unhelpful monsters that almost required you to have a degree in electronics, so you could write all your instructions, in DOS.

It took longer to type in the instructions for pretty well every word you inserted, than the message itself, and they were all in green on a black background. Then some bright spark in America, called Bill Gates, and friends of his came up with Microsoft. The wonder of the age, a piece of software that did all the translation of that horrible DOS for you, so you could get on with what you were doing, about ten times faster than previously! This was just the major breakthrough that had been necessary and the idea made Gates the richest man on Earth.

Until then the companies making the big business computers had stated that in maybe 20 years, there might be as many as 20 computers in use around the world! But Microsoft altered all that, so that now there would be few homes that don’t have either a PC, a laptop or tablet, and machines that used to cost several thousand dollars can now be purchased for well under $1,000.

Alongside all this wonderful progress, there appeared the cellphone (also known as the mobile phone), which started out at about the size of a walky-talky radio and now fits in anyone’s jacket pocket. Not only that but the humble cellphone is now the ‘smartphone’ — an amazing piece of equipment containing pretty much every bit of information in the world. It will tell you exactly where you are, plus it can chat to you like an old friend and tell you anything you wish to know.

And forget those old ‘trunk calls’, Jacqui and I can now ring and chat to our daughter, who lives in England, any time we like just as if she was in the house next door. We can see her too!

What items of technology could you not live without?