‘The second time I died’ 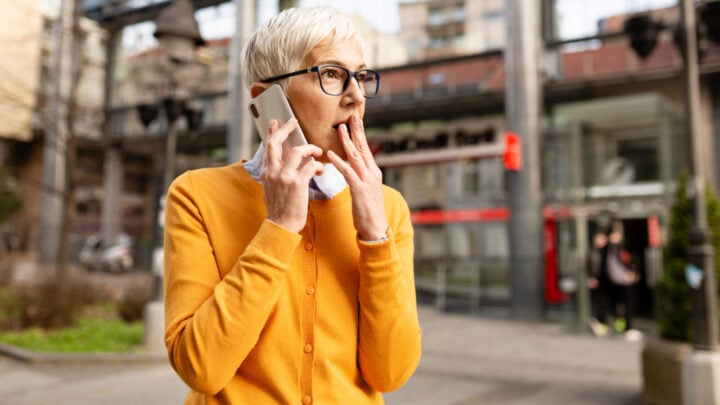 'Your sister texted me to ask if you had died,' my friend explained. Source: Getty (please note: model posed for picture.)

Last week I had a phone call from my best friend. She was asking how I was and if I was feeling okay and it seemed as though something was on her mind. I finally asked her, what has happened? Turns out she had received a text message from one of my sisters, Joan, inquiring whether or not I had died! She said that my ex-husband had been told by a so-called very good friend of my husband David that I had passed away!

Now, you have to understand, this is not the first time someone in my family has told people that I was dead. After my mother Elaine had a stroke and the doctors said she wouldn’t come good, I made a mercy dash with my younger son to her Hervey Bay retirement home to see her. My mother did make a recovery, but she couldn’t introduce me to anyone back at the nursing home because she had told them I had died when I was eight years old! Strangely enough, she also had photos of two of my sons on her wall.

My mother was a really nasty woman. If you crossed her, or didn’t agree with her, watch out! The rest of the family are tarred by that brush but I am nothing like any of them. My so-called family have been mean and condescending towards me for years, so I try not to have any contact with them whatsoever. To make matters worse, I have an abusive son, Simon, who assaulted me and nearly killed me in 2018.

After my best friend told me about the text message she had received, I burst into tears. But they were tears of joy. If they really thought I was dead, it would mean that my husband and I could truly have a new start. I suddenly knew how a person under Witness Protection must feel, to not have to worry that they will find you and hurt you again. I told my girlfriend to reply to my sister Joan simply saying that it is “a private family matter”. Joan said that the family sent their condolences.

But it didn’t take much to find me, as my niece Sarah did later that day when she rang the real estate agent who had just sold my house. Easy. Nevertheless, I had two wonderful days not worrying that my family or son would find me and finish the job. It was amazing.

I have been very ill this past year and haven’t written many blogs, so perhaps because of that and the fact my husband was off work for quite a while meant someone must have thought that I had died.

I did ring my girlfriend back to see if she had heard anything more from my sister Joan and, yes, she had. While neither of us had stated that I was dead, Joan went right off the deep end – swearing at her and calling her names that I will leave to your imagination. My friend has now blocked her for obvious reasons.

Apparently my ex-husband also told our son Simon that I was dead and then had to take it back. This has caused him a lot of pain. But maybe that was the shock he needed to stop taking and dealing drugs, get help and turn his life around, because one day it will be true. I still do not want to see him though, as I will never trust him again.

Why am I writing this personal account, you may ask? So that my so-called family who live in Queensland can see it and leave us alone. Just go on as if I am dead – it will make no difference to me. I don’t want any of your money and I certainly will never be a snob like you have all turned out to be. I am happy with who I am and how I have lived my life. The only regret I have is that I didn’t sever all ties with you a lot sooner.

Do you have a difficult family situation too? Can you relate to this contributor's circumstances?