‘The demise of an icon: How I feel about Holden disappearing from our roads’ 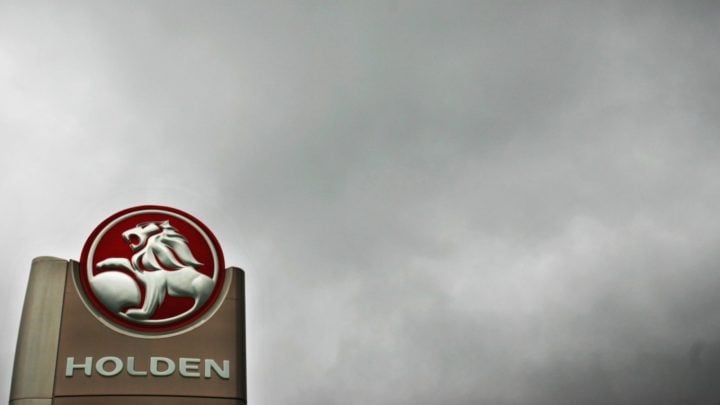 It was the day after General Motors announced the Holden name would become history from early 2021. I left the nursing home where I volunteer and walked out to my car, a now 7-year-old Berlina with 130,000 kilometres on the clock. As I came near and pressed the unlock button on my key, I saw a man who’d just got into his Falcon XR6 step back out. He was well-dressed and -groomed, so I was more than a little surprised at the outburst he delivered:

I treated the comment with the disdain it deserved, started my engine and drove off, smiling at ‘the bird’ I was flicked as I passed Mr Ford. I actually felt sorry for him, because I’m not a typical Ford versus Holden type, and he so patently is. I’ve actually owned three Fords through my life: A Zephyr Mk II (good car for its time), a TX5 Ghia (great little Mazda with a Ford badge), and an XF Fairmont (bit of a boat anchor but it had a good motor).

I’ve also had four Holdens and a few ‘other’ cars, but the brand that outnumbers everything is Mitsubishi, including two Magnas, a 380 Series 3 (best car made in Australia in its time) and two Pajeros.

The writing’s been on the wall since government subsidy to maintain car production in Australia came to an end. As a consequence, the announcement by GM that its generic Australian brand name, Holden, would cease to exist within the year should come as no more than a mild shock to most Australians.

Personally, I’m disgusted that a dream developed by Nugget Coombes and Ben Chifley to establish a manufacturing industry in a country that had literally ridden on the sheep’s back — and the production of motor cars was to be a cornerstone — had to be nipped in the bud. (That’s apolitical, lest anybody think otherwise. The Damoclesian sword started to swing with Button and finally dropped with Abbott.)

Almost every country subsidises its car industry, with Australia generally at the lower end of the subsidy scale. Our industry was small by world standards and its prime product, large cars that would carry five (once six) people in comfort over long distances across a big country, frequently on pretty ordinary roads, had to face up to a different competitor: The Japanese one-tonne ute. Its ride might leave a lot to be desired and its handling only barely on the acceptable side of ordinary, but it had been developing over the years into a vehicle capable of doing what Ford’s Lou Bandt had set out to establish in the 1930s, a vehicle for church on Sunday and to market on Monday.

Close behind the Japanese one-tonners is a clutch of Asian ‘small’ cars. Time was they were small and tinny and true buzz boxes, but no more. They’ve grown in size and stature over the years and been refined to the extent that — to a great degree, at least — they are able to supplant the full sized Commodores and Falcons in what they do with greater fuel economy. And then there’s the SUV …

But back to my disquiet about the loss of industry. Despite local manufacturers at times entering into small-medium car production, these were less viable to make and to sell, even with subsidies. A new model could be produced every few years in markets providing sales in millions, but with our market of thousands the best we could manage was an occasional face-lift of an ageing model.

At least we’re good engineers and designers. (How many people know, for instance, the Zeta platform of the VE Commodore was used as a base for development of the 2010 Chev Camaro, designed in Australia?)

Both GM-H and Ford maintain world-class design facilities in Australia. Holden’s will close by next year, although Ford has announced its centre will not only continue, it’s in the process of hiring additional personnel. That means Ford Australia can remain at the pointy end of development, a field in which Australia has shown the way in so many fields.

Where I’d like to see it develop is world leadership in new technologies, especially hydrogen and, to a lesser degree, electric vehicles, as well as new forms of mass transit for densely packed urban areas, actually reducing reliance on what was the companies’ starting point, creating what has become ‘the great god motorcar’. For the sake of resources and emissions, we must all change. But will we?

How do you feel about Holden's demise in Australia?