‘Reality check: Is it time for a government overhaul?’ 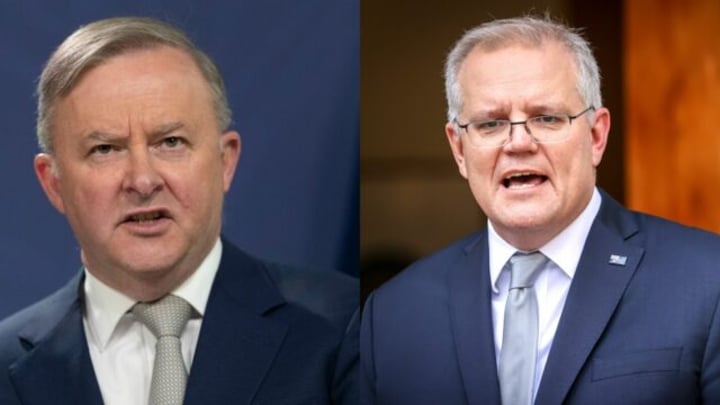 Paul makes a case for a system that holds our country's leaders accountable. Source: Getty

It is time for a reality check on where our country is going and what we want for our future. Without doubt, for six months management of the country has, by necessity, concentrated on one thing and one thing: Covid-19.

The government structure is an excessive and expensive part of our country’s budget, however, it is something that we have come to accept, and without question. Perhaps it is time we had a look at the necessity of such a structure.

It is a structure that produces ministers who have little or no experience in the position they have been given, often just for towing the party line or being a good boy or girl. They’re rewarded for their support rather than their ability. Most lack extensive knowledge about their portfolio and rely on qualified personnel, public servants, to keep them abreast of circumstances. They then use their personalities to bring matters to public attention, often one sided and for the benefit of the party they represent rather than the general public. Their reward is a substantial retirement package from the people’s purse that commences upon retirement from politics, no matter what age until death, potentially a burden on the public for forty-plus years.

Politician’s lack of knowledge and ability has never been more evident than now with the problems our country is facing due to Covid-19. We have seen premiers and ministers turn into power-hungry, almost dictatorial, figures playing with peoples lives, businesses and livelihoods. Lack of efficiency and effective policies in certain sectors is now being laid bare for all to see.

Making matters more confusing is the ABC. For 24 hours a day, seven days a week it runs an indoctrination of views, qualified or not, seeking airtime from numerous Phd’s who are normally secreted in our universities wallowing in their academic bubble. This is all very confusing for normal working-class people more worried about putting food on the table and paying rent or a mortgage.

One thing has been clearly displayed in recent months: the usual Centrelink benefit for people out of work, often quoted at $40 a week, is totally insufficient. Having now almost doubled that payment to deal with the pandemic, it is unthinkable that the government would return to the original figure. To do so would cause serious stress, further anxiety and long-term harm to families.

In recent weeks the blame game has commenced. It is clear that mistakes have been made since the pandemic hit and bad decisions acted upon. Perhaps the most obvious and devastating example is in the treatment of the elderly, particularly those who find themselves in home care. Enquires and Royal Commissions are starting to become the norm. They are costly forums and their effectiveness is questionable as they are reactive rather than proactive. Post-mortems are not needed now, they really are only fodder for the media and cause confusion among the public.

Aged care and the treatment of our elderly is a concern that goes back decades in this country. Governments, no matter which party is in power, have been reluctant to spend big in this area as there is no long-term political benefit. The aged are taken to be a financially draining liability on our economy. Governments have allowed the aged care system to become the domain of unscrupulous entrepreneurs who have earned substantial profits on the basis that complaints will occur but are merely a small hiccup that can be managed. Governments have been happy to allow this situation to carry on, all the while condemning bad practices.

Have no doubt the aged care system is geared towards making profit, not improving of quality of life for the elderly. That is why companies enter the industry. Organisations milk the government’s financial benefits for their own personal gain. Care staff, on the whole, are dedicated, however. they are constantly being stretched beyond human capabilities for a very small award. They are being exploited.

For those who are fortunate enough to remain at home throughout their retirement years, the lack of consideration given to the quantum of the basic aged pension places any pensioner reliant on the pension for survival below the poverty line.

Pensioners who are lucky enough to have private funds to supplement the pension are punished for being in that position. Those who rely purely on their reserves are thrown into a world with such low interest rates that many are below the pension rate and therefore the poverty line.

To be continued … Stay tuned for Part Two of Paul’s series coming on October 4, 2020.

Do you agree with Paul?