‘What I learned from my financial mistakes: Look before you leap!’ 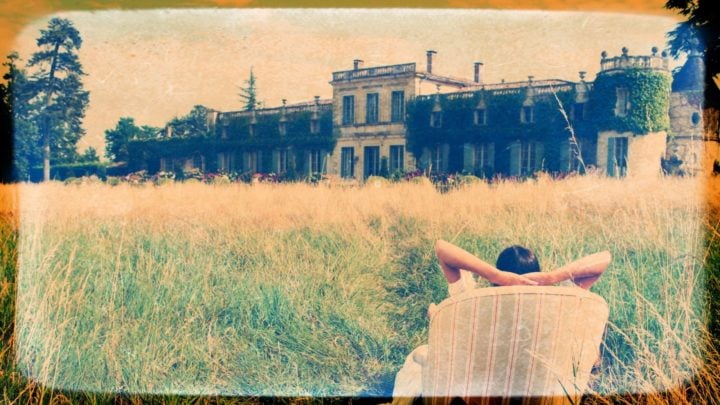 Susan made the decision to leave her husband and her life in the UK and own a hotel in France, but there were many obstacles along the way. Source: Getty Images

When, at 48 years of age, I made the decision to find a bolthole to be able to occasionally escape from difficulties in a rebound marriage, I crossed the English Channel to Boulogne, France, looking for a dilapidated cottage to gradually restore and give me an excuse for getting away from my husband.

However, instead of a cottage, I went and bought the small hotel in which I stayed while house hunting!

There were several bad financial decisions to follow, although one bad financial decision wasn’t the one in which I decided I was going to have to sell my house in the UK to pay for the hotel. No, the bad decision was in agreeing to sell my house to my then-husband. He’d moved in upon marrying me because its location to his work suited him, so he put his house up for sale and took out a bridging loan to pay me to pay the French bank that had given me a bridging loan to buy the hotel. That’s riddled with bad financial decisions – it shows what lengths a person will go to in order to get out of a rebound marriage!

Here’s yet another bad financial decision. I could have cut my losses and surrendered the £8,000 deposit when I discovered all those taxation traps, but after I consulted an accountant in France I was told that if I registered as a property dealer and resold the hotel within five years, I would only have 8 per cent purchase tax to repay. The tax office would benefit because the buyer would be paying all 18 per cent upon buying from me. Obviously to cover the back tax, the hotel would have to be sold at a profit. I was sure it would because the castle across the road from the hotel was being restored so as to become a tourist attraction.

I was not the only one to be taking advantage of the government offer on the suspension of purchase tax if properties were improved and resold within five years. Lots of France’s high flying businessmen had decided to sign up to the scheme too. It meant they’d also jumped in the same boat I was in. Because they had influence and because property prices in France were dropping, the government extended the five years another two years, extending it a further two years before that seven years was up, which — as an advantage — I got reprieved as well.

To make matters worse, there was no point in putting the UK house up for sale. The council wanted to knock down my house and those of my neighbours to make the road wider. My house was listed as an historic building, which was holding up council’s plan. The value of the house was pitiable.

I did find the time to arrange for a divorce from my husband. He remained living in my house in the UK and I soldiered on, running the small hotel and hoping it would sell for a profit when the time came. Things were looking tricky. I had to close down the restaurant, it was losing money, and I ended up running the hotel and the bar on my own to save myself in staff wages.

To help, I took on a job teaching English 10 hours a week in a Boulogne school. A young woman there helped me at the hotel in return for free board and lodgings. This proved to be quite fortuitous when, 18 months later, I became ill and needed to stay in hospital after having surgery. She was able to continue running the hotel while I recovered.

Property prices in France remained low. To make matters worse, the town mayor introduced the ‘commission’, consisting of a building expert and two fire brigade officers, and a gendarme (a civil law enforcement officer) too, who shut down my hotel and other hotels in the district to clear the way for a large hotel chain that had been proposed. The mayor had been negotiating with the Musée Grevin to restore the castle and turn it into a wax museum, with another company proposing a park of miniature historic buildings within the castle grounds.

My neighbours were in uproar and held meetings in my bar to discuss strategies to stop the castle’s detrimental development. They succeeded, but that didn’t help me as I needed to rewire the electricity cabling in the hotel and have alterations done to prevent fire hazards. I had no money to do this and looming before me was that in the next two years I had to sell up or surrender the property to the government to cover back taxes. What hadn’t been explained to me at the time of this negotiation by my accountant was that there was compound interest on every year that the 8 per cent was outstanding!

What a pickle! I got round it the French way. At a loss to me, I gave my daughter, on paper, the money to buy the hotel building as a private house with the right for four paying guest rooms. The purchase tax on that transaction was only a fraction of what I would have had to pay in the first place.

Meanwhile, I had gone to stay with my parents in England. They were not in good health and with me living with them they were able to spend their last days in their own home.

With money I’d inherited from an uncle I paid for the French property to be rewired and for the work that needed to be done. This would lift the mayor’s ban and allow the hotel to operate as a guest house. My daughter and her husband, with their toddler daughter, tried their hand at running it but decided against it and after my parents died, I returned to France.

Financial triumph, or at least a happier ending

I ran the guest house until my daughter and I sold it, and the public bar licence that I still owned, at a reasonable price a few years later. We then invested in another property.

It was a few years before the road widening scheme at my UK house was abandoned and my now ex-husband found a buyer for the property. He got his money back.

What did I learn from all my bad decisions? I learned the truth of the maxims ‘fools rush in where angels fear to tread’ and ‘look before you leap’. But then, there’s the maxim ‘everything comes to he who waits’. Had I been financially able to wait 20-odd years, I’d have benefitted from the castle, Le Chateau d’Hardelot – pronounced ar-de-low – being completely restored. It has become an entente cordiale centre between France and the UK and a big tourist attraction in France.

What financial decisions have you made that you regret now? Do you have a financial advisor to guide you now?