‘Celebrating the axle grease we know and love as Vegemite’ 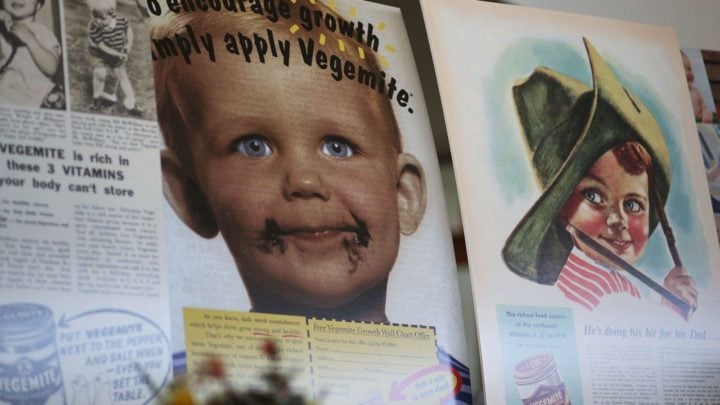 Well, some of us do … Like many other Australians, I laughed (but not unkindly) at the photograph shot by Tom Hanks, following his recovery from Covid-19, of two slices of toast liberally smothered in Vegemite. It showed he’s now a true convert to the paste’s distinctly bitter taste, albeit no Aussie would ever attempt such a sensory overload.

In all their various sizes, the number of jars of Vegemite sold every year is effectively one jar for every Australian. It’s just as well, then, the Port Melbourne factory where the famous product is made can push out more than a million jars every three days when in operation.

The background is interesting. Australians proved their liking for the English-made spread, Marmite. Originating by accident, a Swiss/German scientist and nutritionist named Justus Liebig discovered left-over brewers’ yeast could be compressed and eaten, offering good levels of nutrition. A company was established in England in 1902 bottling Marmite, a yeast based product with added high concentrations of folic acid, vitamin B12, thiamin and riboflavin.

Although a story about Vegemite, I must mention the origin of the name Marmite. It’s French, from a casserole known as a marmite (but pronounced ‘marmeet’). More than a century on, English produced Marmite still has a picture of the dish on the label.

So great was the antipodean liking for the bitter spread, the Sanitarium Company bought the rights to its manufacture, which they still hold. Post World War I, Australian food entrepreneur Fred Walker (remember, among other things, Fred Walker cheeses?) employed food scientist Cyril Callister to create an Australian Marmite equivalent. It went on the market in 1923 in its original lighthouse jar and met with moderate early sales, but never really made great impact on the original product.

Corny though it sounds, in an attempt to build public acceptance, the product name was changed to Pawill, a play on words to link it with its main competitor, “If Marmite, Pawill…!”

I kid thee not!

Pawill was a resounding flop, with the name soon changed back to Vegemite. Product acceptance through the 1930s was maintained and even increased, but what really gave the brand a kick along was including a jar in soldiers’ rations through World War II, a perfect way of supplementing their B-group vitamins.

Since that time, Australians have embraced their favourite axle grease, still made and bottled in the same factory and to the same recipe as the very first product to come off the production line all those years ago.

Originally wholly Australian owned, the product became part of the Kraft group when Fred Walker sold his business to the United States giant. That ownership subsequently changed to Mondelez International (another multinational with American origins) but returned to Australian hands when purchased outright, three years ago, by Bega.

A little pertinent info about Vegemite:

A spread of Vegemite on a slice of toast will provide up to one-half the daily adult requirement of B-group vitamins. One teaspoon a day of Vegemite contains half the recommended daily allowance of folate, so important in early pregnancy. Men At Work made it famous in their 1982 song, ‘Down Under’. It’s said that if every one of the 1.2 billion slices of toast spread annually with Vegemite were placed edge to edge, they’d circle Earth three times.

Finally, the 1950s brought the ‘Happy Little Vegemites’ advertising campaign, at first on radio and later, following its introduction in 1956, television. With such a catchy jingle, the ad proved a great success and the product never looked back.

My father always reckoned concentrated brewers’ yeast was a waste product turned into yet another waste product in Vegemite, but millions more Australians obviously disagree.

What’s your take on Vegemite? Do you love it or hate it?