‘Jubilee Bakery: Tales from one of my favourite buildings in Launceston’ 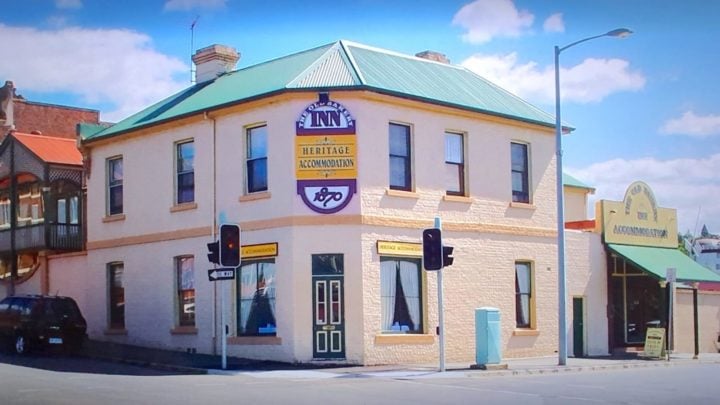 John and his wife spent some time running the hotel, and he has many stories to share. Source: John Reid

Twenty-two years ago, semi-retired, my wife and I managed, short-term, a motel on the edge of the Launceston CBD, in Tasmania. It comprised a series of old, classified brick buildings dating from the 19th century, including a Georgian-style shop and bakery, stables and a pair of two-storey Victorian terrace houses.

The shop and bakery, located on the corner of Margaret and York streets, had been built originally as the Cataract Bakery, named for its proximity to Cataract Gorge, only 10 minutes’ walk away. It was established in 1870 by Frederick Crosby, a one-time private in Her (then brand new) Majesty’s army. He deserted, was recaptured and sentenced to life transportation.

Crosby arrived in Tasmania and began his sentence on April 1, 1838, initially lodged in the Launceston Prisoners’ Barracks. After eight years and 20 days, the last 14 months on the Campbell Town chain gang, he was granted a ticket of leave in April 1846.

Returning to Launceston, he married Mary Ann Riseley, herself the daughter of a prisoner. The groom was 48 years of age, his bride 15.

There was an ever-increasing need of bread in the burgeoning town and Crosby set himself up as a baker, operating from a tent on the well-chosen corner site. Because he made and sold a quality product, he did well and was soon able to build the shop.

Over the years, Frederick and Mary had 10 children. When Frederick died in 1886, their son Charles continued to operate the business with his mother.

In 1897, the Crosbys submitted a tender and were selected as caterers for the town’s Queen Victoria Jubilee Celebration, held in Launceston’s beautiful and aptly named Albert Hall. At that time, in honour of their great success, they renamed their business Jubilee Bakery.

Two years later, in 1899, they again tendered successfully, this time to establish tea rooms at Cataract Gorge, but they had to petition against a ban on Sunday trading, the Sabbath being the most popular day in the Gorge.

Sadly, by 1980, the building was long out of use and destitute, but a well-known Tasmanian couple restored the bakery and other structures in its vicinity. They constructed a nicely matching building in what had been the saddling and loading yard between the bakery and the terrace houses, thus joining it all together.

The restoration and adaptation were done in sympathy with the buildings’ origins. The bakery’s huge ovens were retained, one gutted and converted into a guest room, the other maintained intact. It now features in the reception area.

Even the bakery’s stables and the tack room above were put to use when converted to guest rooms. Mind you, this was always an excuse to stir a willing guest (one always had to be selective!) by saying would they mind waiting a few minutes while we mucked out the stables for them?

The two terrace houses with their elaborate plaster mouldings and Victorian-era cast iron lacework add to the overall effect, but the pièce de résistance is the bakery’s first floor storeroom where flour and other essentials were kept. Goods came in by block and tackle through a pair of gable doors, while internal entry was by ladder. A flying bridge was installed and the storeroom converted into a honeymoon suite.

We loved the old place and its history. We had one of the best times of our lives while there, and we had a ball. In fact, I wrote recently about some of the hilarious events in which we shared.

Although ownership and name have changed in the meantime, I still get a warm glow when driving by.

Is there a place you've been that gives you a feeling like this?