‘Why are we supportive of mental health until a person publicly asks for help?’ 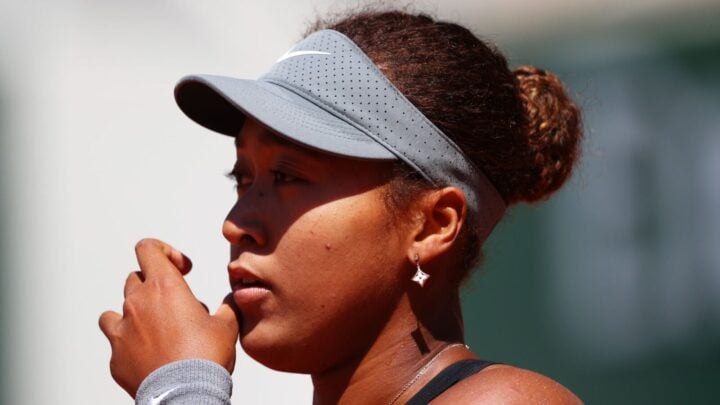 She’s a tennis superstar, with four Grand Slam titles to her name, but when Naomi Osaka recently announced her personal battle with mental health issues the lack of support from major tennis bodies, the press and the public was outrageous! Honestly, I thought we’d moved past this nonsense where we demonise those who need help. Instead, I have been reminded that some lack the maturity require to ‘walk beside’ our fellow not-so-perfect humans.

I am not ashamed to admit I have suffered mental health issues of my own, specifically social paranoia. I cannot help but comment on societal hypocrisy when specific, individual cases — such as Osaka’s — do not fit a specific cohort’s agenda.

In an article by Tracey Holmes, host of ABC’s The Ticket, it was said, “She [Osaka] ‘only gets the big bucks’ because the media writes and talks about her because of what happens in those press conferences. There’s a pretty fair argument to mount that she wins the big bucks because she wins tournaments.”

Osaka has never lost a major final. However, according to the media she couldn’t have done it without them. This means they accompanied her each day to training and the gym; they established her routine for nutrition, physiotherapy, occupational therapy and sports psychology; and they set up every winning shot for her on-court. What a load of rot!

If you believe that Osaka’s success is due to the press coverage and journalistic support she has received, you’d believe anything. In my opinion, these people are vultures, and their reaction to the tennis player withdrawing herself from a major tournament, the French Open, is nothing shy of ‘kicking a person while they are down’. They’re all spouting their support for mental health, until someone actually puts their hand up and says, ‘I need help’.

It’s not just the journalists that have me riled either. Word has it that while tennis’s G4 — the French Open, Australian Open, US Open and Wimbledon — have reached out to Osaka to “check on her well-being and offer support, underline their commitment to all athletes’ well-being and suggest dialogue on the issues”, they have also slipped in a note reminding her of her obligations.

“We have advised Naomi Osaka that should she continue to ignore her media obligations during the tournament, she would be exposing herself to possible code of conduct infringement consequences …”

That doesn’t exactly smack of heartfelt concern for one’s mental well-being, does it?

Back in the day, I held several creative management positions in radio, press and television. I cannot begin to explain the horror I felt when it came to meetings and advertising agency ‘pitches’. I wrote good advertisements, but having to chair a group of advertising heavyweights and sell my idea brought on a wave of anxiety. I found myself getting really nervous and having to engage in a way that was not natural for me was quite stressful. It was a nightmare, panic-attack stuff for me.

I recognised my feelings of those times as similar to Osaka’s. I am saddened she felt it necessary to have to justify her withdrawal from the French Open on mental health grounds. How hard is it for us to believe that not every sportsperson is outgoing and egotistical and enjoys the adulation and attention that can arise through press conferences?

The reaction to Osaka’s brave admission has appalled and disgusted me. I thought we’d aced a pathway of understanding. Just as I had no hint that my creative success would depend on my ability to shimmy and shake in the boardroom, why should a gifted athlete’s future rely on her ability to perform in front of a press pack off-court? In my opinion, her performances on-court speak volumes and she doesn’t have to prove a thing! I only hope that now she gets the care and attention to address her mental health issues, because there’s so much more help available now than there ever was in my day.