‘Monty Python got it right: It pays to always look on the bright side of life’ 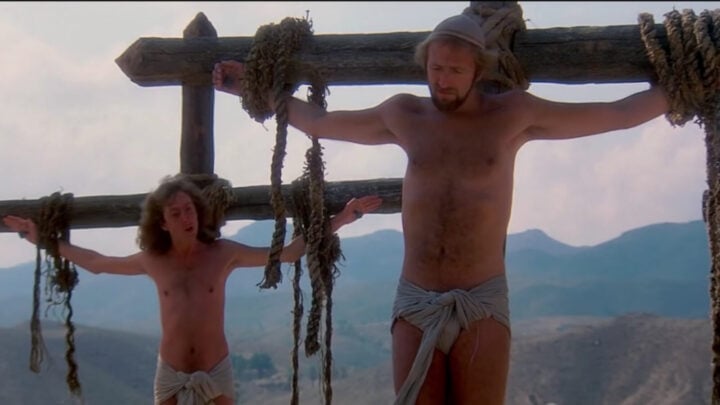 Just life they say in the movie, Brian believes it pays to look on the bright side of life. Source: Youtube/Logan

I believe it’s been proved time and again that a positive attitude almost always wins out in the end, no matter what difficulty is put in the way of success.

To take an extreme example, look at all the life-changing inventions that came out of the World Wars, an awful period that saw millions killed. We got penicillin, fast jet travel, methods of food preservation and much else. It’s as if nature has to balance itself, good for bad, bad for good; a stupendous game being played with we mere humans just the pawns.

Oh, I’m sure all those advancements I’ve mentioned above would still have been invented or discovered eventually, but it was the horrors and the necessities of war that accelerated their development. Who knows, we might still be traveling around the world in aircraft driven by propellers, taking a week or more to get from England to Australia, if we hadn’t been so desperate to fly faster than those damned German planes that kept trying to destroy our cities and towns!

You can glance back through history and see similar events, doing much the same things to us as the latest. For instance, look at the major damage tobacco has done since it was brought back from the Americas and popularised in Europe by Sir Walter Raleigh. Tobacco eventually proved to be the killer of millions all over the world, but look what else Raleigh brought us, things we use all the time and take for granted, like tomatoes, potatoes, sugar and corn (on the cob!). Not to mention the vast areas of new land he, and various other adventurers found for us. Just think, but for their spirit there might not be a United States of America or Brazilian coffee now.

I suppose another example of bad eventually resulting in good is the colonisation of Britain by the Roman hoards at about the time of Christ. The natives of the British Isles were mostly treated abominably by the Romans, forced into slave labour and treated as the lowest of citizens in their one country. But when the Romans eventually left Britain’s shores, they left behind a network of excellent roads, many of which are still in use today, with the addition of tarmac, of course, a vastly increased vocabulary, also contributing to the language we still speak today, and a civilised set of laws, appearing brutal to us in this day and age, but still much better than the Britons had been accustomed to. Now we come right up to the present!

The Covid-19 virus appears to be doing nothing but bad for us at the present time doesn’t it? It’s an actual plague, much like the Black Death of the thirteenth and fourteenth centuries and although we understand a lot more about how it operates now, than we did in those far-off days, many people are still dying, especially the elderly, and many more are sick with it, suffering damaged lungs and hearts and difficulties with breathing.

Yet even here, in many small ways, we are gaining from it. We are learning, tentatively, to work together at fighting it, we are learning to make better use of what we have in the way of food and resources because there’s no way of knowing what supplies are going to be like in the future, and we are learning the art of patience, because there is no short-cut through this problem. It’s all a question of ‘hang-in-there’ and hope you are one of the lucky ones who doesn’t contract the virus.

A lot of us are actually finding that we are, in a weird way, financially better off because of it, especially those who, like Jacqui and I have been surviving for years on the pension! We now can’t go out much, so we don’t spend money much, so we stick it in a savings account at the bank and watch it grow. Oh I know, vast sums of cash aren’t involved, but it’s certainly going to make life just that little bit easier for us over the coming months.

As I said at the beginning of this blog – I believe it’s been proved time and time again that a positive attitude almost always wins out in the end, no matter what difficulty is put in the way of success.

Do you try to have a positive outlook on life?