‘Memories of Malawi: The real value of my childhood stamp collecting’ 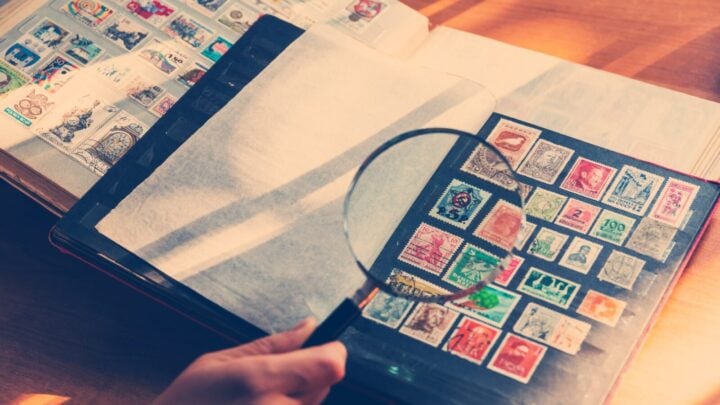 One of the early memories I cling to is from May 1951 when driven by a family friend from Canberra (then a booming metropolis of about 10,000 souls) to the New South Wales country town of Yass, about 50 kilometres north of the nation’s capital and, to this day, having an even smaller population than Canberra then did. Why I would have been driven to Yass when still in short pants and long socks escapes me because when I revisited the town for the first time half a century later, I couldn’t recognise anything that might have been a drawcard to anyone in 1951 (apologies, naturally, to any Yassians (?) reading this). And I was just six years old, remember.

The ultimate significance of that visit was that I bought a postage stamp there, so Yass must have had something going for its 2,000 or 3,000 residents to have A Stamp Shop on its main street! Big deal; so what, I hear the thunderous comments of other readers.

You may be too young to remember the old post-war, red-covered ETA (peanut butter) stamp albums with every page featuring a scattering of monochrome photos of various stamps of the world of the same size as the stamps themselves. The aim, for any pedantic, anal-retentive little stamp collector like myself was to obtain — by purchase, ‘swaps’ or theft — the necessary stamp to hinge over the relevant picture and thus move closer towards completing ‘the set’.

The most eye-catching photo-stamp in my ETA album was a vertical one-penny King George VI Nyasaland stamp featuring a rampant leopard on a rock. How exotic did that seem when the only wildlife in my backyard was the occasional bandicoot!?

You could hardly credit that covering that monochrome photo-stamp was now the green-and-brown real McCoy from Nyasaland, then a protectorate of the British Crown, bought that very day in Yass, NSW. You can imagine how offensive was the boasting little brat who showed off his coup at the next meeting of the Gladesville Public School’s stamp club.

You see, Nyasaland has always held a tiny, but special place in my heart. Even after it left the embrace of Mother England to become the independent republic of Malawi. It rarely featured on our evening television news bulletins, but when it did, I was a veritable encyclopaedia of information to bored family and friends — regaling them about this tiny land-locked pocket along the banks of Lake Nyasa, the most southern in a chain of lakes forming part of Africa’s Great Rift Valley, once called the birthplace of humanity by world-renowned anthropologists and historians.

But Malawi did make a bit of a splash in the 1970s when it became the only ‘Black African’ country to recognise the apartheid regime in Pretoria — mainly the result of a deal between South African prime minister Johannes Vorster and Malawi president Hastings Banda to allow 60,000 workers from resource-poor Malawi to work in the gold mines of the Witwatersrand and repatriate their income back to Malawi. Common sense, if you were a Malawian; not such common sense if you were a South African black struggling against that oppressive regime.

(I was reminded recently just how oppressive was that regime back then in the ’70s when watching the Denzel Washington — Kevin Kline bio-flick Cry Freedom, the life of the anti-racism campaigner Steve Biko. Grim stuff!)

Many more years were to pass without Malawi making much of a dent in my life or imagination until a Starts at 60 bulletin drew my attention to a news item concerning a 35-year-old Malawian who, it was said, died of heart failure during orgasm. It’s not the sort of thing I’d normally bother to read, except for the fact that it concerned that special little place of mine, Malawi.

And so, I thought, how tough it must be to live in land-locked, resource-poor, opportunity-bereft Malawi without accruing any credit, in this age of amnesia, for being the birthplace of humankind. And then knowing that the only two events that drew the world’s attention to you in thousands of years was a dirty deal to prop up the apartheid regime in Pretoria and a 35-year-old going out in a blaze of glory.

As readers might have gathered, I’ve always had a soft spot for Malawi and if I could write that, say, a cure for cancer had been found on the banks of Lake Nyasa, let no other journo get in my way — it’s my story! So, dare I be a rat and upstage the second claim to fame of that sad little country by reminding the world that Australia beat them to it?

In 1987, a prominent Australian political leader, a man who had occupied some of the highest offices in the land, also passed his last moments in such an, err, extraordinary way. You see, it can happen to anyone, whether among the highest or the lowest, and at least the investigating detective concluded that the said Australian political leader apparently “died happy”. Ahem!

This might be just another anecdote on the fringes of history, except for the fact that the Malawian gentleman was only 35. And the accompanying tosh which I assume was to soften the essential crassness of the story with some pseudo-scientific babble — much as sneaky adolescents used to say they read Playboy for the ‘stories’; Oh, yeah) — was a series of edifying ‘lectures’ concerning the dangers of sex to ‘older’ men. Whereas for older women, so the ‘experts’ informed us, it only gets better, a promise I promise to pass on to my wife.

I’m 76 now and not in the habit of disclosing whether I am or am not in danger of heart failure due to a sudden explosion of energy and action — of whatever kind, from whatever source. I’ll content myself with the wistful comment that I’m glad Nyasaland put its stamp on the world once more; and I hope that the last thought of the 35-year-old gentlemen as he felt the cool breeze off Lake Nyasa on his sweat-dappled back, was that he wouldn’t be dead for quids. Or, to paraphrase that old saying from Victorian England, did he just lie back instead and think of Malawi?

I hope we don’t have to wait another 40 years before that tiny little birthplace of humanity is once more emblazoned across the world’s stage. Because I’ll be dead by then. And whether I pass on with a bang or a whimper will be quite immaterial.

Is there a place that holds a special place for you? What's your earliest memory?