Mary Quant: The fashion icon we all wanted to be 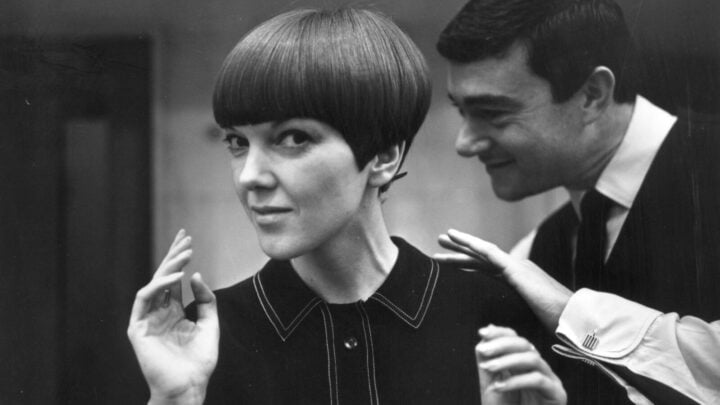 It was the late 60s. The world was changing. I was a teenager already in love with the new pop music that was now on the scene. Being the third of four sisters, I was ready to branch out and find my own style, tired of hand me downs and the choices my mother made for me.

Then one day in a magazine, I saw a picture of Mary Quant and I found my ‘look’. She became my instant fashion guru. I managed to convince my mother to part with the money to get a Quant style bob haircut at a real hairdresser, instead of the monthly hack from Mum or Dad’s scissors. The cut suited my straight brown hair perfectly. I was almost a ‘mod’.

I was blessed to have a mother who could sew anything, and I persuaded her to create a black and white op-art A-line shift frock with a daring keyhole. And my dear Mum managed it with some fabric she found in the op shop. Mum was now on board with my new look. I’ll never forget the day that a pair of black and white slingback shoes became mine, and a black and white cap to top off my look. I was thrilled to bits, as for once, I was the one who had the look down pat, instead of envying my groovier friends.

There was a dance coming up in the local school hall. My friends and I were so excited to have a chance to have a night out dancing to some pop music with hopefully some nice looking boys on hand. As the night approached I started to think about makeup. Makeup was not allowed in our strict home until I was sixteen. For the dance, I was a year too young. However, a judicious application of Savlon antiseptic cream on my lips created the pale white lips that were the latest fashion. All night I could taste the weird smell of Savlon. Just as well no boys tried to kiss me.  The eyes were next, I managed to apply some black Texta to give me a smouldering look. Dad was not home and Mum didn’t seem to notice.

Off we went in our finery. Myself and several friends were dropped off at the hall by our parents. It was a fun night of dancing to the ‘groovy music’. Boys hung around the edge of the hall or went outside to have a smoke. We girls danced together and giggled as we checked out the talent. It was pretty tame as several parents were on guard duty, although we did see a bottle passed around surreptitiously.

Unlike Cinderella, we were picked up earlier than midnight, and with the music still ringing in my ears and my memories of all of the compliments I had received on my fashionable ensemble still in my mind. I scrubbed off the eyeliner and drifted off to sleep. But, it would not come off. I had used an indelible marking pen and nothing would make it budge. Dad looked a bit confused but said nothing. Dear old Mum took note and for my sixteenth birthday, I received my very first palette of Mary Quant makeup. It made my day. I treasured it.

Looking back I remember how my dear Mum and I bonded over my new love of fashion. I remember the velvet flared pants she created from an old bedspread and a granny print blazer. Sadly I never had the patience to learn to sew but have fond memories when I think of my ‘mod days’ and my mother’s creative input into my wardrobe.

Was Mary Quant also your fashion guru? If not, who was?