A land of droughts and flooding rains 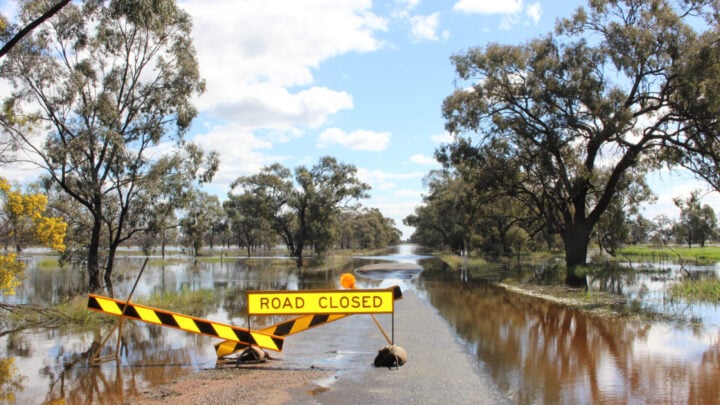 Dorothea Mackellar wrote the poem My Country in 1908, from which the lines here – surely the most quoted – are taken:

I love a sunburnt country,
A land of sweeping plains,
Of ragged mountain ranges,
Of droughts and flooding rains.
I love her far horizons,
I love her jewel-sea,
Her beauty and her terror
The wide brown land for me!

Mackellar wrote that just seven years after the Australian colonies got together to become the Commonwealth of Australia. More to the point, in the present situation, is that it was only 15 years after the great Brisbane flood of 1893, the worst to that date in settler Queensland’s history. The 1974 flood was the deadliest. The 2011 flood was the worst (the highest peak recorded). The 2022 peak, just passed, was significantly lower, though the flooding spread wider. There have been floods between times, each of them unique – and uniquely terrifying – in their own way.

The point is that Mackellar’s paean to an Australian Australia – a novel notion  in 1908, when England was “home,” though not to Mackellar who was a third-generation Australian, and still so today, 114 years later,  for some – is not only an inspiration but is also descriptive of the facts: Australia is precisely a land of drought and flooding rains, as we are constantly reminded.

Droughts kill cattle and sheep, and ruin farmers and graziers, however, they are urban inconveniences, not existential threats. Among the 66 per cent of Australians who live in capital cities and a large proportion of the 86 per cent who live in an urban setting, droughts are chiefly talking points.

Not so floods, certainly in the urban sprawl of the eastern seaboard where, often, planning, loosely defined, proceeds on Rafferty’s rules. There, rivers regularly flood cities and towns and cost billions of dollars in insurance claims. The running total of the latest Queensland and northern NSW floods, only now receding, was assessed late last week at around $2 billion. Most private property is insured, sometimes, these days, at premium prices, though some are already effectively uninsurable.

Suncorp chief executive Steve Johnston told the web-based newspaper InQueensland last week there would be homes that had been repaired three or four times and there was an urgent need to develop resilience against disasters by rebuilding homes to better cope with major flooding events.

InQueensland reported him as adding: “In the last 50 years we (Australia) have put people in the face of these disasters because of planning laws. That’s not a criticism of this government or any government in recent times – it’s happened over almost a hundred years – so we’ve got to address that.”

Sure. That’s very much part of the answer to Australia’s specific flood problem. It goes directly to issues beyond the practical side of building standards and planning laws – to lifestyle choices and affordability, as well as to the profitability of the property development sector. Being resilient and never saying die is a part of the Australian character we like to reference when disaster strikes.

But at some point, it probably makes more sense to end the Black Knight act – “come back here and I’ll bite you on the knees” is hardly a sustainable response to any challenge – and to recognise reality. That’s reality, not real estate.

There are no easy answers, especially since the answers most deeply involved in flood avoidance are inherently political. That fact is underlined every time a state premier or prime minister pops up at a flood photo opportunity in his or her Hi-Viz and wellies and promises we’ll build it all back.

Shane Stone, former Northern Territory chief minister and currently Coordinator-General of the National Recovery and Resilience Agency (and chair of the Council of the Order of Australia) also bought into the argument last week. Stone’s not one for nuance and lateral thinking. He’s more your open mouth, place foot in it, sort of bloke. Responding to the Queensland and NSW floods, he said: “You’ve got people who want to live among the gum trees – what do you think is going to happen? Their house falls in the river, and they say it’s the government’s fault.” Stone forgot the first rule of politics: Never blame the voters. But (thinking laterally) it’s hard to argue with his point of view, though of course the Labor Party instantly did so.

Yet few people are ready to look seriously at a real reset, at building where there’s very little real risk of a “100-year-flood” every ten years or less. Even in a bad La Niña cycle, the complacent message seems to be: Welcome to climate change – ignore it.

More dams – we hear these calls after a major flood – might be part of an overall answer. But we should have learned by now that managing Australian rivers is a whole-of-flow issue. River systems take no notice of arbitrary colonial boundaries or bureaucratically convenient local government areas, and nature is remarkably resistant to the concept that humans can control it.

Unfortunately, the latest 100-year-flood may simply reinforce the prevailing Australian view that building on flood plains below the conceivable flood level is fine until it rains a lot, and then it’s someone else’s problem to fix.

Was Dorothea Mackellar onto something?