‘Gender quotas aren’t doing much to help women in politics’ 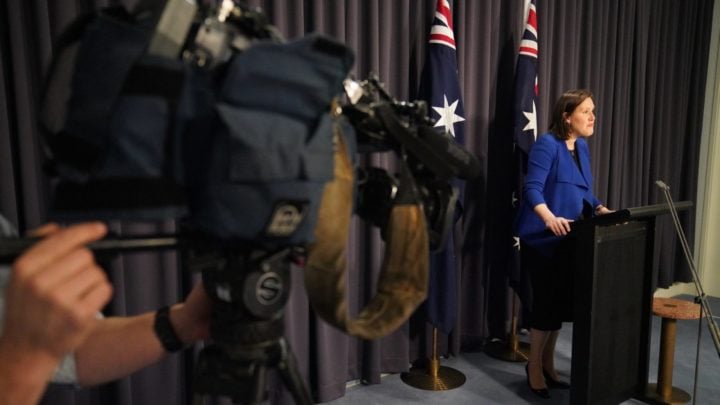 It is important to the vibrant health of a community that debate and dissent are given plenty of opportunity to challenge standards. It’s the only way to guard against mediocrity and complacency, and to foster the innovative and exceptional.

Hence, oh dear! Liberal minister Kelly O’Dwyer has not done the gender quota any favour, has she, having recently announced her resignation from politics.

O’Dwyer had no children when she put her nose in the public trough. As a happily married woman, she gets pregnant twice. Surprise, surprise! Well done. Quite natural. Raising two lovely children.

But with her resignation comes the sob story about how she misses the development of her growing children. Well, goodness me! Isn’t that exactly why young mothers tend to stay home and raise their children to be good citizens?

Apparently, the alternative is to pay exorbitant sums to allow another to develop them. Sure, it might not be the same way a natural mother would want, but it is close enough to allow you to go and earn sufficient to pay for the second car, or four bedroom McMansion/studio/lap pool/workshop et al. Those who choose to stay at home make decisions about living more modest lifestyles or in affordable accommodation with fewer bells and whistles.

Someone will have to remind me again, what was this about gender quotas? Efficient, ambitious women want to attain their positions on merit because they were the very best for those jobs. Not because some ‘feral lefty’ wants a law that makes the gender numbers equal, irrespective of ability. Gender quotas are extremely insulting to all working women.

For millennia, women have had to ‘take time out’ to rear their young to their beliefs and satisfaction. It was natural.

It is also why — before ‘political correctness’ reared its ugly head — many business managers who were in charge of a profit centre employed to run a good company at a reasonable profit, or lose their job, were loathe to employ a lady of child-bearing age simply because there was no continuity. The thinking at that time was, “if we can do without that person for X number of weeks/months, then just possibly, we could manage without them altogether”. Harsh? Commonsense? Realistic? Old fashioned? Sure.

However, the nation is on a slippery slope anyway. We are continually lowering our standards in almost every walk of life. Teachers who cannot spell or do the most basic of maths. University entry levels lower than ever. Politicians spending the tax payers’ money as though there is no tomorrow. Some call it progress.

I’ll be so bold as to say that I would welcome Peta Credlin as our prime minister within the next 10 years. She oozes common sense. She has a commendable CV. She was not ‘union bred, union fed and union lead’.

Before you get your undies in a twist, think about it. Two years ago the American public did not vote for Donald Trump, but rather against the status quo. Now the United States leads the world in the economy, the share market, employment of ethnic races, and, some would say, a more honest and balanced media.

No gender quotas please? Promote on merit only.

What do you think about gender quotas in business and politics? If you were a working woman, what did you do when you had children?