Jason Kubler is on fire: Kyrgios and Djokovic better watch out 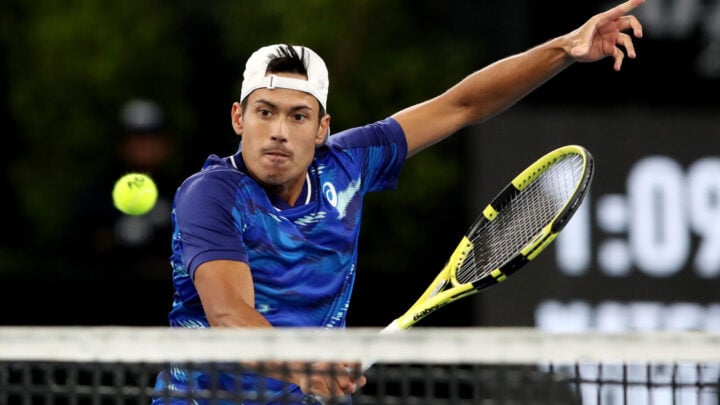 “Compelling, commanding, cunning from Kubler. Oh, what a win!”- exclaimed the tennis commentator.

Indeed from the first shot till the last, Kubler’s victory against his brilliantly playing opponent in the first round of the Adelaide International two has been described as the best in the entire season of tennis tournaments leading up to this year’s Australian Open.

And this includes Alex Deminaour’s spectacular victory against Nadal in the United Cup and Djokovic’s winning the 2023 Adelaide International one.

It might not be too wild a prediction to make that Jason Kubler might just emerge as the most exciting and well-rounded Australian tennis player since Ash Barty’s retirement and part of this is his beautifully balanced and humble personality.

Kubler beat his ‘take no prisoners’ opponent, the Argentinian Etcheverry in two straight sets in his first match of the Adelaide International two.

It was a master class of nearly faultless tennis by Kubler, that left an emotional John Fitzgerald heaping praises on Kubler in the post-match interview.

He downed the athletic Argentinian in two straight, but extraordinary sets, where Kubler had to fight for every point as if his life depended on it, in the face of the relentless attacks of his opponent who threw everything at him.

The Argentinian had five break points against Kubler yet could never break him.

Kubler outplayed his brilliant opponent with a number of superb first serves averaging 76 per cent-in, returning superbly, and often winning against his opponent’s second serve.

I was very impressed with Kubler, the week before the Adelaide International two when he played for Australia in the inaugural United Cup.

Though Australia lost to the UK 2:3, Kubler secured the first of only two wins against the UK.

It was not a good start for Australia in the inaugural United Cup to lose the first three matches against the UK and in doing so hand them victory.

It did not help that the top Aussie players Nick Kyrgios and Ajla Tomljanović pulled out of play because of last-minute injuries.

It was Kyrgios’ withdrawal, which enabled Kubler to make his debut on behalf of the Australian team in the fourth game against the UK.

I wonder how Kyrgios felt watching his compatriot whipping up the Aussie audience into such wildly enthusiastic support for him, which was nothing short of the ones that Kyrgios manages to attract.

And Kubler did this without any theatrics, through the sheer excellence of his play against Evans, which was arguably one of the most extraordinary matches of the inaugural United Cup.

Kubler seemed to have turned his virtual namesake Kübler-Ross’ five stages of dying on its head to come back from near certain wipe-out at 0:5, to claim victory in the second set of the United Cup and win the match in two straight sets against his English opponent Evans, rated ahead of him by 80.

Kubler-Ross’ first stage is ‘denial’, and Kubler revelled in it, with a ‘never die’ attitude when he was down 0:5 games against his opponent.

The second stage is ‘anger’, which Kubler turned into sheer grit in refusing to die.

The third stage is ‘bargaining’.

Kubler certainly bargained for every extra point to stay alive; one at a time.

The next stage is ‘depression’ which Kubler managed to overcome by reaching out for audience support and surfing on the home crowd’s ever-higher waves of enthusiasm to keep up his spirit to fight back.

The final stage of ‘acceptance’ was reserved to accepting victory only, which he managed to clinch by forcing a tie-breaker after being down to 0:6 in the game and then winning it with flying colours beat his opponent with an impressive 7:3 score in that second set.

But second set was a very different story.

It was not that Kubler played poorly, but Evans seemed to have found his balance and played near perfect tennis to run away to lead 5:0.

He was so confident, energised and skilful that it appeared that he was going to win the second set decisively.

But Kubler refused to be intimidated and kept fighting back, punctuating every won-point with boost from the ever more vocal home audience barracking for him.

His extraordinary resilience started to rattle Evans who for his first five victorious games in the second set kept emphasising his superiority by waving his fist in triumph against Kubler at every won-point.

But the tide turned and now Kubler seemed to have become irresistible and Evans was increasingly put off his game.

But Kubler equalised forcing the tie-breaker, which he won decisively.

It is very rare for a tennis player, especially against a much higher-ranking player, to come back from 0:5 down to win a set.

There was a similar situation, in the 2022 Australian Open Final, when Ash Barty won the first set in the final against Collins but was down 1: 5 in the second set. Remarkably, she also came back to win 7:6 and in doing so won the Australian Open.

But then, she was the amazing Ash Barty, the world number one.

Kubler then proved that his victory against Evans was not just a one-off fluke sensation when he helped Australia to defeat Spain 3:2 in the United Cup, by once again convincingly beating the higher-ranked Albert Ramos-Vinolas.

Over the last two weeks, Kubler emerged as a most interesting, self-composed, and effective player.

His serve is not worse than Kyrgios’ and Djokovic’s and his 76 per cent average to make his first serve is very high.

He is not intimidated by higher-ranked players and he is able to maintain getting in his first serves and then control the point, even in the most stressful situations, including those times when his opponent has break points against him.

And unlike many players, who find it hard to clinch victory against higher ranked players by serving successfully for the match, Kubler is able to compose himself and serve and play at the top level right till the last point.