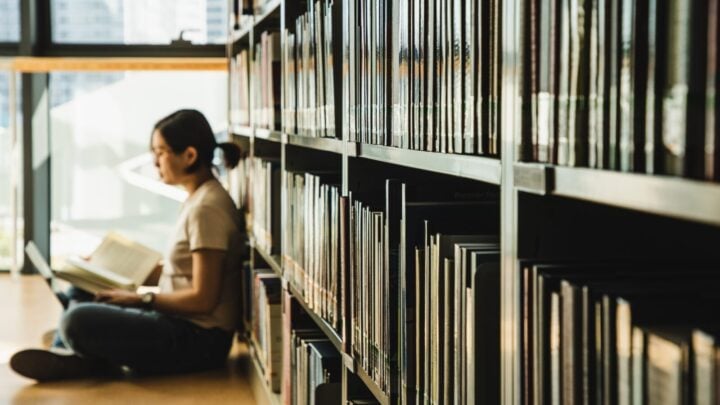 Rod wants you to consider the number of international students stranded in Australia due to coronavirus. Source: Getty Images

If you’re a keen observer of life — and most journos are, or should be — living in a regional city or town can be quite an eye-opening experience. Things that pass you by in a big city as you are swept along in the desperate crush to get that last train to Samarkand, or wherever, are as clear as daylight in the bush because there is no crush. And everything stands out like dogs’ proverbial.

I mulled over this notion a couple of weeks ago after noticing a pattern of behaviour that ought to stand out from any crowd. For about the third or fourth time I saw an elderly man, one of my mildest acquaintances, and his wife escorting a group of teenage girls to one of our town’s more popular coffee shops and eateries.

No big deal about that, so I hear the puzzled question. Except that the girls were all of east Asian appearance and from what I could distantly tell, didn’t have the greatest command of English. Naturally, my journalistic interest was pricked and further discreet inquiries revealed a remarkable story.

These girls were among a significant cohort of boarding school students from mainland China who had been trapped in Australia by international travel restrictions flowing from the Covid-19 pandemic. Moreover, they were universally young, probably all under 16 with some as young as 12 or 13, and as the pandemic fell on them at a time when they and their families had assumed that a reunion, either here or in China, was a totally predictable eventuality, some had now been stranded in Australia for close on two years.

You probably wouldn’t notice such a group in a big city, but regional Australia has been a haven for private boarding schools for well over a century. As the economic sheen has been rubbed off rural Australia, taking the economic base of private school populations with it, so such schools have been driven to seek replacement students elsewhere, simply to stay afloat. Primarily in Asia.

That’s a fact of life, but it’s one that could be easily overlooked because of all the on-again, off-again, public noise about repatriating Covid-stranded Australians overseas. Not that I am devoid of sympathy, either for those Aussies trapped abroad or their families here, but their profile is considerably higher than that of foreigners who are trapped here, just as upsettingly.

Indeed, two of my acquaintances are in that position precisely. One whose health is not all that flash, has her only child in Hamburg, north Germany, one of the epicentres of European Covid-19, while another has the constant worry of a child trapped in Beirut where, frankly, anything can happen.

Meanwhile, I’m having a quiet afternoon decaf flat white watching this small party a couple of tables away. It seems that the saintly couple who have taken this group of stranded Chinese girls under their wing, have a child stranded abroad themselves, and so must feel keenly the isolation of their charges. And are taking up the challenge. Which, of course, is quite voluntary on their part.

That makes me wonder, too. Why, if foreign students are so integral to the wellbeing of our economy now and if they are stranded here in order to protect the entire Australian community from imported strains of coronavirus, why then is the welfare of such very young people (who we have encouraged to come here at great cost to their parents) offloaded onto volunteers?

On the other hand, however, I shudder to think of the off-hand treatment they would get if the Government actually accepted some responsibility for these kids and decided to place their wellbeing in the hands of a humourless, clock-watching bureaucrat. At least their present hosts can always see the funny side of things, as the girls seem to be giggling away happily. Between iced chocolate drinks and French pastries.

It’s not something we think much about as Australians, but when I see a mall group of kids from a quite different environment from our own, I wonder what it must have been like to have been a settler here from the other side of the world, especially in the 19th century, when things were so much grimmer than they are now.

I try to put myself in the shoes of all those Wises and Bridges and Thomases and Tudehopes who left England, Wales and Scotland around 1850, not really sure what to expect on their arrival in ‘Gondwanaland’ nor whether they would ever see close family members again. And knowing that any letter they sent home would take months to deliver by which time the recipient could be well and truly dead. Although you had just replied to their last letter as though it was chat over the back fence.

We seem to have forgotten how terrifying it must have been to give up everything you ever knew or held dear to climb aboard a frail piece of timber and canvas and head off into the virtual unknown. Yet millions did it and we’re here today as proof that it wasn’t impossible if you had the motivation and the determination. When I look back, and when I talk to others about their own immigrant stories, I realise the common thread in all these stories is determination. I wonder whether we would be quite up to it today?

One thing is for sure and that is this little group of Chinese school students — they’re brushing the crumbs off their clothes now — must be up for it. They don’t look particularly determined, rather dorky if you ask me, but to be sent to a wholly new world by parents who obviously want more for their children than for themselves — rather like our own forebears — and do so, apparently uncomplainingly.

Maybe they do cry themselves to sleep at night when the lights go out and nobody is within earshot. If absence is all they have to endure so far from home, then I think we should tip our hats to the volunteers who give up their time and money, with nothing to gain for themselves, to spread a little cheer and attention to those who might need it. And perhaps an éclair or a far Breton, if there are any still left over in the glass case below the counter. I know I should.