‘I turned my back on a friend, but for good reason’ 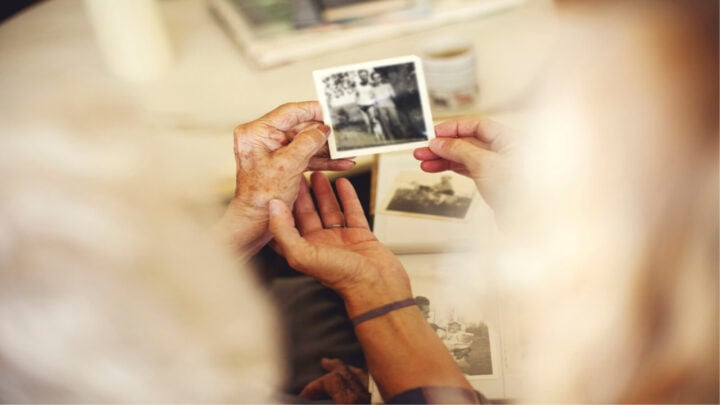 Do you consider yourself a loyal friend? I do. In fact, it’s one of the qualities I pride myself on. I am a fabulous ally and my friends will tell you so. The kind of person who rescues the struggling black ducks of the world. I get involved in things that matter to the greater good. A year ago I was invited to join the board of a community club. It is a registered club and has struggled financially for years. The impact of Covid-19 led to it being shut down and while the doors were closed strange secrets were revealed.

The board was comprised of a few old friends, a mismatched group of self-interested members with individual axes to grind and a pair of devoted siblings. I had a long-term friendship with one of the siblings, their offspring and grandchildren. I have attended their family’s births, deaths, marriages and even divorces for decades. A family that I have shared holidays with, attended school events and dance rehearsals for more than a quarter of a century.

Whilst the club was shut down we learnt piece by piece that the sibling president had been engaging in conduct unbecoming to a member. These were not minor infractions. They involved unauthorised use of funds, misuse of resources, deliberately misleading the board, bullying and outright lying. Under our signed board members’ code of conduct and out of our responsibilities to our club members, we were obliged to act to remedy the situation.

Board members who shared a long-term friendship with the responsible sibling were emotionally torn. We gave consideration to the potential impact on our long-term friendships. There was angst for days, weeks and what became months. In the interest of fairness, I sought independent legal advice and consulted with The Ethics Centre at my own cost. I wanted to be absolutely clear in my mind that we had afforded the soon to be ex-president due process. Their advice was unanimous. There was no option but his removal and a vote of no confidence to remove the rogue sibling as president was passed by the board with a minority of two – the president and his sibling – voting in his favour. During the fraught process, the sibling said to the board “what you’re doing is disgraceful!”. No, it wasn’t. It was the responsible and honourable thing to do for our members and we would have been negligent if we had failed to act. The rogue sibling insisted he would remain on the board and “looked forward to asking questions from the other side of the table”. He never attended another meeting, never replied to another email or text from the new president. In the end, he would eventually be cited for breaches of the code of conduct and conduct unbecoming a club member. He did not reply to the citation notice, failed to appear to defend the charges and subsequently resigned from the club just hours before the citation hearing without so much as a whimper. Would an innocent person fail to defend their reputation if they were convinced they were acting with integrity?

As a result of the vote, I was elected to the executive unopposed. With her spouse critically ill I was concerned for the remaining sibling and I arranged for a bouquet of flowers to be sent to her as a gesture of goodwill on behalf of the board. The gesture remains unacknowledged by her even though she was told who organised the gift. I explained that I would never intentionally hurt her but in light of our discoveries, we had no option but to act. She declined my invitation to meet in private to go over the evidence because I wanted to spare her any further public humiliation.

Since the rogue president’s departure, the club has reopened. It posted a profit for the first time in years. Is that pure coincidence or good management? Only time will tell. Now there is a new vibe around the club, vitality and enthusiasm for the changes and the challenges that lie ahead of us. When we see the staff now there are smiles on their faces and people are welcome to express their opinions.

Yet the question remains at what point does loyalty outweigh integrity? The consequences of that vote of no confidence have cost me a long-term friendship with an extended family I have known for decades. If I had known how it would have worked out would I do the same again? Yes, because there is a greater good at stake. This issue was more important than a handful of people; it matters to our community long into the future. One day I hope this family might recognise that I acted to protect a valuable community asset.

Have you ever had to sacrifice a friendship?