‘I feel guilty for enjoying the isolation’: Over-60s get real about Covid 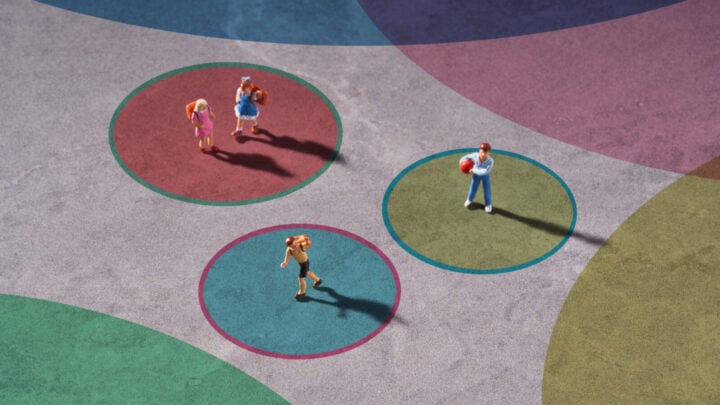 Susan takes a closer look at how Covid has affected over-60s this year. Source: Getty

I posed the following question to my Facebook friends: Do you feel you’re losing your grip on reality because of ‘shielding’ or not being able to move out of your ‘social bubble’ and because of mask wearing and social distancing?

I received a number of replies. This came from blogger Jacqui Lee: “Yes, the last month has been harder. Mood swings and a dreadfully monotonous pattern. Chores seem to be more depressing. Not seeing friends from different areas of life. But now we have a little freedom in Regional Victoria, unlike Melbourne, [we’re] back to shopping where we want, some cafes and pubs open with limited numbers, and live music. it helps.“

Another came from blogger Sue Leighton, who lives near Brisbane: “I’m certainly not losing my grip on reality. Like everything in life, it is what it is and one just has to deal with it. Given my limited mobility, the social distancing hasn’t been much of a problem for me, and, other than at the hospital last Monday, it’s the first time I had to wear a mask (very hot and made my glasses fog up). Like the majority of people, we follow the health directives – wash one’s hands frequently, avoid public places, and maintain social distancing. It’s not rocket science. I just wish the minority would do the same. In the interim, I play my music, cook, do the chores and get on with the day.”

Libby English replied to Sue Leighton, saying: “It hasn’t really affected us either but we do live on a property and social distancing is the normal here? When we do venture out though we follow the guide lines put out by the health department here in QLD.

“It really makes me wonder how many of the younger generations would have coped in our parents’ times. We even had a few hairy times in our younger days. Losing my grip on reality, many would say that happened a long time ago for me.”

Then Garry Greenwood, an Australian in Europe, commented: “I feel a bit guilty because it hasn’t bothered me so much. I was travelling in Asia and was forced to change my travel plans and ended up in some unexpected places. Thailand and Amsterdam and Berlin, which was all good. I managed to get health insurance from a foreign company. Australian insurers won’t touch us. I’m not stranded overseas like the 100,000 or more abandoned Australians overseas. I’m staying away till it’s all over. No complaints other that the shock at the hostile reactions of my fellow Australians for continuing my life almost unaffected. During my travels I painted over 30 paintings of unique native Australian birds. I am negotiating with a few venues in Europe to have them on permanent display as a bit of a reminder of the hundreds of thousands of birds that died in the December bushfires.”

Robyn Green followed, writing: “Personally I’m fine. Like Libby, I live in a fairly rural area and am not someone who spends a lot of time entertaining or visiting with others. My heartache has been for my father who has been in lockdown or semi lockdown in aged care. He’s only 15 mins away but battling to see him, or get him out for walks has been a struggle. I am sad for so many in aged care who are totally isolated from family. In all honesty, I rather like social distancing to a degree (although I’ll be happy to hug friends I see in the street soon). I love that flu is at historic lows in Australia right now. I love having time to watch nature and be peaceful. I am totally grateful for family and my health. I’m sad that divisions have formed over masks, social responsibility and generally putting others first.”

Grace Macdonald said: “My first thought was ‘No’, then thinking again I thought, hang on a minute, I drove to a letter box and started looking around to see who was near me.

“I get groceries delivered, even medication. Most shops are open, but I’m not game to go. I just feel uneasy.I suppose being 80 and in the high risk area I have more reason than most to be careful, but the longer it extends the more I feel so safe in my small palace that shopping centres seem far, far away.

“Fortunately my daughters will drag me out when the time comes because I am getting far too comfortable.”

Then I heard from a British friend who pulled up sticks and moved to Greece. Here is her take on the situation: “I made the major decision to move to a small Greek island, Póros, last year. I moved into my house here in November, bracing myself for the winter. Winters can be hard. But then lockdown happened – much earlier than anywhere else. This immediately cut me off from friends and we had to text every time we went out [to have] permission to shop, exercise, etc. We found a way to visit each other by entering that we were visiting the elderly! Making sure to take an item of food in case the police stopped us!

“But as time wore on, I waited to feel panicky, homesick, depressed. I didn’t. Then I started to worry that I should be and that worry became more obsessive than anything actually being wrong. I found many things [to do] just to busy my day. I started making face cream from olive oil, beeswax and essential oils – this developed into a little cottage industry as it became so popular amongst my friends; and I still make a batch each week. I cooked relentlessly for the freezer, experimenting with the many exotic spices which I had picked up on work trips to India, made everything one can possibly make from the produce of my lemon tree, went for long walks which involve a lot of steep steps so a real daily work out resulting in weight loss. Hooray! I made a rule not to have an alcoholic drink until after 6 pm. Sometimes that was tough! Gradually, we were allowed on to the beaches again, which was bliss as they were deserted. And still I felt guilty that I felt ok. This was compounded by serious health concerns for my mother back in Scotland. A cancelled hip replacement which eventually saw her having to use a wheelchair and being in terrible pain. Fortunately, she has now had the op and is doing well. But, I can’t get to her!

“Maybe it is the thrill of my new life – something I have aimed at doing since I first worked here over 40 years ago – spending time with old, new and renewed friends. The weather has been hot and humid, all my work in tourism has been cancelled. But, the joy of wandering around the island on my quad bike, creating a garden, swimming every day in blue, blue waters. I haven’t felt panic, boredom or anything negative. I just feel guilt at not getting those feelings – and I would like to make that trip back to Blighty.”

As for me, my occasional loss of grip on reality comes when I’ve finished doing my night-time reading in bed and I turn out the light and snuggle down all cosy and comfortable and feel happy as if all’s well with the world and then I remember about the pandemic and face reality.

How have you handled social isolation this year?