I immediately began searching for age-appropriate activities, a quest that would lead me to discover something I wasn’t rubbish at -- being a wall! Source: Getty

Anthony Pollock was born in Northern Ireland in 1956 and lived with his family in Cregagh, south-east of Belfast — the birthplace of football great, George Best. Football in Northern Ireland, like almost everywhere else in the world, is a way of life. I too, played football as a boy but very early on discovered I was rubbish at it.

Unfortunately, the other way of life in Northern Ireland during this time was sectarianism – euphemistically referred to as ‘The Troubles’. Eventually, my family and I had to leave the country of our birth so, in 1973, we emigrated to Sydney, Australia, and settled down in Glenfield. I soon realised rugby league was the preferred football code in New South Wales so, like any new kid wanting to make friends, I decided to give touch football a go. I was rubbish at this, too.

Following this fresh wound to my pride I decided it was time to try and make my own way in this wonderful country I now called home. My life thereafter followed a relatively predictable course: I married a beautiful woman, raised two wonderful children, and worked at various jobs. It also included disappointments, heartaches, and illnesses leading to divorce, anxiety, and social isolation.

Then, to make matters more interesting, in 2020 I was diagnosed with early-onset dementia. My doctor’s advice was to find pursuits that stimulated my body and mind. I immediately began searching for age-appropriate activities, a quest that would lead me to discover something I wasn’t rubbish at — being a wall!

Having never heard of walking football, I was intrigued when I came across a group called Walking Football Brisbane (WFB). According to the website, walking football is a social, non-contact, small-field version of soccer in which running is not allowed.

‘This is my kind of game,’ I thought. Coincidentally, one of their four venues was only minutes away from my home.

That weekend, I went to Bowen Hills to watch walking football, and I liked what I saw — people my age playing, laughing, and having fun together. I signed up that day and have the photo to prove it. 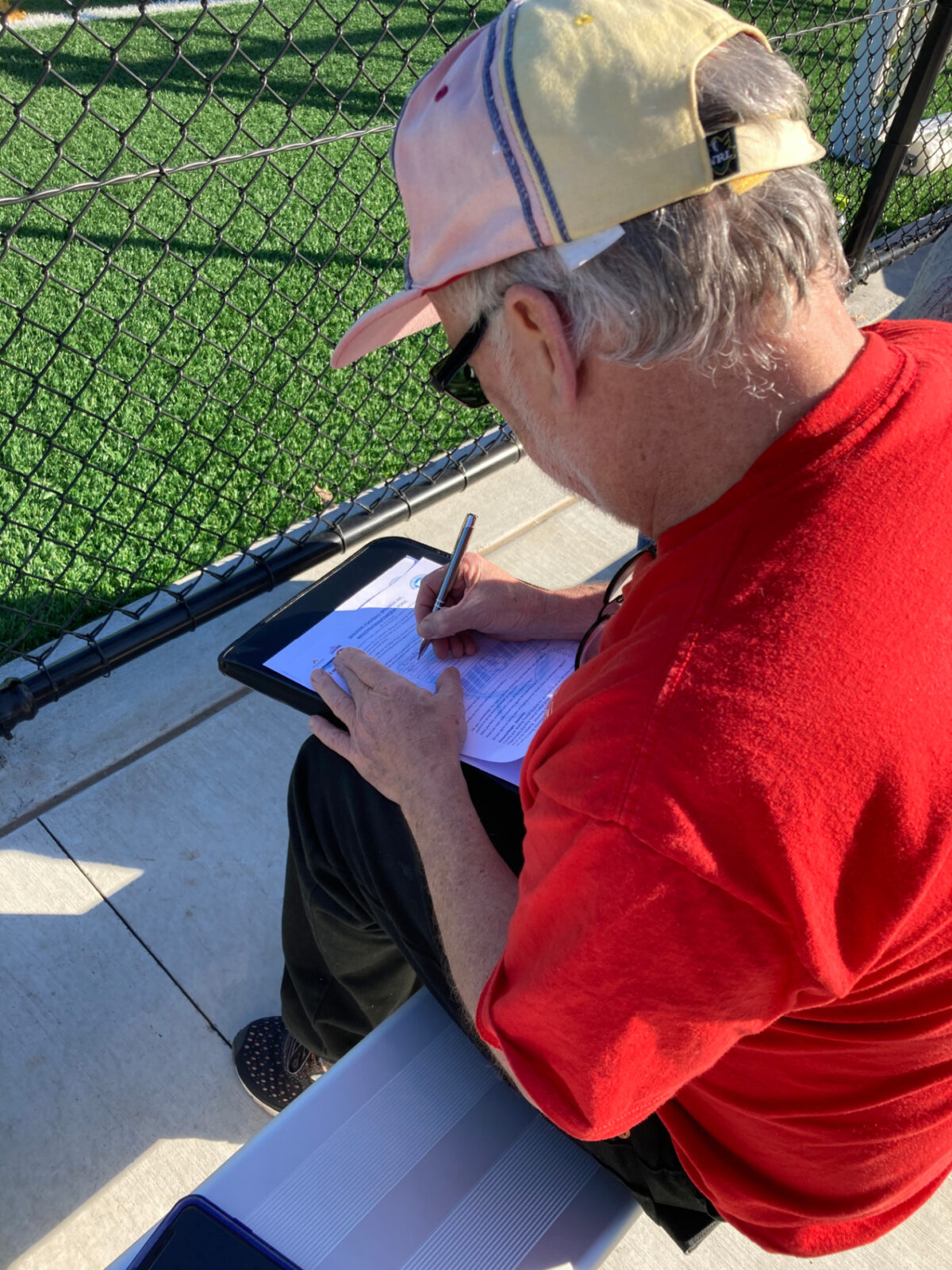 Two weeks later I went to Coorparoo to play walking football. About 30 people showed up for the session and, as the new kid on the block, I was welcomed with open arms. After a brief meeting to recap the rules, coloured bibs were handed out to create teams. Then, upon the referee’s whistle, my first ever game of walking football began.

Given my lack of fitness, I was pleased the two-hour session of walking football was, in fact, broken up into seven short games of about fifteen-minutes each. Nonetheless, I was surprised by how tiring walking after a football can be. I happily, therefore, volunteered as goalkeeper for our second game, a position I’d never played in but one which required far less walking than being in the field. And this is where and when my life changed. 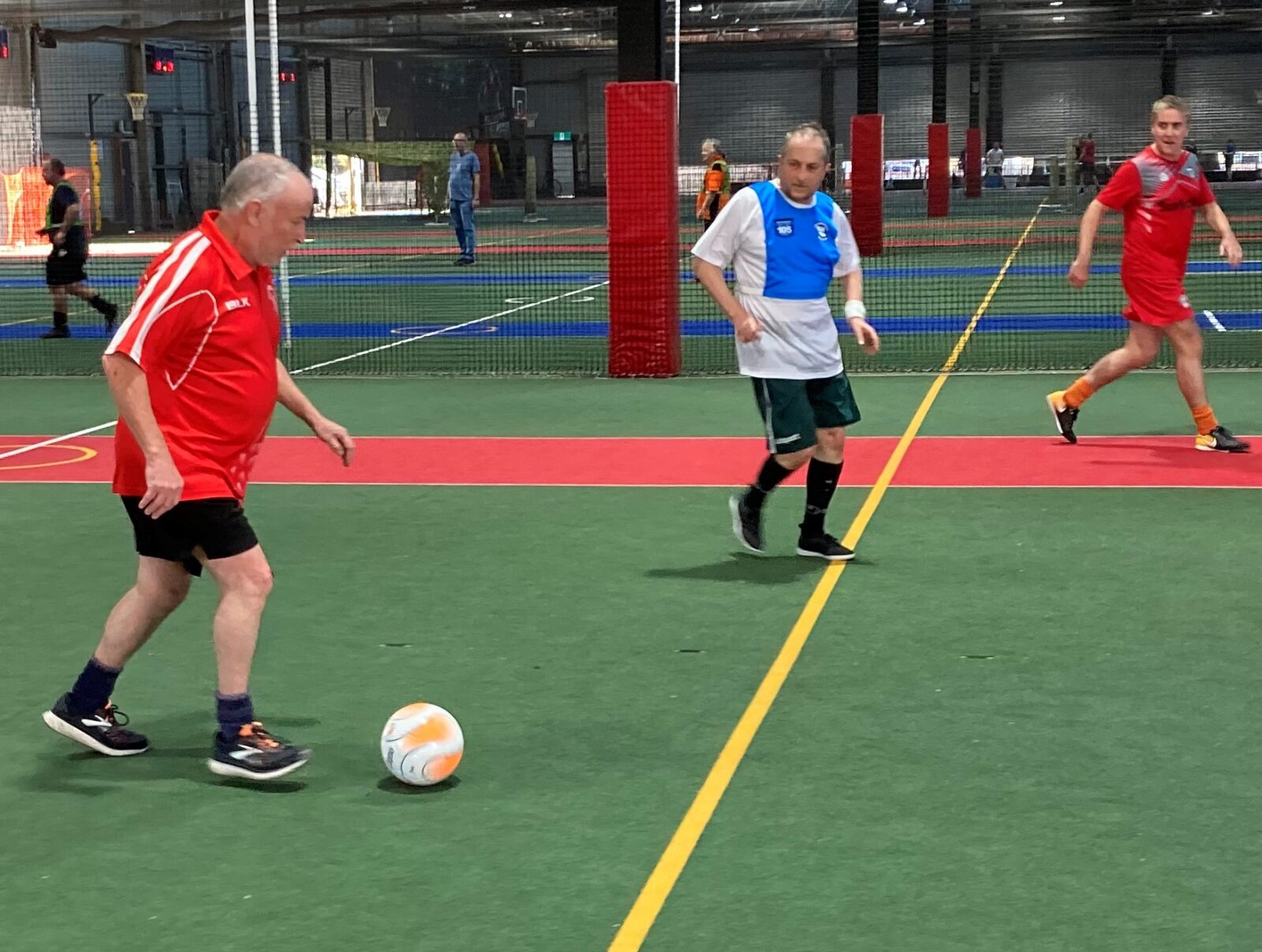 A goalkeeper’s responsibility is to keep the ball from crossing their goal line. So, here I am, my first experience as goalkeeper and yet I find myself feeling calm and focused, almost as though this is what I was always meant to do. Then, as the first shot is rifled towards me, I instinctively dive low to my left-hand side and watch as the ball deflects off my outstretched hand and away from my goal, a feat greeted by cheers from players on both sides. As I picked myself up off the ground it occurs to me that I may have finally found something I’m not rubbish at, so I decide to stay in goals for the remaining five games of the session – and I continue to do well.

Since then, I’ve worked hard to become the best shot-stopper I can be which has resulted in being selected goalkeeper for the WFB Inc 60s Representative Team and in my being flattered with the sobriquet ‘The Wall’, as in Anthony ‘The Wall’ Pollock – because nothing gets through a wall.

Accolades aside, the greatest reward has been meeting a truly wonderful group of people, many of whom I now call friends. Walking football has improved my life beyond all expectations. I’m now physically fitter, mentally sharper, and overall happier than I’ve been in a very long time. There are, of course, still occasional bad days, but they are now few and far between. Each new day, however, now offers another opportunity to stride out onto a walking football field, take my position between the goalposts, and say to myself, “Go ahead, try and beat me, if you can. I once was rubbish, but now … I’m Anthony ‘The Wall’ Pollock”. 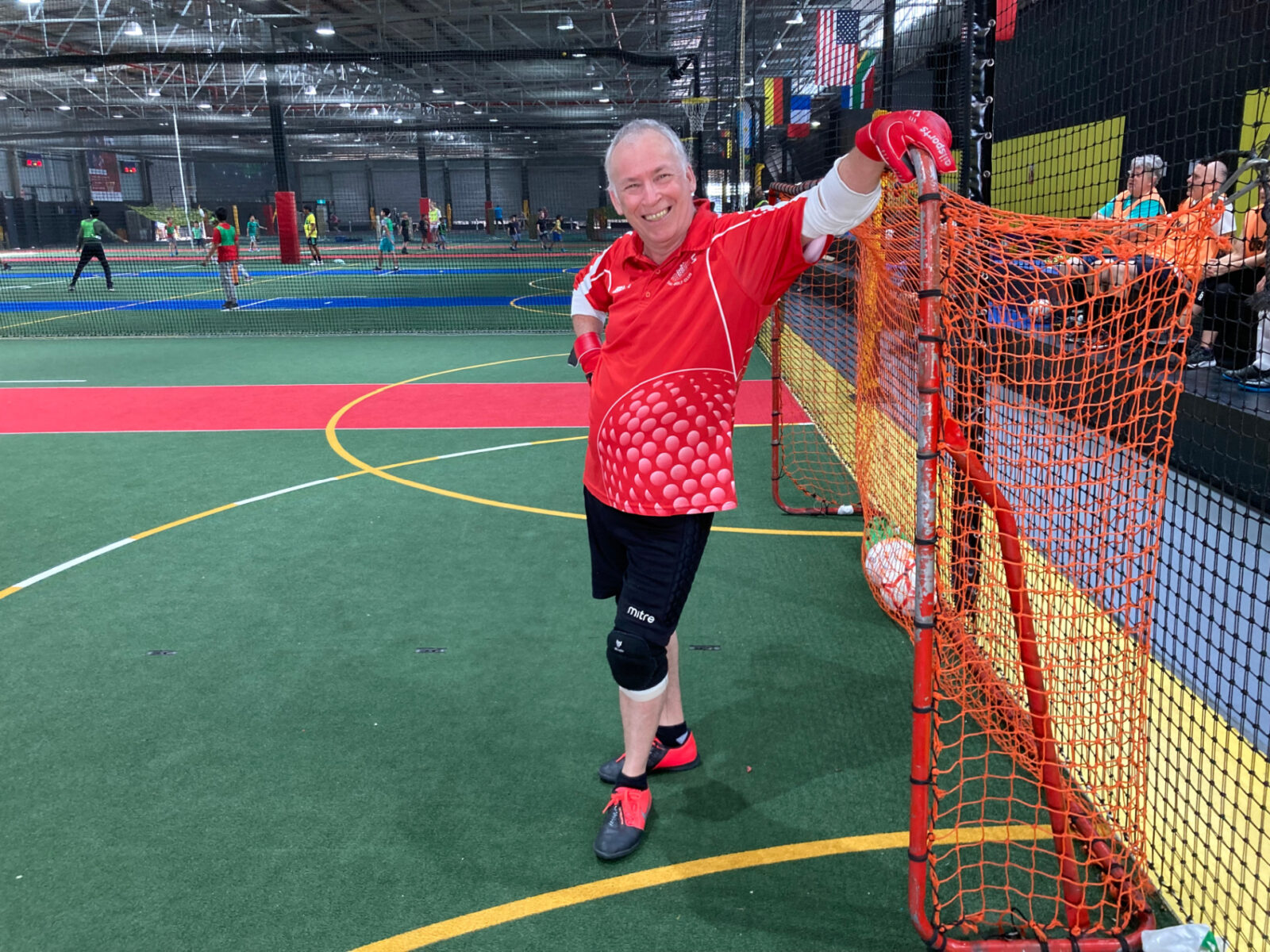 Have you tried walking football?