‘From astronauts to zoologists: Remember what you wanted to be when you grew up?’ 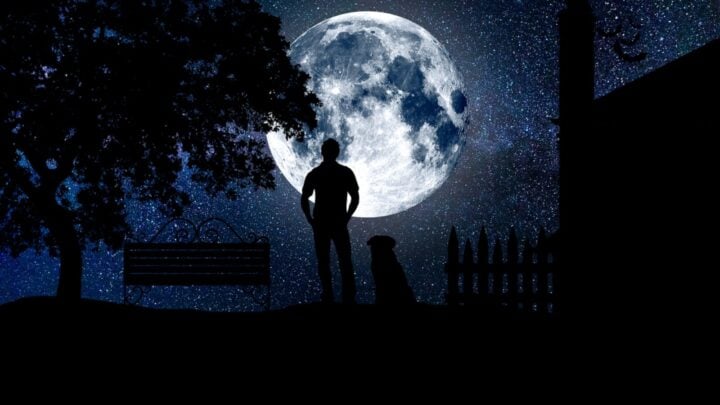 Is knowing what we're going to be when we grow up written in the stars? Source: TweSwe/Pixabay

Last year, I asked my Year-6 grandson if he had any idea of what he wanted to be when he grew up. The answer was blurted out straight away: “An astronaut”. Whoa! Okay, fair enough. He was so confident, there was no hesitation or umm-ing and ahh-ing. A maths and science boffin. School vice captain. High achiever.

That was last year. This year, 2021, he’s going to be a little fish in a big pond and I wonder if his aspiration will change when presented with a wider vision that comes with secondary education.

If I recall correctly, I had no idea in primary school what I wanted to be when I grew up. It was only during secondary education that a flair for languages surfaced and I declared my intent to be an interpreter “at the UN” no less! Did you know what you wanted to be when you grew up? Did you actually achieve it? I certainly didn’t!

I pondered this and took a vox pop of several friends, which uncovered some very interesting results!

Using only initials, ‘O’ indicated quite correctly that in the 1950s and ’60s, women were encouraged to stay at home and raise children, not seek a career. Actually, they were pretty much forced to due to the ‘Marriage Bar’, a practice calling for the termination of a woman’s employment upon her marriage, especially in teaching and clerical occupations. The practice was rightly outlawed in 1966, being deemed ‘employment inequality’ and ‘sexual discrimination’!

Meanwhile, ‘K’ reported that becoming engaged to a work colleague in the 1970s was considered inappropriate and she was fired! Company policies regarding staff fraternisation were fluid, dictated by a general rule of thumb basically stating that romantic relationships between colleagues “may negatively impact the workplace”.
It seems that ‘back in the day’, teaching was the optimum career choice for many a school leaver as well as my respondents here. It was also regarded as a worthwhile ‘fall back’ should you not be successful at anything else.

Having achieved the titles of Head teacher and Head Mistress, however, was not on either ‘D’s’ or ‘H’s’ youthful agenda. ‘D’ wanted to become an electrical engineer but said he gave up on the idea when a homemade radio he’d built blew the main fuse in the electric substation that served the local housing estate! ‘H’ said she enjoyed her teaching years but later became an officer and trained army cadets part-time.

Only one Baby Boomer, ‘C’, wanted to become a hairdresser, a profession I thought would have been more popular. She became a program and commercial film editor with a TV station! Actually a bunch of us worked in television and not one of us had that industry pegged as a career path; probably not surprising considering television didn’t make an appearance in Australian homes until the late 1950s.

Ditto for information technology in the 1980s. The invention of computers took many of us on a journey we could never have imagined as school kids.

In a poll of friends that worked in public libraries, ‘R’ was our resident IT wizard performing endless tasks sometimes 12-15 hours a day to keep computer systems operational. But what did he want to be when he was younger? “An oceanographer”!

From Librarians: ‘P’ wanted to be a ballet dancer, failed the exam and got a one-year teaching scholarship. ‘JB’ wanted to be a florist, and ‘L’ just wanted to be somewhere surrounded by books. ‘JS’ wanted to be a marine biologist but her love for books and reading won over and she too moved into public libraries.

In other realms, there were a few wannabe veterinarians. One was ‘R’ who moved from television admin, then special ed and the medical arena. Another was ‘S’ who undertook helicopter training while in the Army. After leaving, he moved to fixed-wing aircraft, climbing up the ladder to retire as a B747-400 (Jumbo) captain with an international airline.

But the one thing that many people did mention was the wonderful, lifelong friendships that were forged as we all stumbled our way forwards. Precious friends made during a working life of more than 50 years are now spread far and wide, but we’ve always stayed in touch, having fun, sharing sadness, enjoying the occasional visit and a rich memory lane together.

I wonder if my grandson will one day become an astronaut? I very much doubt it after documenting these ‘what did you want to be when you grew up’ answers.

Did you achieve what you wanted to be or did you move in a completely different direction?