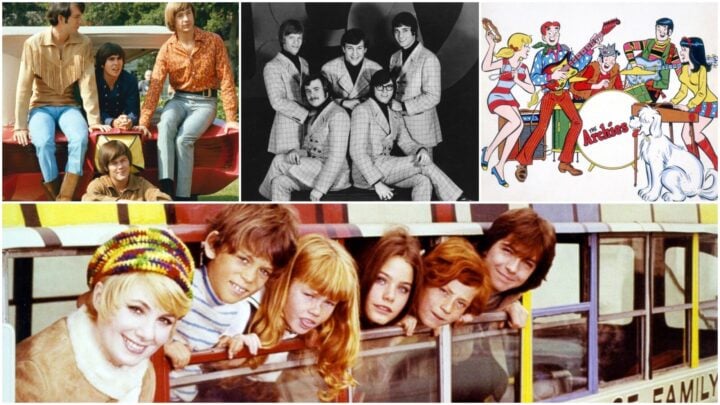 Julie writes about the bubblegum pop that influenced her youth, including the songs of The Monkees, 1910 Fruitgum Company, The Archies and The Partridge Family. Source: Getty Images

Hello, ‘Sugar, Sugar’! My sister and I bounced around, singing along to simple lyrics, “Yummy, yummy, yummy, I’ve got love in my tummy!” Well, really, you should have seen the look on our mother’s face. I was supposed to be doing Maths and Latin homework, definitely not getting love in my tummy.

What did you think of Bubblegum pop music? It was a genre of music when we were growing up; songs with simple tunes and sing-along lyrics, kind of like jingles. These songs infected our brains. Years later, we can still recite every word of such classic nostalgic nonsense.

Songs like ‘Yummy Yummy Yummy’ by the Ohio Express, were thought of a one-hit wonders. Like ‘Sugar, Sugar’, this song appealed to an audience of younger, impressionable teenagers and tweens. By 1968, when bubblegum pop was born, some of the radio listening audience were no longer interested in the deep and meaningful messages of flower power songs, or the soul of Bob Dylan.

Bubblegum pop music was a genre, with a space in musical history. The upbeat songs often had an underlying romantic tone.

The Monkees are an early bubblegum pop creation. A guy by the name of Don Kirshner manufactured these lads who became a television band. They had a cute lead singer, appealing male band members, simple tunes and feel good lyrics. However, it has been said that when The Monkees put their foot down and demanded more control over their music, Kirshner went and created The Archies (allowing him to have full control of the band and the music).

After The Monkees’ fun viewing, did you or your kids get hooked on The Partridge Family? It was a similar pattern, an advance on early bubblegum pop. This show had a cute lead singer, light-hearted lyrics and scripts too. All issues were resolved in half an hour of television ending with a smiling song. It was sort of anti-heavy listening and viewing.

Basically, bubblegum pop music led to a series of contrived bands and music of jingles. It is sort of cringeworthy, that we all loved The Monkees and The Partridge Family. Even now, we seniors can still sing along to the rhythm of life of “Yummy, yummy, yummy, I’ve got love in my tummy …”. Yes, I can still sing or hum ‘Sugar, Sugar’, and 1910 Fruitgum Company’s ‘1, 2, 3 Red Light’. Not to mention, ‘I Think I Love You’; David Cassidy, sang that same song for 50 years, stuck in his genre.

Do you remember bubblegum pop songs of the '60s and '70s? Did you have a favourite single?