‘English: No wonder it’s such a difficult language to learn!’ 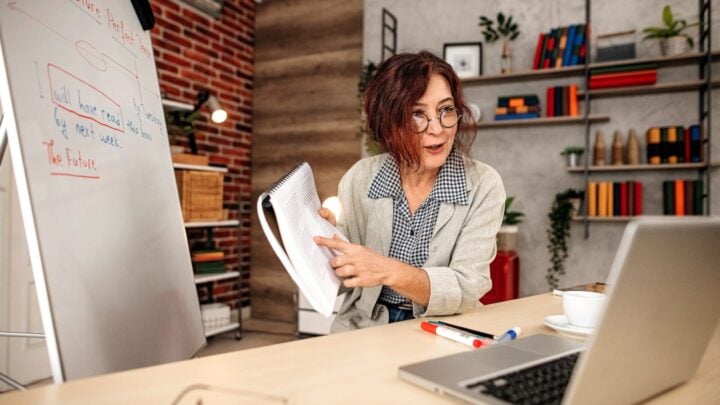 It never ceases to amaze me that English has become virtually the major ‘lingua-franca’ of the spoken, and the written, word. Whether you’re in Singapore or Sudan, Townsville or Timbuktu, you can be pretty certain you’ll to find someone who can understand you and carry on a conversation with you.

Computer language is, more often than not, English, though you can easily convert most of them quite easily, to work in numerous other languages. Admittedly the English used by some people from non-English backgrounds can be stupefying in its difficult to understand, but there definitely is “English’ hiding in there somewhere, once you learn to read the accent!

The written word can be pretty hilarious too, when someone who has a very limited knowledge of appropriate translations attempts things like hotel signs and notices. How often, in a foreign hotel have you seen signs like, “Hotel guests may have the chambermaid at any time of the day or night, just ring reception and ask for servicing”, or “The refrigerator has been stocked with tiny bits for your, delight, please feel free to have your way with them, and pay for your pleasure when you leave us”.

That is just one side of the story! English, with its sometimes odd and weird spellings and pronunciations must be one of the most difficult languages to learn, especially if your native language happens to be fairly phonetic in its structure. Take a nice simple word like ‘cough’, which we pronounce ‘coff’, then think of the word for the branch of a tree, ‘bough’ — exactly the same spelling as the other word, apart from the first letter, but we pronounce this one ‘bow’ (as in politely bend over in front of someone). And this sort of differently-pronounced-but-same-spelling word structure pops up all the time in English.

Take ‘few’ and ‘phew’, one meaning less of, the other referring to either a warm temperature or an unpleasant smell. Or ‘weigh’ and ‘way’, and that old favourite, ‘there’, ‘their’, and ‘they’re, all sounding the same, but all with different meanings.

Then of course, there are the words that are spelt the same but have different meanings, words like ‘bat’, ‘compact’, ‘lie’, or ‘minute’ for instance, and there are many, many more examples of words like this, which are called ‘homonyms’, all helping to confuse the poor foreigner, trying to learn our language.

The British have never been above stealing a few words from other languages either, in fact I would guess the percentage of words from other parts of the world account for most of the words we use today, when you include the ancient additions as well, words derived from Latin, Greek, Norse and even places like India and Egypt!

I’ve come across a few Latin derivations and their modern equivalents: terra, meaning ‘earth’, which leads us to territory; habere, meaning ‘to have’; from aqua we have aquatics and aqueduct; and periculosum has given us perilous. Then there’s Greek, Demos and Kratos (people and power) from which we take democracy, and deinos and savra, (terrible and lizard), which is dinosaur. The Norse people gave us such words as steik (to fry) which leads us to steak; Hel (Loki’s daughter and ruler of the underworld) is, of course, Hell. And so it goes on, with thousands of words we know well, which started their lives in other languages.

Some words, and especially names are quite beyond even an Englishman’s ability to explain! Take the name ‘Featherstonehaugh’ — without prior knowledge, how would you pronounce that? I would wager, you wouldn’t think of it as ‘Fanshawe’, and I have no idea where it came from!

Even some of our most ordinary words can actually stump the uncertain mind, words like ‘ally’, ‘blood’, ‘wounded’, and ‘island’ for instance; the first looks as if it should be pronounced ‘ali’ instead of the actual ‘allie’, the next ‘ blued’ instead of ‘blud’, and the same with the example, which looks like ‘wowndid’ instead of ‘woonded’, or the last one, looks like ‘is-land’ but is pronounced ‘eye-lund.

I have to say I am very glad my native tongue, (wow, there’s another one!), is English, despite all of its difficulties in pronunciation and spelling, etc., there’s no doubt that it is swiftly becoming the lingua-franca for the world, so I can, as I said at the beginning, usually make myself understood wherever I am.

Have you tried learning another language? What challenges have you faced?