‘Creeklands, long grass and a lost pair of glasses’ 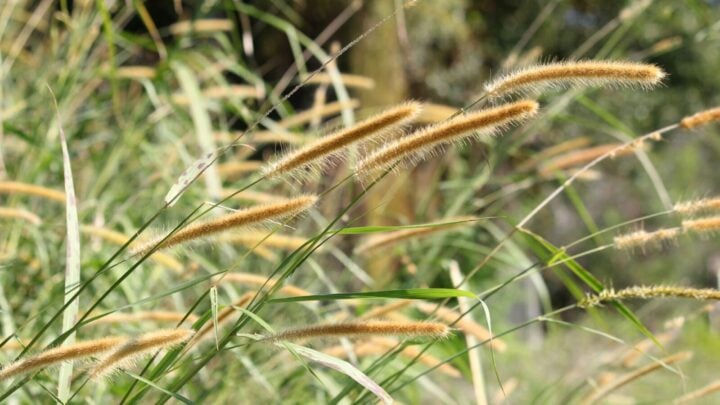 Where's a bloody lawnmower when you need it? Source: Getty Images

Some years after I had given up newspaper editing, I found myself once again in that same dark place. Let me explain. When you produce a small community newsletter, as we do in my home town, you have very little space to engage the reader’s attention and your appearance on the streets does not have the frequency that allows you to become part of the furniture. So, each issue must have a ‘theme’ to sustain the reader’s interest from cover to cover, especially as the available size of each article is no more than about 500 words. Scarcely enough scope to cough, let alone clear your throat and engage their minds.

Well, with JobSeeker and JobKeeper coronavirus supplements about to wind up at the end of March, ’employment’ seemed the obvious ‘theme’ for the forthcoming edition. It was looking good. My energetic editor was pounding the streets interviewing the beneficiaries of those supplements in order to write a broad, over-arching cover story.
And, spinning off that introductory editorial, we had lined up a very strong story on what might be particularly possible to revive our moribund local economy. The theory and the practice nicely balanced, as it were. But, then, alas, the spin-off story fell off the radar screen for reasons we need not delve into, leaving us, not only with a major hole to fill, but a theme now crashing down around our ears.

Hasty editorial conference between myself, as publisher, and our editor. There was nothing for it: without dropping the cover story, we would have to forget the employment theme and bring forward the environment theme, which had been mooted for April’s issue.

“It’ll look more like a dog’s breakfast than a coherent paper,” I muttered gloomily out of earshot.

Fast forward two hours, and I found myself in the company of Helen, a woman of the same vintage as me but, in terms of energy and enthusiasm, putting my journalistic fin de siècle ennui to shame. As I parked and looked across several playing fields towards the creek that is her special bailiwick, I groaned at what would be physically expected of me.

Worse was to come. Never in my born days have so many bird, plant and animal species’ names been thrown at me in the space of minutes, seconds, and that’s not hyperbole because, when utterly exhausted I snatched a glance at my watch and saw that we had been wading through all this grass and bush for about 15 minutes only.

At first, the going was okay, as the bushland regenerators had done their work in accessible rows and clusters with fairly wide, mowable strips between them. But when Helen suggested we move into the thickest bushland beside the creek itself, we entered a track so narrow and overgrown that it could not be discernible to the inexperienced eye.

Now, a few close friends know that I have a bit of a thing about snakes, (and sharks, I might add) having been accosted by representatives of various reptiles at different points in my life. (And bloody sharks, too.) I do understand that it in the greener world we now inhabit, snakes are considered a good thing and are therefore protected. But I’m an Old Testament man at heart and I’ll stick with the Garden of Eden summation of their worth.

This track that I stumbled along behind Helen, her arms flailing in all directions towards casuarinas (that’s the only name I remember distinctly) and countless other pieces of flora, looked like snake heaven to me. It was barely 30 centimetres wide and with brush, paspalum, weeds and billowing green things up to thigh height on either side.

What’s more, it was within a couple of metres of the creek bank where, I assumed, the wood ducks (?) that I saw swimming about, would have established their nests with a heap of juicy, tasty eggs in them. I groaned again but pressed on.

Eventually, it was all over and we were back on the playing fields again. Yet, I was left with an enormous admiration for the Helens of our country, unsung heroes (in the cliché) in making our tar-and-cement world still habitable for humans through the agency of all those little things, flora and fauna (and bloody snakes), that are so difficult to put a crass dollar-value on. But I still didn’t have a story.

As I explained to my editor 30 minutes later, it was fantastic what I had been shown, true testimony to what humankind can do when motivated by things other than selfishness. I couldn’t cover it in 500 words. Probably not in 5,000. And there was no ‘hook’ to catch the reader’s attention for a shorter story. I reached for my glasses to sketch out what I was trying to envisage. They were gone. Panic. Not under the bed. Not in the car. Not in the garage. Not even in Helen’s dining room where she had shown me aerial maps of the site.

There was no other option. I had to go back to the Creeklands in the utterly vain hope that I had dropped them in my travels. Yet, when I had parked and again surveyed those vast playing fields and the distant creek line, I realised how hopeless this venture was. Because we had trudged several kilometres through scrub and brush and I didn’t really have a clue which of the myriad mown paths we had taken. Moreover, I was entering my dimly remembered route from its end, not its beginning.

After about 10 morale-sapping minutes of futility, I thought I saw the entrance to the rough, barely-marked track that ran alongside the creek. It was gathering dusk by then and if there were any snakes about, especially those grotesque eastern browns that had made my in-laws’ family life such a small hell on a wheat farm, it would be now that they would be out slithering in pursuit of prey. Was a pair of glasses worth it? Was virtual blindness a better alternative to a fatal snakebite, hundreds of metres out of earshot of any human? I battled on, conscious of the long, thick, impenetrable grasses brushing against my leg.

And there it was, my glasses in their ancient, recycled Prada case. Right in the middle of the track with about 10cm clearance on either side. I don’t believe I’ve ever kissed a glasses case before, but I did so that evening. Several times, I must confess, and I didn’t give a damn whether I trod on a tiger snake as I skipped lightly out of that tiny riverine jungle. But when relief finally settled, one enduring question pecked at me: Am I too old for this caper?

Where's the strangest place you've ever lost something?