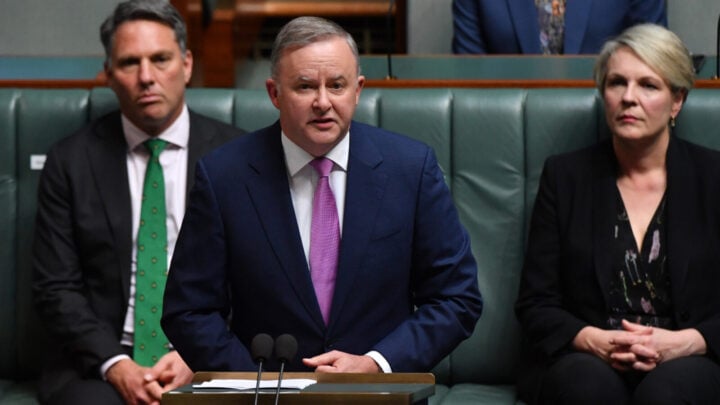 Fierce wind and rain battered Victoria on Wednesday night, setting the tone for Opposition Leader Anthony Albanese to deliver his impassioned budget-in-reply speech, the first of his career.

Albanese came down hard on the Morrison government’s 2020-21 Budget, announced on Tuesday, a budget that is intended to kickstart recovery of the Covid-battered economy, and pull it out of the worst financial hole since World War II.

The government’s Budget is based around a reduction of unemployment, heavy taxation relief to middle-income earners and an industrial revival. However, according to Albanese, it neglected Australians aged over 35 years and showed no consideration for the elderly. The government’s recovery plan would also increase Australia’s debt to approximately one trillion dollars, a figure unthinkable only one year ago.

Albanese spoke with emotion and a seeming desire to become leader of this country. He was in the unusual position having to reply to a budget that had more Labor characteristics than that of a Coalition. Traditionally, Labor is the big spender when in power.

The main thrust of Albanese’s reply was around the massive increase in national debt, four times that which was inherited when the government came into power. He emphasised the fact that whilst the country was four times further in debt than a year ago there were no apparent benefits. In other words, there’s been a waste of expenditure and now Australians have to pay for it. This appears to be a true, however as we all know, the Covid-19 pandemic has had a sizeable effect on the economy, something Albanese forgot to mention.

During his 34-minute speech, Albanese said that if Labor was to take government at the next Federal election, which isn’t until 2022, its economic plan would focus on three main policies.

Child care was the centrepiece, tied in with the overarching theme of gender acceptance. Labor will commitment to fund 90 per cent of childcare in its first term, if elected, allocating $6 billion to the initiative.

Next it would return Australia’s ability to manufacture and reinforce pride in ‘Australian Made’. One in 10 employees would have to be an apprentice, trainee or new starter to ensure employment for Australia’s young.

Finally, Labor would boost public housing thereby creating massive employment for all trades in every state across the country. By doing so it would insure that current public housing was brought to a standard fit for occupation. It was implied that this push would also include the building of new public housing to help with the current backlog of 100,000 people on the waiting list.

Albanese also made a swing for those aged over 35, saying they would not be left behind by a Labor Government. He promised to bring aged care to an acceptable standard, but sadly neglected to mention any plans to help the elderly, retired, or pensioners.

It appears Albanese squandered the opportunity to show that the Labor Party cares for and understands the hardships of pensioners, leaving them with little confidence that either side of politics is concerned about their future.

All of Albanese’s statements were sketchy on detail but strong on emotion. He had the luxury of not having to give the costings of his vision. He has many months to do so and we await that with interest.

Frankly, without being political, without taking sides, I found Albanese to be passionate in his beliefs. He came across as a leader with a strong desire to be prime minister driven by his past and belief that no matter what your circumstance of birth or upbringing, every Australian should have access to a good education, secure employment and the opportunity to reach their full potential.

Nobody could disagree with this vision but the passion and emotion of one man is not going to improve the living conditions of Australians or instil the confidence and self respect that is needed to make it a reality. That does not come from spending money; it comes from honesty, respect and a collective desire of countrymen willing to work together.

Our elected leaders must also display that same vision without fear or favour towards gender, colour, place of birth, religion or culture. I cannot see currently that we are achieving these goals and neither of the Budgets or recent statements by our leaders give me faith or confidence that the way ahead will be any different or better.

Many of us, for no other reason than our age dictates, will not around to see the economic recovery our country is fighting for. It will be a decade or decades before the economy will be repaired, but the spirit and confidence of the people can be healed tomorrow with good leadership. Have we got the leadership or are we going to have to wait?

What did you think of the budget reply?