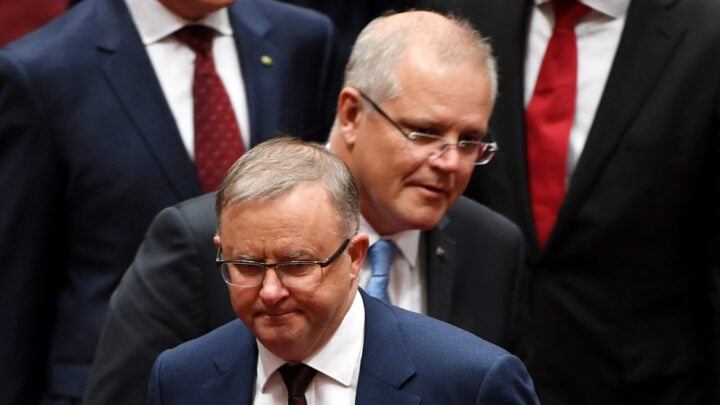 Politics and the pension should not coincide, says contributor Richard Laidlaw.

It will soon be budget time again, that annual festival featuring the temporary triumph of hope over experience (again), inventive mathematics, and wall to wall politics. The Venice Carnival it isn’t, granted; but as an inescapable bet on a regular fiscal trifecta, at least, and we’re channelling Gilbert & Sullivan here, it’s the very dilemma of a modern major democracy. It’s probably best just to grin and bear it as an impractical exercise, unless you’re a glutton for punishment or you really want to get on the bus, in which case, good luck.

In the lead-up to the budget, flagged for March 29, in the Morrison government’s skeletal parliamentary sitting day diary for the first half of 2022, there will be the usual flurry of budget submissions from lobby groups. That’s all part of the theatre too. It adds to the sound and light show that enlivens politics, if you let it, and sometimes it gets results.

Among the many proposals coming forward in submissions this year is one that should particularly interest every age pensioner. National Seniors, a leading lobbyist in the field, will again be calling for an age pension tribunal to set the age pension rate free from direct political input. Its budget submission is due for release today, February 22.

The idea of an independent age pension tribunal has been around for a while. It just hasn’t attracted the sort of support the establishment of the independent remuneration tribunal did in 1973.

But that sensible superstructure was put in place after parliamentarians were shocked to discover that their privilege hitherto of setting their own pay and entitlements seemed to have begun to irritate the voters.

Of course, that was all about wage employment and the gratuitously plush perks of office, not a miserly stipend for the cash-strapped elderly, and anyway, parliamentarians have never been ordinary pensioners.

We can be sure, too, that in their well-known but often cunningly hidden spirit of collegiate bipartisanship, they remain firmly of the view that they should never be ordinary pensioners.

Not so the estimated 2.6 million Australians receiving the age pension (latest figures, Mar. 26, 2021), who are very happy to be ordinary pensioners. What might bug them is that they’re regularly drafted to play political football. In the crucial role of the ball, that is. What the government gives it can take back, after all, if it has the nerve to do so; but more to the point, politicking around the pension cruelly embarrasses older Australians who deserve better than to be told they’re a burden on society.

That’s not good enough, even in these days of logarithmic changes in longevity, as anyone with a genuine interest in fairness and the public benefits of social incomes would surely say.

Of course, the question of entitlement to the age pension is a matter for government policy. But as with other publicly funded institutions – public broadcasting for example, though in this context that’s another recurrent funding argument altogether – the quantum of the age pension should be quarantined from political decision.

Among other benefits from this would be that cost-of-living pressures on age pensioners would be addressed by an actuarial tribunal, not a political cabinet committee.

Age pensioners’ costs differ in detail from those in other community sectors. The latest ABS Living Cost Index (LCI) data, out this month, show they faced Australia’s highest annual living cost increases in 2021, fuelled in large part by steep rises in petrol prices, up 32 per cent over 12 months and now at a 31-year high. Most of Australia’s fuel supply is sourced via Singapore at Singapore prices. There, like here, higher global oil prices, limited supply, and – lately – high economic costs from the otherwise welcome recovery from the depths of the pandemic recession are a triple-whammy.

The age pension is usually adjusted for CPI rises twice a year, in March and September. It went up in September 2021 in line with the CPI and is likely to be raised again next month.

Age pensioners are doubly disadvantaged by the ways in which rising prices affect different classifications of households. The new ABS data shows rising food costs were the highest proportion of overall spending for age pensioner households when compared to other groups.

There’s food for thought in that last point, at least, for politicians of any stripe.