A short-but-sweet history of good vibrations 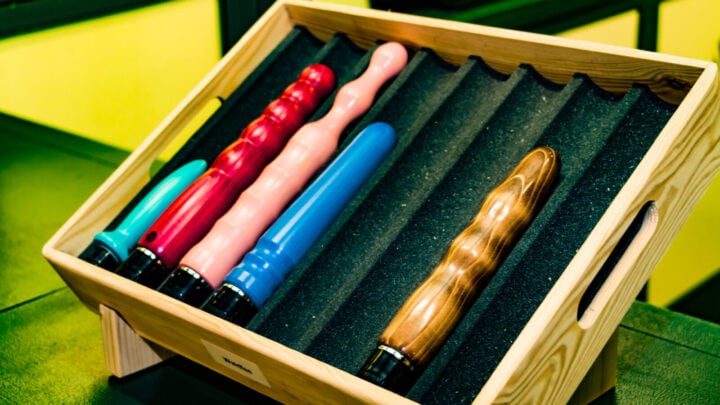 A rubbish story about Cleopatra filling a suitable sized gourd with bees is exactly that and, along with other ‘historical’ facts about her sexual prowess, belittles her incredible achievements in the spheres of intelligentsia. The real history of vibrators begins around 1870, when Dr George Taylor developed a steam-powered massage and vibratory apparatus. A later one called the Chattanooga was a two-metre tall, steam-powered appliance that took two men to shovel the coal to keep it operating. Now, that has to make your eyes water.

We can thank Dr Granville who, in 1883, invented the first battery-powered one called a percussor (nicknamed Granville’s Hammer), which he used only on males to treat pain in various parts of the body. Dr Macaura’s Pulsocon in 1890 was a hand-crank job so, I guess, great for camping.

Vibrators were used exclusively by the medical fraternity right up until the early 1900s to help ease tension, pain, headaches, irritability, indigestion and constipation. Some texts state that they were used to treat ‘female hysteria’ (hysteria coming from the Latin for womb), a term that disappeared from medical texts only in the early 1950s. It has been suggested that doctors would undertake a pelvic massage to bring on the hysterical paroxysms that relieved this tension. (I just can’t imagine booking in to my medical clinic for my hysteria treatment – would it be a regular booking and would Medicare cover at least part of it?). The development of mechanised  ‘vibrators’ reduced both the treatment time and the hand cramps for the doctors. Dr Granville distanced himself from what he perceived as the misuse of his invention.

From then, the burgeoning movie industry found a new use for these medical wonders and advertising for them vanished from respectable publications. They were relegated to the ‘not to be spoken of in polite society’ file. Clever marketing, however, brought out the snake-oil spin doctors who magically transformed these vibrators into massagers that assisted with weight reduction as ‘spot reducers’ and as beauty appliances that helped you stay shapely and beautiful, maintaining your ‘youthful glow’.

To read more articles from Pam Van Der Kooy, head here. Or you can find her brilliant nostalgia book Stuff We Had in the 50s and 60s at the Starts at 60 Marketplace, here.

You can also find a wide array of vibrators on Starts at 60’s Marketplace here.

Did you enjoy this article?