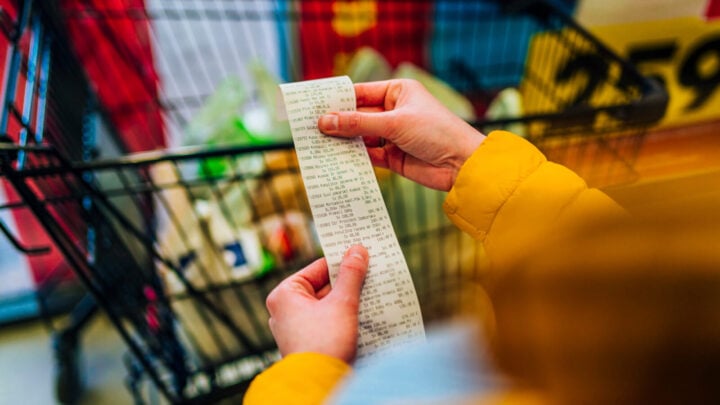 As the rising cost of living continues to hit the hip pockets of Australians hard, supermarket giant Woolworths have offered some relief by announcing a “prize freeze” on everyday essential items.

The price freeze will remain in place until the end of the year and include items such as laundry powder, pasta, flour, sugar, oats, coffee, bread rolls, cans of tuna and yoghurt.

Woolworths CEO Brad Banducci announced the major move in an email to customers on Thursday, June 16.

“The challenges we’ve worked through together in the last two plus years have been unparalleled – from droughts and fires to COVID (A thru O), floods and supply shortages and now inflation and the pressure on household budgets,” Banducci said.

“Food inflation in Australia began to increase towards the end of last year following many years of low inflation. Initially it affected mostly meat and imported products, but has since grown to impact almost every category. Most recently, we have seen material inflation in vegetables given the very poor growing season on the Eastern Seaboard, due to the rain, high humidity and low light levels.

Australian Food and Grocery Council CEO Tanya Barden recently attributed the rising cost of grocery items to pressure on manufacturers “that is starting to flow through to supermarket shelves”.

“Over the past decade manufacturers have already been dealing with a situation where wholesale prices – the prices they receive for their goods – have risen by less than the cost of their inputs. There has been a lot of absorbing of costs by manufacturers before the impact of the pandemic,” Barden said.

“Over the past couple of years the price of inputs for making and distributing goods has risen. The cost of shipping ingredients and finished goods to Australia has risen by 500 to 700 per cent. There have also been significant costs to business as a result of COVID safety measures, domestic freight cost increases caused by weather disruptions, shortages of pallets and rises in the cost of packaging.

“Adding to this unprecedented COVID disruption, manufacturers are facing increases in global commodity prices as a result of the situation in Ukraine and they are now seeing increases in labour costs.

“There is no longer the ability for manufacturers to continue to absorb those increased costs”.

The rising cost of food and groceries is a major issue right now. AFGC CEO Tanya Barden told The Weekly Times Round Table – The Story Around Food Prices that cost pressures are going up all along the supply chain #foodandgroceryhttps://t.co/ostJbatum0 via @FacebookWatch

The Reserve Bank of Australia’s (RBA) recent interest rate rise has also added fuel to the fire regarding cost of living pressures.

The RBA lifted the nation’s interest rates for the second month in a row, raising the cash rate target by 50 basis points to 0.85 per cent in a bid to combat rising inflation.

The rise marks the largest monthly rate hike since February 2000 and now takes rates higher than they were prior to the start of the pandemic.

In response to the interest rate rise, Treasurer Jim Chalmers promised the Federal Budget will provide “long-term” and “sustainable” relief to address the rising cost of living.

In an interview with Sunrise, Chalmers said that the budget handed down in October will offer a “responsible” relief package that targets areas such as “medicine, childcare, getting power bills down over time, and getting wages moving again”.

“Our job as the government is to make sure that after some of this near-term cost of living runs out that was in the last budget, that it is replaced by responsible, long-term, sustainable cost of living relief in areas like medicine.”

As the cost of living continues to skyrocket it appears seniors are being the hardest hit, with recent data from the Australian Bureau of Statistics (ABS) revealing older Australians are suffering the most from the rising cost of living.

Pensioners are reportedly experiencing an annual household living cost of 4.9 per cent.