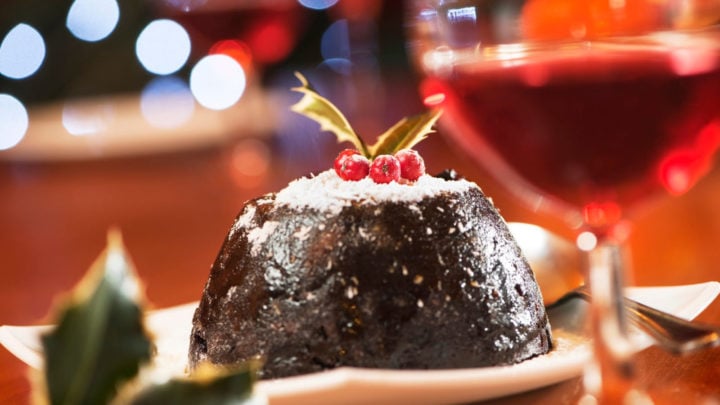 Choice.com.au pitted two Christmas puddings from Aldi and Coles against each other - with one emerging the clear winner. Source: Getty.

It’s a Christmas dinner staple, along with a tasty cooked ham or turkey and plenty of veggies, but no two Christmas puddings are the same, leaving many shoppers struggling to decide which they should buy to complete their festive feast.

Fear not though, as consumer advocacy group CHOICE have pitted a total of 13 supermarket offerings against one another, comparing taste, price and even ingredients. All of the puddings were scored by a team of taste testers who gave each pudding an overall ‘expert score’, made up of appearance (25 per cent), flavour and aroma (40 per cent), texture (20 per cent) and finally mixture quality (15 per cent).

Of the 13 puddings tested, two emerged as clear front-runners, with Coles’ Finest Luxury Pudding and Pudding Lady Traditional Christmas Pudding coming out on top. And for those looking for something to dazzle their dinner guests, the Aldi pud comes with a sachet of edible glitter to be sprinkled over it once cooked.

While several cakes from Coles scored highly, it was Aldi’s champagne-flavoured pud which claimed the top spot, with one of the taste testers describing is as “a bit of glitz”. The Luxury Golden Champagne Pudding bagged a total CHOICE Expert Score of 89 per cent.

“The Aldi pud is a bit of glitz, a bit of fun,” taste tester Brigid Treloar said. “It’s a nice, rich, fruit pudding without being sticky and it’s not overly sweet, which I found the Coles one to be. It’s great value considering the generous fruit topping and it looks a bit special on the table. An easy Christmas centrepiece at a time when things can get quite busy and expensive, and all you have to do is whack it in the microwave to heat it up.”

Another expert taste tester said: “If you don’t have time to do a complicated Christmas dessert, this is a good option. I ate absolutely everything that was on my plate!”

The Aldi pudding is infused with the supermarket’s own Brut Champagne, topped with cherries and will set you back $10.99 (900g). It also came out on top in the blind taste test.

Second place went to Pudding Lady Traditional Christmas Pudding, which bagged a total expert score of 79 per cent. Despite being made in Australia, with 90 per cent Australian ingredients, it’s far from a budget option, with a price of $47, making it more than four times pricier than Aldi’s top scoring pudding.

In sixth place was Woolworths Matured Fruit and Cognac Christmas Pudding with a CHOICE Expert Score of 69 per cent, followed by Itha’s Puddings Traditional (58 per cent), Pudding Lane Classic Christmas (56 per cent) and Pud For All Seasons Traditional Plum Pudding (53 per cent).

In last place was Lions Traditional Christmas Pudding, which has a price tag of $13, with an overall score of 46 per cent.

Do you like Christmas pudding? Do you buy yours from the supermarket, or make your own?