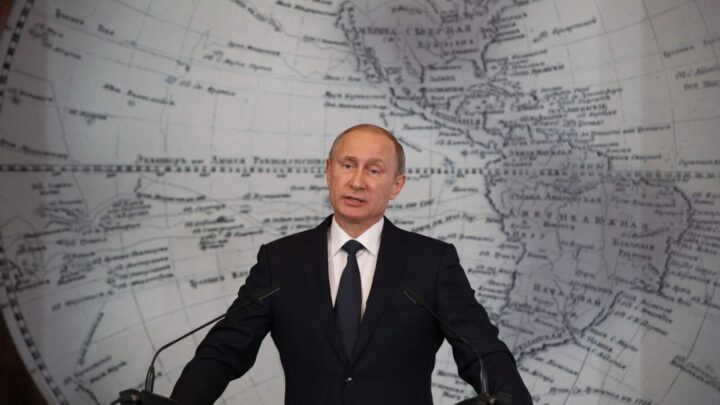 Despite the escalation, Ukraine’s Defense Ministry, said representatives from both countries have agreed to meet on the Ukraine-Belarus border “with no preconditions,” however it is unclear whether Putin is ready to entertain talks that do not involve compliance with his demands.

Ukrainian President, Volodymyr Zelenskiy has admitted he does not believe that a positive outcome will come from the meeting but is choosing to go “so that later not a single citizen of Ukraine has any doubt that I, as president, tried to stop the war.”

In a separate televised speech ahead of the meeting, Ukrainian Foreign Minister Dmytro Kuleba said his country will “not give up a single inch of … territory”.

“Between now and the moment that the talks are wrapped up, (Belarusian President Alexander) Lukashenko assured President Zelensky that no Belarusian military force will be used against Ukraine,” he added.

“We can only hope that Lukashenko will stick to his word. And between now and the moment when these talks are wrapped up, we will continue to fiercely defend our country, to defeat Russian forces if they try to continue their offensive operations.”

Since Putin’s nuclear order on Sunday, support of Ukraine has continued to grow.

The US has accused Putin of “totally unacceptable” escalation and made it clear that they would continue to support Ukraine and continue its punitive measures on Russia. The European Union also announced it would fund weapons and supplies to the Ukrainian armed forces, block European airspace to all Russian aircraft and private jets belonging to Russian oligarchs, and banned the Kremlin propaganda.

Turkey declared they are closing their Bosphorus and Dardanelle straights to the Russian navy, in an effort to stop vessels moving between the Mediterranean and the Black Sea.

Sweden’s Prime Minister Magdalena Andersson says they will send military aid to Ukraine, which will include anti-tank weapons, helmets, and body armour.

Putin’s order came at a meeting between him, Russia’s defence minister, Sergei Shoigu, and the chief of the general staff of the armed forces of Russia, Valery Gerasimov.

“Senior officials of the leading Nato countries also allow aggressive statements against our country, therefore I order the minister of defence and the chief of the general staff [of the Russian armed forces] to transfer the deterrence forces of the Russian army to a special mode of combat duty,” Putin said.

Putin has already warned foreign countries not to interfere with his invasion of Ukraine, promising it could lead to “consequences they have never seen.”

On the fourth day of Russia’s invasion, the capital city Kyiv remained in government control while fighters continued to different the second largest city, Kharkiv.

The talks between the nation’s leaders will be held as early as Tuesday.