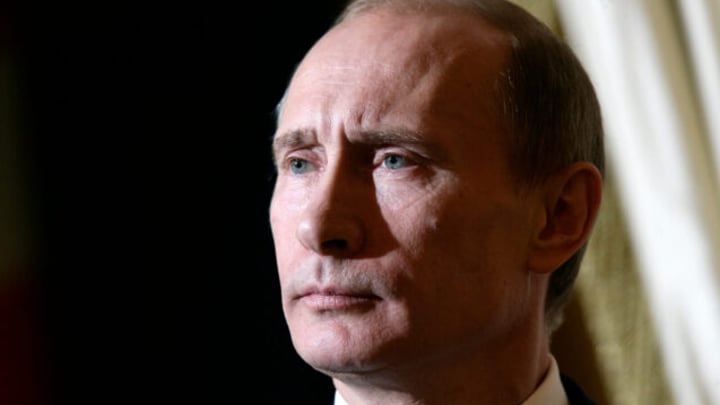 “About 2:00pm this afternoon, the Russian government declared that they had commenced a so-called ‘special military operation’ in Ukraine,’’ he said.

“And they said this after months of aggression and intimidation. But I’ll call it what it is – the Russian government launched a brutal invasion, unprovoked, on Ukraine, and should be condemned for doing so – and Australia does.

“Together with the international community, we are banding together in strong terms to condemn these outrageous acts in the strongest possible terms.”

“We denounce what are unilateral hostile actions in Ukraine. Russia is flagrantly breaching international law and the UN Charter. Russia has chosen war.”

Russia President Vladimir Putin has authorised a formal military operation in eastern Ukraine, a move considered by many as the start of war in Europe.

Putin made the announcement in a late-night television address, claiming the military action is in response to threats coming from Ukraine and urged Ukrainian forces to put down their weapons.

“I have made the decision of a military operation,” he said.

Putin claimed the actions against Ukraine were “inevitable” and warned any interference with Russia’s actions from other countries would lead to “consequences they have never seen.”

He also hit out at the United States and its allies, accusing them of ignoring Russia’s demands to prevent Ukraine from joining NATO and offer Moscow security guarantees. The UN Security Council is holding an emergency meeting in regards to the unfolding situation.

Ukraine’s Foreign Minister Dmytro Kuleba took to Twitter, claiming in a statement that “Putin has launched a full-scale war against Ukraine.”

“Strikes continue on peaceful Ukrainian cities. This is a war of aggression. Ukraine will defend and win. The world can and must stop Putin. It’s time to act – just now.”

News of Russia’s invasion prompted outrage from US President Joe Biden who warned Putin “the world will hold Russia accountable.”

“Russia alone is responsible for the death and destruction this attack will bring, and the United States and its Allies and partners will respond in a united and decisive way,” he said.

Russia alone is responsible for the death and destruction this attack will bring, and the United States and its Allies and partners will respond in a united and decisive way.

The world will hold Russia accountable.

Biden issued an earlier statement claiming Russia’s invasion “will bring a catastrophic loss of life and human suffering” and “the prayers of the world are with the people of Ukraine tonight.”

The prayers of the world are with the people of Ukraine tonight as they suffer an unprovoked and unjustified attack by Russian military forces. President Putin has chosen a premeditated war that will bring a catastrophic loss of life and human suffering. https://t.co/Q7eUJ0CG3k

On Wednesday, February 23, Prime Minister Scott Morrison announced that Australia will introduce immediate sanctions against Russia and “ensure there are severe costs” to Russia’s movements, keeping in line with the response from the United States and the United Kingdom.

“Australians always stand up to bullies and we will be standing up to Russia, along with all of our partners, like-mindeds and all of those who believe that it is absolutely unacceptable that Russia could invade its neighbour and seek to extract some concessions or advantage out of threats of terrible violence upon its neighbour,” he said.

More details to come as this story develops.