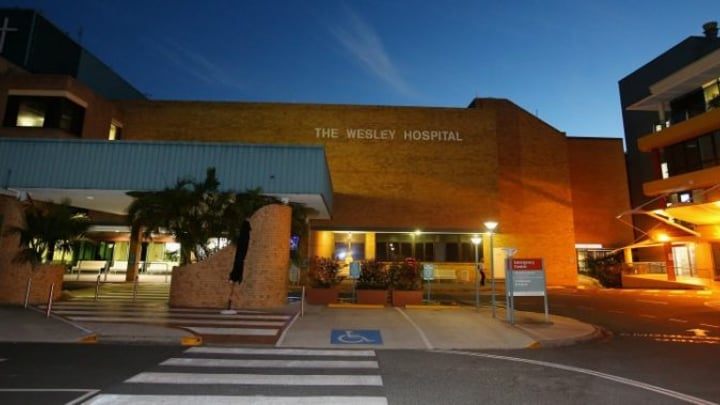 The Wesley Hospital in Brisbane is one of the Uniting Church of Australia in Queensland's many properties in the state. Source: Getty

The Uniting Church of Australia in Queensland has suggested having congregations put more in the collection plate, or church schools hike their fees, to help fund compensation for child sexual abuse victims.

The Courier Mail reported that the Queensland Synod had published a consultation document looking at options for funding claims that may come in in the future, having paid out almost $5 million in just the past 12 months to 31 people who were abused while in the care of the church.

One of the options for funding future compensation could be to ask church members and associated entities such as schools and hospitals to pay a levy to cover future compo claims, the Courier Mail reports the consultation paper as suggesting. The levy could be covered by fund-raising drives by congregations, or an increase in the fees charged by schools, the newspaper said.

Another other option for funding compensation was to sell some of the church’s assets, which includes 19 schools and colleges, numbering among them the prestigious Brisbane Boys College, 250 churches, and four hospitals including the Wesley and St Andrew’s in Brisbane.

A third option would be for the church entity where the abuse occurred to fund the compensation, rather than the synod. The entities attached to the church include UnitingCare Queensland and Wesley Mission Queensland.

The synod referred Starts at 60 to a statement by the Reverend David Baker, who’s the Queensland synod’s moderator, which said that the Courier Mail‘s report was misleading to infer that the church would not be able to meet its obligation to abuse survivors.

“This is categorically not the case,” Baker said in the statement. “We have the resources to meet our commitments to the redress scheme.” Instead, the consultation document was intended to encourage consultation among congregations over future funding options, he said. “No decisions about any of the options have been made, nor are they likely to be made in the foreseeable future,” Baker added.

In mid-2017, the Uniting Church in Queensland reported to the commission that it had received 98 claims of sexual abuse, 13 of which had received a settlement, with the highest payment coming to $190,000. Across Australia, more than 2,000 people have made allegations of abuse within the Uniting Church, with the vast majority of allegations coming from Victoria and Tasmania.

Do you think church congregations should help fund compensation for abuse victims? Or do you think the church should sell some of its property to fund the claims?