These fast food outlets are the worst for your health 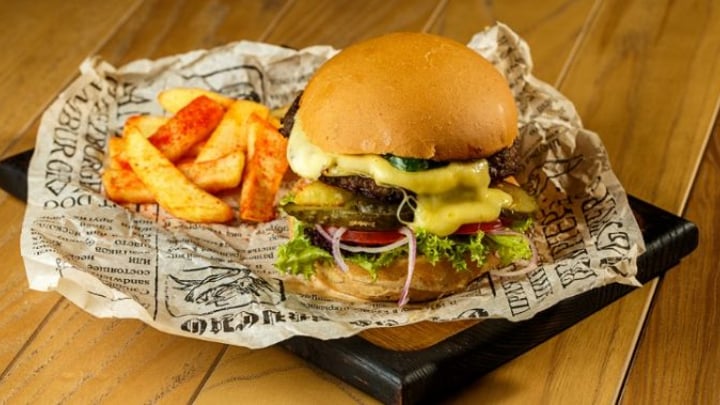 We’re all guilty of it — pulling into a drive-through or popping into a fast-food joint at some point or another for convenience sake.

For most of us, this usually happens while on a road trip, or with hungry, and often screaming children in tow (adult or small, doesn’t matter when you’re hungry!), or sometimes, because we just can’t be bothered cooking dinner.

And while we all know fast food is meant to be an “occasional” treat — you may think twice about zooming through for speed and ease after Australia’s fast food chains failed the supermarket health-star rating system in spectacular fashion.

Fifteen-thousand menu items at 13 leading fast food franchises were put to the test using the controversial food rating method by the George Institute of Global Health and Cancer Council NSW.

Believe it or not, fast-coffee favourite Gloria Jean’s topped the list as the worst performer with an average health-star rating of just 2.0 across its menus.

Unsurprisingly, McDonald’s McCafe closely followed at 2.1 and Muffin Break at 2.2 — interestingly, 42 per cent of all products reviewed in the survey which scored 0.5 ratings came from Muffin Break, including its affogato drink, Anzac biscuit and chocolate mousse cake.

Cafe style chains had lower average ratings than burger and pizza chains according to the results but unsurprisingly, chicken and sandwich outlets fared best.

Subway and Oporto came out on top with an average rating of 3.4 each while Red Rooster wasn’t far behind with 3.2.

The study authors were the ones behind extending the health-star system to cover fast food restaurants and are now urging the system to be applied to all fast food outlets.

“When you look at the range of foods in the likes of Muffin Break, McCafé and Gloria Jean’s there are a huge amount of energy dense desserts and sugary drinks,” co-author Dr Elizabeth Dunford said.

“Some of the cakes on sale contained in just one serve close to half the energy intake the average Australian needs in a day. Consumers aren’t stupid, they know cakes aren’t healthy. But having a half-star staring down at them might help hammer the point home.”

“It makes sense to have one labelling system supporting Australian’s food choices,” he said.

“While we hear lots about the problems with the HSR it’s actually a pretty good system. It gets it right most of the time and consumers like it. We need to work to improve it, not trash it.”

How often do you eat fast food?