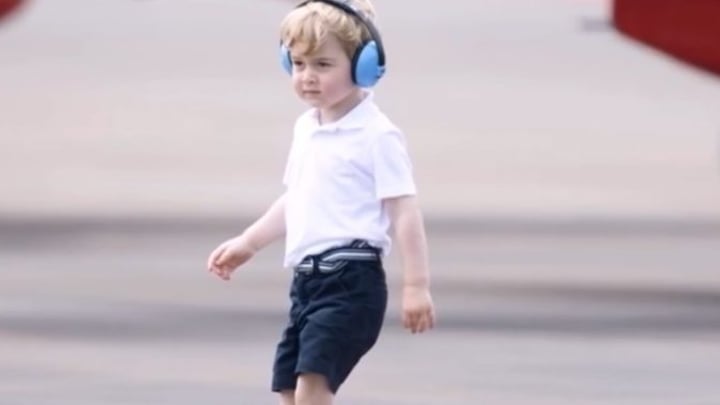 Prince George has become one of the most-photographed and stylish kids with his trademark shorts.

If you’ve always wondered why Prince George is always photographed wearing shorts, you can put your mind at ease.

It turns out, the explanation is quite simple.

According to etiquette expert William Hanson, wearing shorts is an age-old tradition amongst aristocrats.

Apparently, the royal family have been sticking to this tradition for generations.

“If you look back at old paintings of children from aristocratic paintings, you see little boys aged two and under dressed as girls, wearing gowns and dresses.

“In the 17th and 18th centuries, boys of age three or four were put in breeches, which are basically shorts.”

If you look back at photos of a young Prince Charles and young Princes William and Harry, you’ll see they too were mostly dressed in shorts.

Tradition also states that pants (trousers) were to be worn by men and shorts were more for little boys.

But it’s not just the royal family dressing their young boys in only shorts.

According to Hanson, the tradition is still practiced among members of the British ‘upper crust’.

“It has a little to do with the snob factor,” he said.

“A lot of mothers want their little boys to dress like little boys rather than like men.”

Dressing young boys in pants is actually seen as more of a “suburban practice”, according to Hanson.

“The royal family is not suburban,” he said.

What do you think? Did you know this tradition? Is it outdated?