‘Thanks for your company. Goodnight’: Tracy Grimshaw’s emotional farewell to ACA 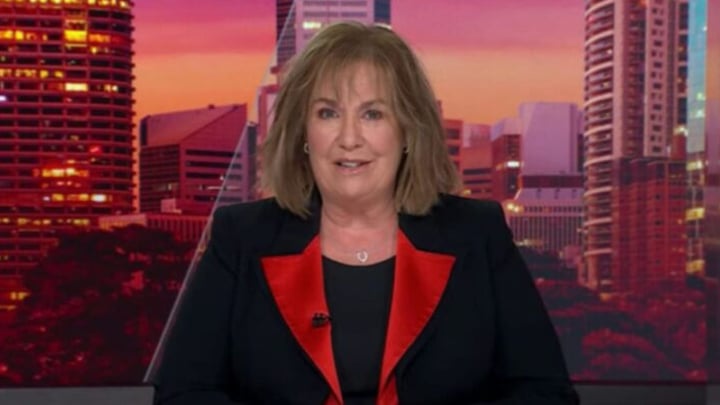 Emotions ran high on Thursday night, November 24, as veteran journalist Tracy Grimshaw bid a moving farewell to her loyal fans and close-knit crew during her final episode as host of A Current Affair.

As Grimshaw took her place behind the desk of the nightly current affairs program for the final time, the audience were treated to a showcase of Grimshaw’s popular interviews and career highlights from her impressive 17 years as host.

An array of fellow media personalities, celebrities, and high-profile figures such as Prime Minister Anthony Albanese, Ita Buttrose, Leigh Sales, and Eddie McGuire were on hand to deliver their best wishes before Grimshaw delivered her final sign off in the closing moments of the program.

An emotional Grimshaw began by admitting that “this is the hard bit” as she prepared to close out the show for the last time.

“It feels weird because usually I’d be signing off for summer – only this time I won’t be back in January,” she said.

“And I need to say something about that, but I am terrible at the GB word, you know the one that ends in bye and starts in good.

“Because I’ll blub and that’s never pretty, you’ve seen that.”

Despite the difficulty of saying goodbye, Grimshaw pushed through to deliver a sincere thank you to A Current Affair’s loyal audience.

“We are your show and the million of you, who watch every night, know that,” she told viewers.

“Thank you. Without you, there would be no us.”

Grimshaw then took a moment to thank all those who work tirelessly behind the scenes to make the show possible.

“To our reporters, producers, editors, camera crews, unit manager, the lawyers, the studio teams, hair and makeup and wardrobe, thank you,” she said.

“To the handful of producers I’ve worked with closely on those interviews over the years, thank you.

“To the five executive producers I’ve worked with over 17 years, I’ve learned something from all of you. Finally scored a woman EP four years ago and what a bright light you are, Fiona.

“To the old timers like Carmo and Marty and Brady who’ve outlasted me, I salute you.

“To Daria who’s been doing my autocue since the Today Show days, thanks for being my barometer.

“I listen to you groaning, or laughing, or outraged over there in that dark corner and I know that’s what’s happening in people’s loungerooms and we’ve hit the mark for the night.”

As she began to wrap up, Grimshaw touched on who will be stepping in to fill her shoes behind the A Current Affair desk before delivering her familiar sign-off for the final time.

“Soon you’ll all find out who’ll be in this chair next year. Please make them welcome,” she said.

“Thanks for your company. Goodnight.”