‘I’ve decided to finish up’: Why Tracy Grimshaw is stepping away from A Current Affair 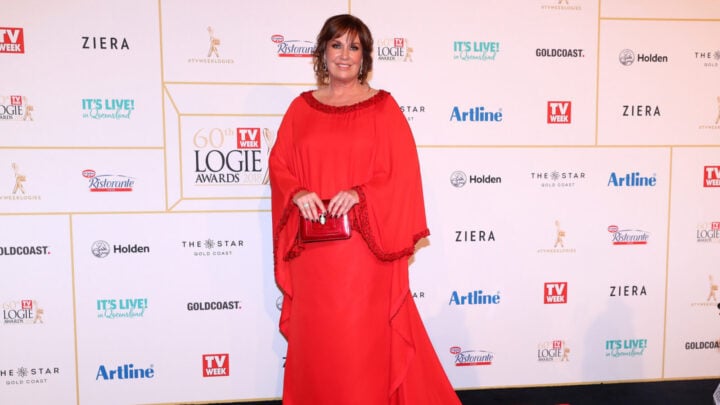 Tracy Grimshaw has surprised fans with her announcement that she will be stepping down as host of A Current Affair. Source: Getty Images.

Following an impressive 17 years behind the desk, veteran journalist Tracy Grimshaw has revealed she will be stepping down as presenter of A Current Affair.

Grimshaw, 62, shocked fans with the announcement at the end of A Current Affair’s Monday, September 6 show, explaining that she made the choice to step down and wasn’t “being shoved out the door by the boys club” because she was “too old”.

Grimshaw began her career as a reporter in 1981 with the Channel 9 Melbourne newsroom and in 1985 began presenting 9News daytime bulletins. In 1995, she joined the Midday Show as co-host alongside David Reyne.

Grimshaw then went on to co-host Today with Steve Liebmann in 1996.

Grimshaw interviewed a range of people during her nine-year term with Today, including world leaders, movie stars to everyday Australians. She hosted the live coverage of the Stuart Diver’s rescue from the Thredbo disaster and took on hosting duties again for the coverage of Princess Diana’s death.

On January 30, 2006 she began presenting for A Current Affair, where she covered the rescue of the two miners in Beaconsfield, Brant Webb and Todd Russell.

She was awarded the Walkley Award for Broadcast and Online interviewing in 2009.

Nine’s Director of News and Current Affairs, Darren Wick, said Grimshaw’s departure from A Current Affair has generated “mixed feelings of joy and sadness” for those close to her.

“She is the best interviewer on television and has been for many years. And she will forever take her place alongside the greatest interviewers that Australian journalism has ever seen,” Wick said.

“Tracy is stepping away from A Current Affair at the peak of her powers. That generates mixed feelings of joy and sadness for those among us who have known her for many years.

“Joy, because Tracy has decided now is the perfect time to leave the program. She is doing it on her own terms on her own timetable. Just as she has done throughout her whole career.

“And sadness because she is irreplaceable. I know we work in an industry where it’s often said that anyone can be replaced. But that’s not true with Trace. She is one of a kind. She cares about her colleagues and she cares about her viewers.

“We love her. We admire her. And we will miss her nightly on our screens.”

Following Grimshaw’s announcement, fellow media personalities and fans alike took to social media to express their dismay over her retirement while reflecting on her stellar career.

When I started at Channel 9 in Bendigo St, Richmond in the late 80s, Tracy was my desk mate. She was great then. She is great now. Love that woman. Well played, Tracy. I send hugs and applause. #TracyGrimshaw https://t.co/3FiLuqb33h

Tracy Grimshaw announces her retirement. In terms of sheer impact, this one, just before the last election was right up there. Go well, Tracy. https://t.co/onYcjWBv6u

It’s a tough job to host @ACurrentAffair9 and keep your credibility but @tracygrimshaw did it. A class act. She will be missed.

‘Tracy Grimshaw to depart A Current Affair after 17 years on air’ https://t.co/Q6qZowZxsc

Way to go Tracy. No more shift work! ????????????
‘It’s been a big decision and before the gossip websites start telling you rubbish, I want you to know it’s been my decision alone and I’m not being shoved out the door by the boys club because I’m too old,’ @tracygrimshaw ❤️ #ACA pic.twitter.com/lQ6sdjnKdd

Tracy Grimshaw has just announced on A Current Affair that this year will be her last on the show ????

l will miss Tracy hosting the show. l always watched aca nearly daily. Weather its before the footy or just watching after the news. l always tune in.

Such a delight Tracy. Hope you enjoy your well earned long break & we see you on our screens interviewing on 60 minutes in the future ❤️

@tracygrimshaw As a long time @ACurrentAffair9 viewer, I have enjoyed watching you present each weeknight – 17 years was a long stretch,but all good things muct come to an end at some point, now for the next chapter in your life to begin. Well done!!!