Shocking details emerge in the inquest of Hannah Clarke’s death 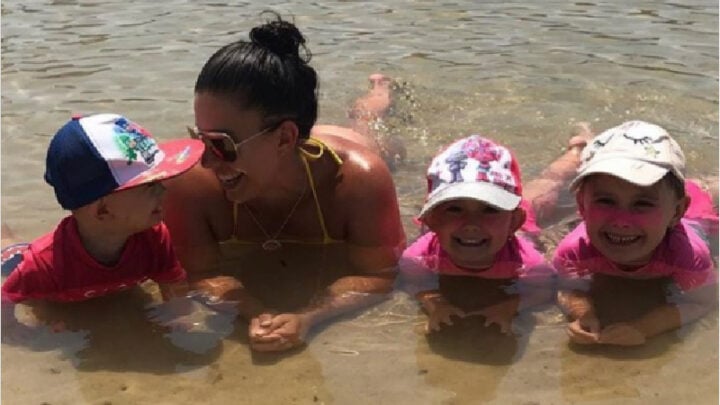 An inquest into the deaths of Hannah Clarke and her three children has been told her estranged husband allegedly threatened and blocked a woman trying to extinguish the burning car.

The long-awaited inquest began Monday 21, in Brisbane – two years after Hannah Clarke, 31, and her three children, Aaliyah, 6 and Laianah, 4 Trey, 3 were brutally killed.

Clarke was ambushed by her estranged husband Rowan Baxter, 42, who allegedly doused the car and the family in petrol before setting it alight at around 8.30 am on February 19, 2020, in Camp Hill. Baxter took his own life at the scene on Raven Street

The inquest has heard from witnesses on the scene who tried to help Clarke and her children.

One neighbour, Michael Zemek, told the inquest he heard a “hysterical scream” on the morning of the alleged murder.

Zemeck said he was outside washing his car when he heard Clarke shouting “Call the police, call the police, he’s trying to kill me, he’s poured petrol on me.”

“Baxter had Hannah in a bear hug, he was sitting in the front seat … she was trying to get free,” he said.

Upon investigating the shouting, Zemeck said Baxter had a “resigned look” on his face before the car exploded.

“It was a bang and a blackness … I turned my head around briefly startled and when I looked up, the whole inside front (of the car) was ablaze,” Mr Zemek said.

“She was totally ablaze, from head to toe, in flames.

“I grabbed the hose and tried to get her to roll on the ground so I could try and extinguish the flames.”

Another neighbour, Kerry Fernandez, said she tried to help Clarke who was screaming about her children by running to the scene with a fire extinguisher.

Fernandez told the inquest she noticed Baxter standing nearby but he didn’t appear to be a threat until she tried to put out the flames.

“His demeanour had changed. He was not wanting me to put the fire out. If I went to the right side, he would follow me there. I felt quite intimidated,” she said.

“He had just proven to me he had brute strength.

“I felt like he was almost guarding the car. I wanted to smash a window but I felt that would antagonise him.”

Fernandez tried to get other witnesses to help, but realised Baxter was armed and said she “bolted.”

Clarke died in hospital later that day, succumbing to her injuries.

“Because I work just up the road, we heard all these sirens, and I was just sitting there like, ‘wonder what’s going on today?’,” she said.

Clarke’s parents were able to meet one of the neighbours on the scene who tried to save her, Ben Young.

“I want you guys to know I did all I could, I was there at the car, I was screaming ‘Lady, please get out!’ I also want you to know how courageous she is, I’ve never seen anything like that,’ Young said appearing on 97.3 FM’s Robin, Terry & Kip breakfast show.

The inquest is ongoing, more as this story develops.