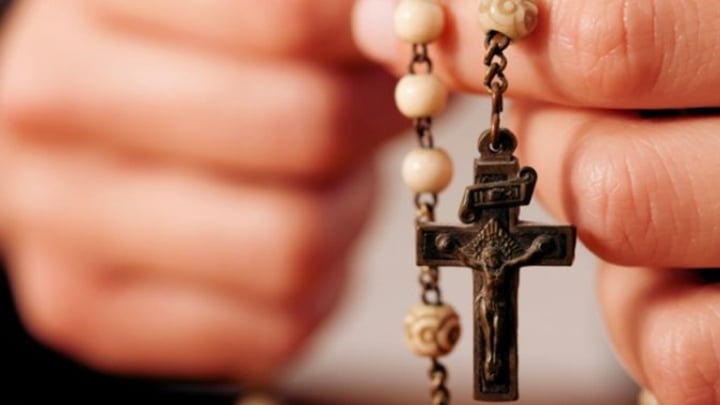 A Sydney priest says the church shouldn't be forced to break the seal of confession. Source: Getty

Priests shouldn’t be forced break the seal of confession to report instances of child sexual abuse, according to Sydney priest Michael Whelan.

Whelan told the ABC the government’s decision to order the Catholic Church to lift the veil of secrecy applied to church-goers and their priests was in conflict with the church’s religious principles.

“The state will be requiring us as Catholic priests to commit as what we regard as the most serious crime and I’m not willing to do that,” Father Whelan said.

He went on to say he expected the majority of Australia’s priests to ignore the government ruling and try to counsel pedophiles who confessed to their crimes privately rather than report them to police.

Asked if the Catholic Church was above the law, he said: “Absolutely not, but when state tries to intervene on our religious freedom, undermine the essence of what it means to be a Catholic, we will resist.”

The Royal Commission into Institutional Responses to Child Sexual Abuse recommended in 2017 that the sanctity of the confessional be scrapped after it was revealed hundreds of people within the Catholic Church were aware of crimes against children for decades, but did nothing to bring abusers to justice.

Earlier this week, South Australia became the first state to enforce the Federal government’s recommendations and ordered priests to follow mandatory reporting orders that require them to tell authorities of potential child sex abuse cases that are revealed in confession, or face a fine of $10,000.

The Catholic Leader reported that a similar law was due to come into effect in the Australian Capital Territory from March 2019, which will see priests who don’t report child abuse confessions possibly face criminal charges.

The seal of confession has been at the centre of Catholicism for hundreds of years and guarantees those who confess their sins, and crimes, to priests can do so knowing their secret is safe. While it’s an effective form of justice for those who believe only God can judge them, it’s led to serious crimes going unreported and allowed abusers to avoid facing the legal system.

Archbishop Mark Coleridge, who is the president of Australian Catholic Bishops Conference, echoed Whelan’s sentiments on Thursday, and said that while priests want to protect children, mandatory reporting of child sexual abuse confessions won’t help them do that.

“The church doesn’t want to protect criminals, it wants children to be safe from them,” he said in a video uploaded to Youtube. “And the church wants measures that really make environments safer for children. But, there’s nothing to suggest that legal abolition of the seal will help in that regard.”

“I want to assure you that Australia’s bishops, along with the leaders of religious orders, are well aware that our commitment to the protection of children must not be allowed to waver on the long journey ahead.”

What are your thoughts on this? Should priests be forced to report confessions of child abuse? Or should the seal be protected under religious freedom?