‘You are not alone’: Prince Harry’s emotional Remembrance Day letter to children of the fallen 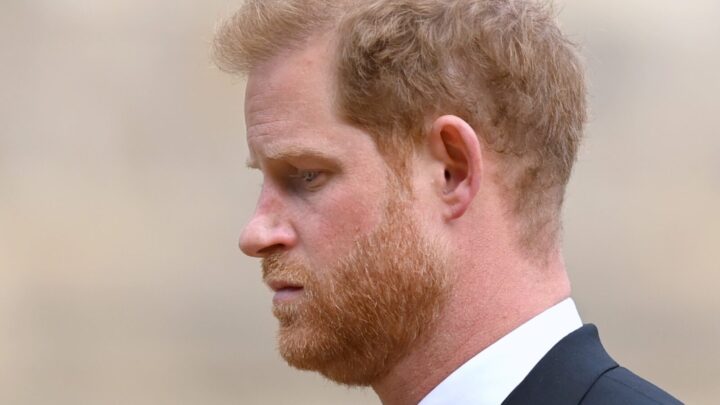 This Remembrance Day Prince Harry reflects on the pain of losing a parent. Source: Getty

As members of the Royal Family take a moment to honour British veterans at the annual Remembrance Day Service at The Cenotaph, across the pond, Prince Harry took a personal approach to commemorate the poignant day.

In honour of Remembrance Day on Sunday, November 13, the Duke of Sussex penned a tearful and moving letter to Scotty’s Little Soldiers, a British-based charity for bereaved military children.

Every child in a yellow & black scarf in the Remembrance parade is a bereaved military child who has experienced the death of a parent who served.

Every day is Remembrance Day for a bereaved military child.https://t.co/a7NegcFvLy#WeWillRememberThem #RemembranceSunday @BBCOne pic.twitter.com/ctM7H6DOFT

Having lost his mother, Princess Diana, at just 12, the now 38-year-old father of two reflects on his personal experience of the “pain and grief” that follows after the death of a parent.

“We share a bond even without ever meeting one another, because we share in having lost a parent. I know first-hand the pain and grief that comes with loss and want you to know that you are not alone,” Harry wrote.

“While difficult feelings will come up today as we pay tribute to heroes like your mum or dad, I hope you can find comfort and strength in knowing that their love for you lives and shines on.

“Whenever you need a reminder of this, I encourage you to lean into your friends at Scotty’s Little Soldiers.

“One of the ways I’ve learned to cope has been through community and talking about my grief, and I couldn’t be more grateful and relieved that you have amazing people walking beside you throughout your journey.

“We all know some days are harder than others, but together those days are made easier.

“Today and every day, I admire and respect all the men and women who have given their lives in service of us – especially those in your family.”

Harry then finished off his note, writing “I am also incredibly proud of you for being the best example in remembering them” and signing off with “my deepest respect Prince Harry, the Duke of Sussex”.

Harry’s touching gesture comes after reports emerged that the Royal Family had removed his Remembrance Day wreath display at the Poppy Factory, in an effort to “airbrush the Prince from royal history”.

Other wreaths from prominent Royal Family members are still on display, while Harry’s and that of his disgraced uncle, Prince Andrew, are now missing.

The move no doubt struck a cord for Harry as he is a British Army veteran who served in the military for 10 years.

While neither the Poppy Factory nor Buckingham Palace has offered to comment on the whereabouts of Harry’s wreath, an inside source has told the Mirror that they “got rid of it”.

“Harry used to have his wreath on display in the centre’s old exhibiting area, but it isn’t anymore,” they said.

“We’ve got rid of it – and all the duplicates we kept too.”

This wouldn’t be the first Remembrance Day hit Harry has taken from his family. Last year, Buckingham Palace refused Harry’s request to join, from afar, in the Royal Family’s annual Remembrance Day ceremony.

According to The Sunday Times, the Duke was denied permission for a wreath to be laid at the Cenotaph on his behalf.

The newspaper reports that the request was rejected because “he is no longer representing the monarchy”.

Harry was allegedly “deeply saddened” by the decision, as it was a “sign that his official links to the Royal Family are permanently severed”.

Despite this, Prince Harry and his wife, Meghan Markle, wore commemorative poppy pins and privately visited the Los Angeles National Cemetery on Remembrance Sunday, to honour those who died in the line of duty.