Remembering Diana: The moments that made Princess Diana the ‘people’s princess’ 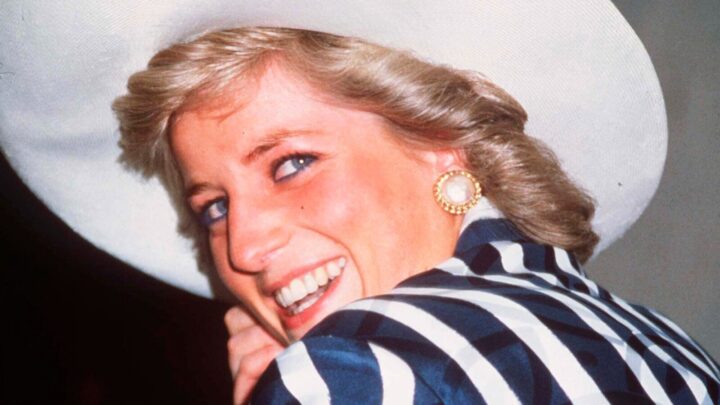 Even after her death, Diana's fairytale turned tragedy life story is still being told today- as the late Princess's death transformed her into a symbol of resilience and redemption. Source: Getty

The world stood still 25 years ago on August 31, as news of Princess Diana’s sudden death from a fatal car crash in Paris spread across the globe.

The week leading up to her funeral was met with a global outpouring of grief, disbelief, and speculation as Britain tried to come to terms with the loss of their beloved Princess who was only 36 at the time of her death.

Had she survived the accident she would be 61 years old and a grandmother and more than likely still tackling difficult humanitarian cases. Even after her death, Diana’s fairytale-turned-tragedy life story is still being told today, as the public continues to view her as a figure of resilience and hope.

To mark the 25th anniversary of her death, Starts at 60 looks back at the moments that made Diana Spencer the “people’s princess”.

The wedding of the century

Lady Diana Spencer’s marriage to the crown Prince of England, Charles, was dubbed the wedding of the century. To the 750 million viewers, Diana was the perfect image of a blushing bride, with the royal wedding looking like it was right out of a fairytale book.

Charles and Diana’s wedding marked the first time a royal bride broke royal wedding tradition when Diana chose to omit the word “obey” from her wedding vows. Now 30 years later, her own son Prince William and Kate Middleton followed suit; as did Meghan Markle when she married Diana’s youngest son Harry, and her niece Princess Eugenie.

Diana and Charles were also the first royal newlyweds who shared a kiss on the Buckingham Palace balcony in front of the public, kick-starting the public’s admiration for their new Princess.

Her love for her children and approach to motherhood

Diana’s wedding vows were only the beginning of her lasting impact on the Royal Family and the nation. On top of being seen as a true trailblazer and royal rule breaker, Diana was also known for her redefined approach to royal motherhood.

Diana’s two sons were her top priority and she took raising them very seriously, determined to raise her children as “normal” as possible. She pushed the boundaries of what was expected from a royal mother.

In a 1985 interview, Diana express that she lived for her sons.

“I would be lost without them,” she said.

According to Newsweek, the Princess reportedly coordinated her royal duties to match her son’s schedule. She broke royal protocol and had her children attend school, making Prince William the first future royal to be fully educated through a public school system.

Her determination and dedication to her children’s upbringing paid off in the end as both William and Harry have followed in their mother’s footsteps in parenthood.

“She always understood that there was life outside of palace walls,” Prince William said in an  ITV commemorative documentary.

“My mother cherished those moments of privacy and being able to be that mother, rather than the Princess of Wales.”

Removing the stigma on HIV and AIDS patients

Outside of her influence in fashion and her approach to motherhood, Princess Diana was greatly admired for her charity work and fearlessness when addressing topical issues. One issue the late Princess continuously fought for was gay rights, specifically ending the stigma around those suffering from HIV and AIDS.

At the height of the AIDS epidemic, Diana opened the first ever HIV/AIDS unit at the London Middlesex Hospital to exclusively care for those infected with the virus. It was here where photographs of her touching HIV-positive patients without gloves on were taken, a remarkable event for the time considering many believed incorrectly that you could “catch” the virus through touch.

“She brought passion to the cause, and did things which were truly remarkable. She was the first person of profile who was prepared to shake hands and touch people with HIV, which at the time was seen as a risk,” Green said.

“This statement publicly challenged the notion that HIV was passed from person to person by touch.”

Her work to eradicate landmines

Diana’s efforts to destigmatise AIDS/HIV were not her only legacy, just months before her tragic car crash Princess Diana made a historical trip to Angola where she stepped out onto an active minefield in an effort to fight for the eradication of landmines.

Nowadays, landmines are widely considered as an unacceptable byproduct of war and conflict, however, in the ’90s landmines were often considered a necessary weapon.

In 1997, Diana met with the HALO Trust, an organisation that had been working to clear mines in Angola.

Images of Diana decked out in body armour standing next to a sign that read “danger” and another of her sitting next to a young amputee immediately circulated across the globe, receiving both backlash and admiration from the public.

Many members of the UK’s Conservative party, who were in power at the time, accused Diana of going against government policy and publicly showing her support for another party, with the then junior defence minister even calling her a “loose cannon”.

Despite the controversy, Diana continued to defend her visit and insisted her actions were not politically motivated.

In a 1997 speech about her trip, Diana claimed she was “not a political figure”.

“As I said at the time, and I’d like to reiterate now, my interests are humanitarian. That is why I felt drawn to this human tragedy,” she said.

“How can countries which manufacture and trade in these weapons square their conscience with such human devastation?”

In a letter she wrote to the British Red Cross she revealed that “if my visit has contributed in any way at all in highlighting this terrible issue, then my deepest wish will have been fulfilled”.

Diana’s work on the eradication of landmines was significant as it was also her first major initiative since her official divorce from Prince Charles the year prior.

Her controversial interview with Martin Bashir

As controversial as it was, Princess Diana’s Panorama interview with BBC journalist Martin Bashir could arguably be the event that totally won over the public’s heart.

In the interview, not only did Diana candidly speak of her husband’s affair with Camilla Parker-Bowles, the now Duchess of Cornwall, it was in this interview where she famously said she didn’t see herself “being the queen of this country”, instead saying she would “like to be the queen of people’s hearts”.

“I don’t think many people would want me to be queen, and when I say many people, I mean the establishment that I’m married into,” she said in the interview.

“They’ve decided that I’m a nonstarter because I do things different, because I don’t go by a rule book because I lead from the heart and not the head. And albeit that’s gotten me into trouble in my work, but someone’s gotta go out there and love people.”