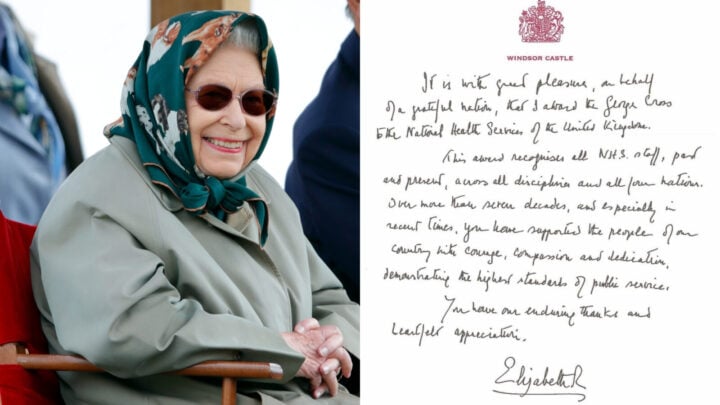 Queen Elizabeth proves she's not given up on the art of letter writing, but is she the only one? Source: Getty

The Queen penned a heartfelt thank-you letter to Britain’s National Health Service (NHS) this week, to share her and the nation’s “heartfelt appreciation”. The personal note has reminded us here at Starts at 60 of what was once a long-held tradition, but now appears to be a rare and somewhat dying art.

The Queen wrote the thank-you letter to mark her awarding the health service with the George Cross, the nation’s highest award for gallantry and heroism, recognising the “courage, compassion and dedication” of the staff.

“Over more than seven decades, and especially in recent times, you have supported the people of our country with courage, compassion and dedication, demonstrating the highest standards of public service,” the monarch wrote. “You have our enduring thanks and heartfelt appreciation.”

Royal fans were quick to praise the ‘gracious’ Queen for the letter, saying it was a “typical” and “fitting” gesture for the monarch.

“Well deserved, and so typical of our gracious Queen that the letter was handwritten,” one commented on The Buckingham Palace Facebook post. While another wrote, “A fitting heartfelt acknowledgement from our Queen of their commitment to the nation.”

“How wonderful, a handwritten letter from Her Majesty The Queen. Very, very well-deserved praise for these marvellous people who went above and beyond to provide the nation with care,” another said.

While the Queen might be holding on to the tradition, it seems most of us have given up writing or expecting handwritten letters these days, choosing instead to phone or send a text message or email. So, is the art of letter writing dying, or already dead?

We reached out to our readers via Facebook to ask, and while many said they still enjoy sending them, most said it was a hobby that was sadly beginning to wane.

“Yes, I do. Plus I love to receive letters in the mail. Not many now [though],” Marlene Ryman commented.

“I love to write and receive letters and cards,” Kathy Burch Brown wrote, before adding, “Not as many nowadays.”

While Kaye Roberts agreed that she too wasn’t doing it as often, writing, “Yes I do. Not so many these days. Shame”.

One reader revealed, “I no longer send letters, but still phone and thank the sender,” while another explained they now choose to send e-cards over the internet. “Once we had strings of [Christmas] cards, now we have a few, as many of our friends do the same. Money is tight and postage is high. Christmas changes as you get older,” they added.

Do you still send handwritten letters or thank-you notes?