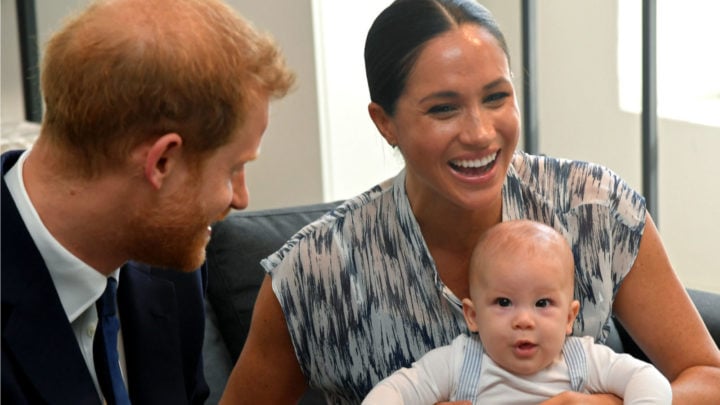 The Duke and Duchess of Sussex have shunned a traditional royal Christmas in favour of spending their son’s first festive period with Meghan’s family instead, it has been confirmed.

Following rumours about how the Sussexes would spend the holidays, Buckingham Palace released a statement on Wednesday confirming that the family of three would not join Her Majesty the Queen at Sandringham for her annual Christmas festivities.

Every year, senior members of the British royal family gather at the monarch’s Norfolk estate to celebrate Christmas, attending a service at St Mary Magdalene Church and adhering to a strict schedule. But next month the duke and duchess, along with six-month-old baby Archie Harrison Mountbatten-Windsor, will spend the day with Meghan’s mum Doria Ragland instead.

“The Duke and Duchess of Sussex are looking forward to extended family time towards the end of this month,” a palace spokesperson said in a statement, reports The Telegraph. “Having spent the last two Christmases at Sandringham, [the couple] will spend the holiday this year, as a new family, with the duchess’ mother, Doria.

“This decision is in line with precedent set previously by other members of the royal family, and has the support of Her Majesty The Queen.”

The confirmation comes after it was revealed that Prince Harry and Meghan would be taking a break from their official royal duties, with rumours circulating that the couple will take Archie overseas to Meghan’s home country, the United States. It has not yet been confirmed whether they will remain in the US for the holidays, or return to the UK with Doria.

Harry and Meghan’s break from public life comes after the couple gave raw interviews about the strain that public and media scrutiny has had on their lives as part of ITV documentary Harry & Meghan: An African Journey.

Meghan opened up about the toll the scrutiny took on her, particularly whilst she was pregnant with Archie, telling journalist Tom Bradby: “Look, any woman especially when they are pregnant you’re really vulnerable and so that was made really challenging, and then when you have a new born, you know…

“And especially as a woman, it’s a lot. So you add this on top of just trying to be a new mom or trying to be a newlywed. And, also thank you for asking, because not many people have asked if I’m OK. But it’s a very real thing to be going through behind the scenes.”

The duchess could then be seen getting visibly emotional as Bradby then asked her: “Would it be fair to say, [you’re] not really OK, as in it’s really been a struggle??” To which Meghan replied: “Yes.”

Harry also spoke candidly to Bradby for the documentary, which followed the couple on their recent tour of Africa, as he opened up about the rumours of a rift between him and brother Prince William.

Do you think this is the right decision? How do you spend the Christmas period?