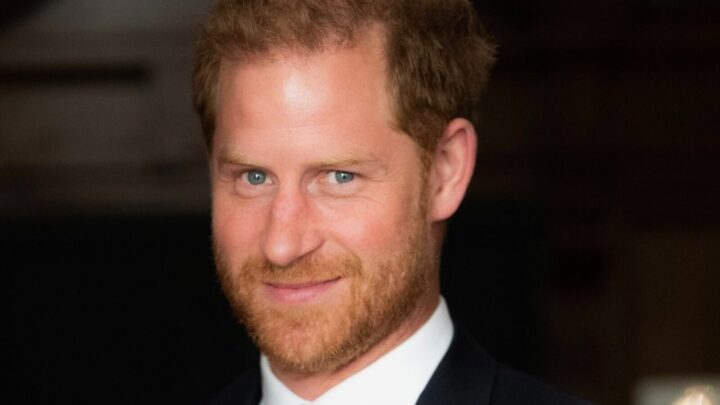 Proud dad Prince Harry opens up about his two kids and life as a dad. Source: Twitter @AshleyHyl_

Devoted dad Prince Harry has offered a rare glimpse into his family life during a heartfelt video call with the winners of the WellChild Awards, on Monday, October 10.

The Duke of Sussex, 38, initially spoke to little Henry Waine, 4, the winner of the Inspirational Child Award in the 4-6 category, who was accompanied by his parents Ben and Shevonne.

Harry, who quickly bonded with the toddler, gushed over the way Henry spoke, saying: ” you sound just like my son Archie…you have the same little squeaky voice. I love it”.

Later in the conversation, the curious tot asked the Duke about how his own children, Archie, 3, and Lilibet, 1, were doing.

“They’re doing great…Archie is very, very busy and Lili is learning to use her voice, which is great,” Harry replied.

The Duke, who was speaking from his sunny California home, wrapped up their call by telling Henry to “continue being the brave boy that you are, not just for your mum and dad, but for your little brother as well” and told Henry’s parents he had “full respect” for them, before hopping on his next call with 10-year-old Shakeerah Crowther.

While chatting with Shakeerah, Harry spotted a giant giraffe balloon in the background. Clearly excited by his discovery the Duke asked Shakeerah how long she had the balloon for, adding “Archie has a giraffe as well that lasted a very long time, and we call him Gerald”.

Finally, Harry spoke with Isabelle Delaney, the recipient of the WellChild Award for the Inspiration Young Person for ages 12 to 14, who was later joined by her assistant dog, a labradoodle named Hope.

Having Hope appear on the video call gave Harry the perfect segue into sharing his own experience living with three dogs.

“I tell you what, we all need a dog that keeps us calm. I’ve got three in this house now. So, we basically have five children,” Harry joked.

“And between the three of them, they charge around chasing squirrels and causing all sorts of problems for us, every single day. But they are also emotional support dogs 100 per cent — when they’re behaving.”

The video chat with the award recipients and their families follows Prince Harry and his wife’s, Meghan Markle, return to California following their attendance at Queen Elizabeth II’s state funeral.

Both Archie and Lilibet had been left behind with Meghan’s mother, Doria Ragland, as Harry claims that he and his family do not have an adequate level of security protection in the UK.

Since stepping down from their senior working roles in 2020, Harry and Meghan lost publicly funded UK protection, citing this as the major reason why they have not returned to Britain as much as they would have liked. Claiming that the risk to them is no lower than when they were working royals.

“The UK will always be Prince Harry’s home and a country he wants his wife and children to be in…in absence of such protection, Prince Harry and his family are unable to return home,” Harry’s legal team wrote in a statement.