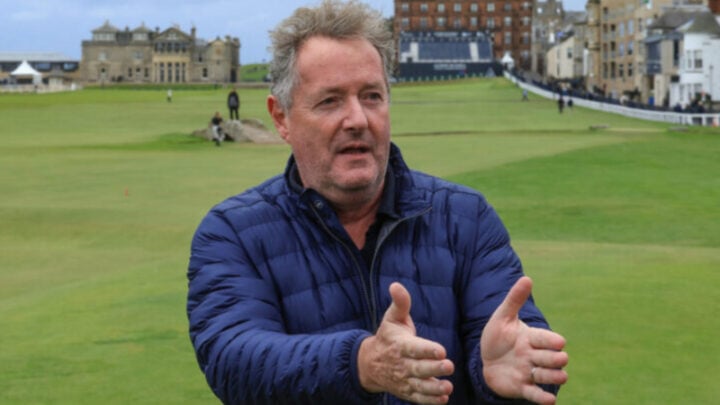 Prince Harry's comments didn't sit well with Piers Morgan who wasted no time in jumping on Twitter to take Harry to task over the statement.Source: Getty Images.

Outspoken television host Piers Morgan has hit out at the equally controversial Prince Harry after he blasted Prince William during the fourth episode of the docu-series Harry and Meghan.

Prince Harry drew the ire of Morgan when he said that Prince William had broken a promise the pair had made to each other and began “planting” and “trading” stories with the UK media about him and his family.

The broken promise to which Harry refers allegedly occurred following Harry and Meghan’s decision to step back from Royal duties and effectively distance themselves from the Royal Family, which in turn resulted in the two brothers having separate media teams.

“William and I both saw what happened in our dad’s office and we made an agreement that we would never let that happen to our office,” Harry said in the documentary.

“I mean constant briefings about other members of the family… inviting the press in – It’s a dirty game.

“There’s leaking but also planting of stories. So if the comms team wants to remove a negative story about their principle, they will trade and give you something about someone else’s principle.

“And so the offices end up working against each other.”

Harry & Meghan. All episodes are now streaming. Only on Netflix. pic.twitter.com/ERElENiFPC

The Prince said his brother’s decision to play the “game” was “heartbreaking”.

“I would far rather get destroyed in the press than play along with this game or business of trading,” he said.

“To see my brother’s office copy the exact same thing the two of us promised we’d never do.

Harry’s comments didn’t sit well with Morgan who wasted no time in jumping on Twitter to take Harry to task over the statement.

“Prince Harry publicly trashing his brother William, branding his father King Charles a liar, and attacking his grandmother the late Queen for doing nothing,” Morgan wrote.

“This is such a grotesque and sickening betrayal of his family.”

After slamming Harry for attacking Prince William, Morgan vented his frustration regarding his unwanted involvement in series after he was “heard/quoted” in one of the recently aired episodes.

I’m being regularly heard/quoted in this second instalment of the Megsflix whine-a-thon.
I’m traumatised by this terrible invasion of my privacy.

It should come as little surprise that Morgan took issue with the documentary given that by his own admission even the trailer for the series caused him to “physically recoil in abject disgust”.

Morgan slammed the couple for being hypocrites for seemingly always telling their story after demanding privacy.

“Imagine bleating constantly about privacy, including repeatedly suing news organisations for intrusion, and then making a kiss-and-tell reality show about your private lives?” he said.