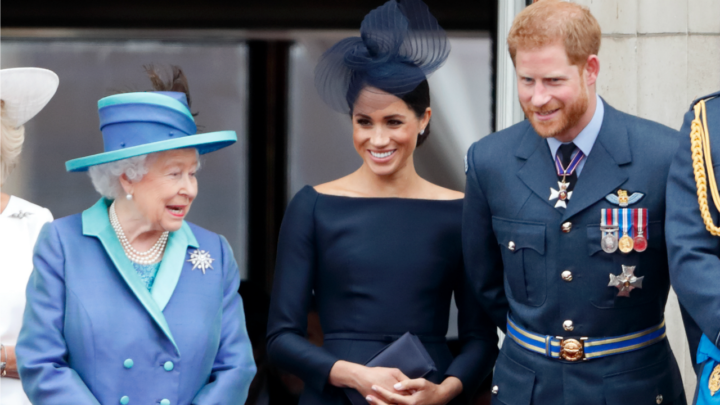 Queen Elizabeth has approved Prince Harry and his wife Meghan’s decision to step down as senior members of the royal family but hinted that the couple will lose their ‘royal highness’ titles.

At the same time, Princes William and Harry put out a joint statement hitting out at claims there was a rift between the pair, caused by Willian’s “bullying attitude”, as speculation reaches fever pitch following Harry’s shock announcement last week.

The heavily anticipated update from the Queen comes amid a torrid time for the royal family, which had been under intense scrutiny following the decision by the Duke and Duchess of Sussex, as Harry and Meghan are officially known, to quit their royal duties in favour of a more independent life outside the UK.

Prince Harry and Meghan shocked royal-watchers last week when they announced they would step down from their positions as senior members of the royal family. Instead of undertaking royal duties as full-time members of the family, such as Prince William and his wife Catherine, the couple plan to split their time between the UK and North America and work to forge a financially independent life with their son Archie.

In a statement released overnight in Britain following private talks with Princes Harry and William and their father Prince Charles, Queen Elizabeth said she and her family respected the Duke and Duchess of Sussex’s wish for a different life but would have preferred that they remain full-time working royals.

“Today my family had very constructive discussions on the future of my grandson and his family,” Her Majesty said.

“My family and I are entirely supportive of Harry and Meghan’s desire to create a new life as a young family. Although we would have preferred them to remain full-time working Members of the Royal Family, we respect and understand their wish to live a more independent life as a family while remaining a valued part of my family.”

“Harry and Meghan have made clear that they do not want to be reliant on public funds in their new lives,” the Queen’s statement added. “It has therefore been agreed that there will be a period of transition in which the Sussexes will spend time in Canada and the UK.”

The Queen noted that she wanted the matter resolved in “the coming days”, despite the complexity of the issues the royal family is tackling.

Dymond also pointed out that the Queen’s statement left “buckets of questions outstanding”, including “on who will pay what (not, the Queen says, the taxpayer) and on how Harry and Meghan will support themselves”.

Other royal experts said the monarch’s decision to refer to the couple simply as “Harry and Meghan” was likely an indication she will strip them of their ‘royal highness’ titles.

Declining to undertake official duties mean the couple won’t receive a salary from the Queen in the form of a sum from the Sovereign Grant. However, they have said they expect to receive financial assistance from the Duchy of Cornwall, which is a private estate managed by Prince Charles. British newspapers have put that sum at about £2.4 million a year.

How the couple intend to create a private income sufficient to maintain their expensive lifestyle is yet to be revealed, although it is known that they trademarked the brand name Sussex Royal some months ago.

A column in The Telegraph newspaper pointed out that it was far more difficult to generate money from celebrity than it appeared, noting that although Jamie Oliver and Victoria Beckham were well known, their actual business ventures were unsuccessful.

“Meghan was a moderately well-known actress, but Harry is only famous because of his parents, and brother,” Matthew Lynn wrote. “Once he steps outside of that, he may find his star power starts to fade alarming quickly.

“Other celebrities have made themselves famous from nothing, and know how to keep themselves in the public eye, but there is no evidence the Sussexes have that kind of ability.”

The prospect that the couple may become involved in tawdry money-making schemes is no doubt a worry for the Queen, who will no doubt remember the same occurring after Princess Diana’s death, when her memorial fund used her image on scratchcards and other tacky items.

As speculation continues over how the duke and duchess will conduct their new, non-royal affairs, British newspapers have also been riddled with ‘insider’ stories on the reaction to their news within the royal family itself.

One such story, published by The Times, alleged that Harry and Meghan felt pushed out of the family by what the newspaper described as Prince William’s “bullying attitude”.

Responding to that story in a statement also released overnight, the princes hit out at the “inflammatory language” it used.

“Despite clear denials, a false story ran in a UK newspaper today speculating about the relationship between The Duke of Sussex and The Duke of Cambridge,” their statement read, according to multiple reports. “For brothers who care so deeply about the issues surrounding mental health, the use of inflammatory language in this way is offensive and potentially harmful.”

UK media commentator Piers Morgan, a fervent critic of the Duchess of Sussex, was, however, quick to accuse Harry and Meghan of bullying, on the back of the queen’s latest statement.

“Harry/Meghan have successfully bullied the Queen into letting them have their cake & eat it,” the former newspaper editor tweeted.

Do you agree with Prince Harry and Meghan's decision to step down from their senior positions?