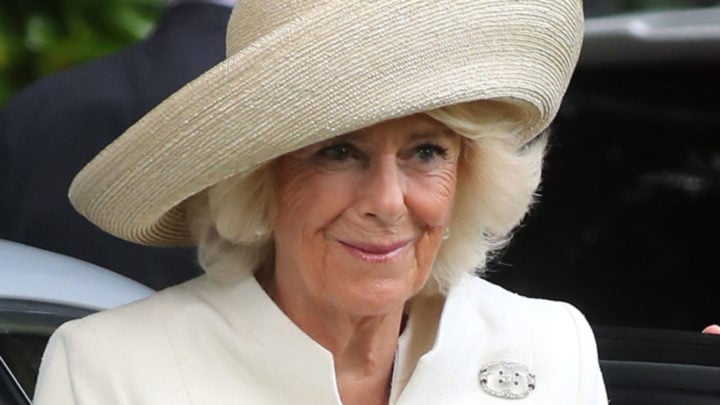 The royal couple are carrying out a week-long tour of New Zealand. Source: Getty.

The Duchess of Cornwall stepped out for the second full day of her royal tour of New Zealand, alongside husband the Prince of Wales, on Tuesday as the royal couple attended the Ceremony of Welcome at Government House in Wellington.

Camilla and Charles are scheduled to spend eight days in the country, having been requested to visit by Jacinda Ardern’s government, and the pair received a traditional Maori welcome earlier today as they were greeted by the Kaumātua and Kuia before watching a Haka performed by members of the New Zealand Defence Force.

On the lawn of Government House, Their Royal Highnesses receive a traditional Māori welcome from members of the @NZDefenceForce. #RoyalVisitNZ pic.twitter.com/ONepZPKJaR

— The Prince of Wales and The Duchess of Cornwall (@ClarenceHouse) November 19, 2019

The 72-year-old duchess looked glamorous for the outing as she stepped out in a classic off-white skirt suit, wearing a fitted collarless jacket over a matching A-line pleated skirt. Sticking with the elegant theme of the day, Camilla completed the look with a stunning asymmetrical hat and an understated silver brooch on her left shoulder. Carrying a small beige clutch bag, she finished the ensemble with a pair of her favourite court shoes.

Following the appearance, the royal couple were praised on social media, with one fan writing: “It’s great to see Prince Charles and the Duchess of Cornall connecting so easily with people.”

Another wrote: “Great photos. I love Charles and Camilla.” While a third commented: “Love The Prince of Wales! A wonderful father & humanitarian!”

The couple kicked off their visit on Monday with a trip to Mount Roskill War Memorial Park in Auckland – which recognises the contribution of troops from the Pacific Island nation of Nieu in the First World War – where they laid a wreath.

Have you ever been to New Zealand? What do you think of Camilla's outfit?