Five-bedroom house to living in a car: The rise of our older homeless women 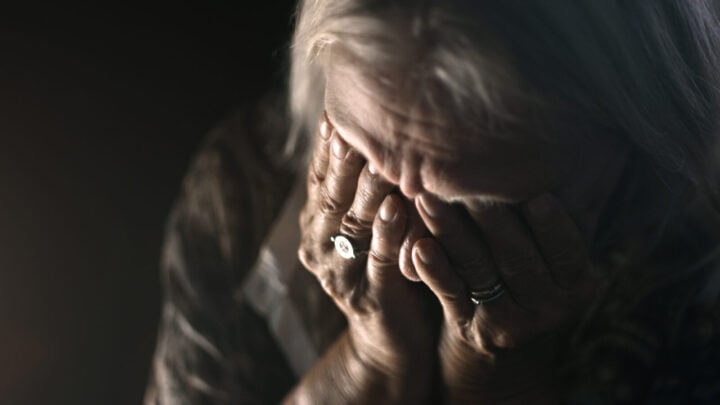 There is a growing number of Australian women finding themselves homeless in their later years. (Model posed for photo.) Source: Getty

Fourteen years ago, Elizabeth* owned a business and was living in a five-bedroom home overlooking the beautiful Whitsunday Islands. Now, after a messy divorce, she’s lost her home and has even spent three months living in her car. Far from the image you’d expect of a homeless woman, she is one of a growing number of older Australian women who find themselves losing their financial security later in life, and is warning others to protect themselves.

After a horrific concatenation of events, 62-year-old Elizabeth lost her business, her husband and her home — all while dealing with a series of complicated illnesses and injuries. Seven years on, the former business owner is staying indefinitely with a friend and is receiving a Centrelink payment that she says barely supports her – let alone allows her to buy a home.

Speaking to Starts at 60, Elizabeth said she wanted other people to know her story and about the growing number of women in similar circumstances. “Any woman needs to protect herself financially,” she said. “Things may seem happy in a partnership now but anything can happen. After my husband evicted me from my home, I had to come down to Victoria to stay with a friend. He took my home and my money. I am on Centrelink and, no, it’s not nearly enough to live on.”

Fiona York, HAAG executive officer, said the reasons women end up in the situation are varied, however, older women’s pathway to homelessness is a gendered issue and a “consequence of long-term systemic issues” that the government needs to address. York said, “35 per cent of women aged 60-64 have no superannuation at all.

“Women retire with lower average superannuation balances than men,” she added, “as a result of a range of structural social and economic factors including: the gender wage gap, time taken out of the workforce to care for children or other family members, female-dominated industries being more likely to be low paid, casual or part-time, experiences of family violence, and gender and age discrimination in the workforce.

“The problem is exacerbated by Australia’s lack of appropriate and affordable housing, particularly for those on low incomes, which means that increasing numbers of older women are left with nowhere to go,” York said. “We know that the women who present at homelessness services represent the tip of the iceberg.”

When Elizabeth’s husband left her for another woman, the downward spiral began. In 2009, Elizabeth was still living in her Whitsundays home when she received a letter from her ex-husband’s solicitor offering her to buy him out of the mortgage. Unfortunately, her business had begun to feel the implications of a struggling local economy, so she was unable to get a loan from the bank and couldn’t afford a solicitor.

By late 2009, things had gotten worse. Elizabeth was summoned to appear in court in Rockhampton – over 10 hours drive away from her home in the Whitsundays. The date of the appearance corresponded with a serious operation to have part of her bowel removed, meaning she’d be unable to attend. Despite writing a letter to the courts, she says the trial went ahead without her. “I was going into hospital to have part of my bowel taken out, so my doctor wrote a letter to the court saying I was not able to travel to court as it was a 10-hour drive,” Elizabeth said. “The court overlooked this letter and made a decision in favour of my husband.”

The order meant the house would be sold and the profits split, however, it specified the two parties needed to agree on the sale price before a sale could be finalised. Elizabeth alleges her husband didn’t consult her, and she was unable to afford a solicitor to fight it. Elizabeth has never seen a penny from the sale of the house, which was sold for just $470,000. “I didn’t even get the paperwork from the sale. I got nothing,” she said. “We bought that house from the sale of a house I owned. I bought him a boat [that was] shipped from America, financed holidays, etc. It is just so wrong.”

By 2010, the emotional and physical stress of the past year had finally taken their toll, and Elizabeth suffered a nervous breakdown. During this time, she says she was given incorrect advice telling her she needed to vacate the premises, something she has since learnt was illegal, as her name was on the title and mortgage. And so, with very few belongings, Elizabeth moved from her five-bedroom, three-bathroom house with a pool and ocean views into her car. As if the situation couldn’t get worse, Elizabeth fell while moving her belongings and broke her back in two places, an injury she says will never be fixed.

Elizabeth has sought legal and government advice on the situation and has been advised to lodge a contravention order against her husband for not following the orders set by the court. However, at $2000, the cost of lodging the contravention order is far from what she can afford on her fortnightly Centrelink payment.

With nowhere else to go, Elizabeth lived in her car for three months until a friend offered her a place to stay in Victoria, where she says she’s grateful to be able to stay indefinitely. Elizabeth is now studying Disability and Aged Care Work, which she says she hopes will mean she can better help others to protect themselves from ending up in a similar situation. “I am still in a state of disbelief and still on medication for depression, anxiety and a broken back,” she said. “I feel cheated and stupid.”

*Real name has been changed to Elizabeth, to protect her identity.

How will the problem be addressed?

The women at risk of homelessness are often described as “invisible”, and as the majority of them have had conventional housing histories throughout their life, they often don’t know what support services are available, and where they can turn for help.

Earlier this month, a national campaign representing more than 250 Australian organisations, including HAAG released startling figures on homelessness in Australia. The figures state that this year alone, 7,500 more people will experience homelessness and nearly 880,000 families face housing stress – up 170,000 from almost 710,000 households in February 2020. In order to counter the growing issue, York said there first needs to be an increased amount of affordable and appropriate housing made available to these women.

“Although awareness has been raised about this issue in recent years, there has been very little action from decision makers,” York said. “HAAG is calling for urgent government investment in well-designed, well-located public and community housing, and low-cost retirement housing options, to address the lack of supply of affordable housing. We are calling on governments to support the development of services in each state and territory based on our [Victorian] Home at Last model, which provides specialist housing information and support to people aged 50 years and older.”

HAAG is also calling for investment into support for older women before they reach crisis point, including offering access to immediate temporary accommodation that enables them to shelter safely, as well as developing more easily accessible housing support information. The report identifies the wider issue of addressing economic safety for women in retirement, which it says can be addressed through tax, superannuation, workplace, housing and aged care policy reforms.

If you are facing a risk of homelessness, York said the Assistance with Care and Housing program is a sub-program of the Commonwealth Home Support Program and has services in every state and territory. Or, if you’re in Victoria, you can call Home at Last on 1300 765 178 for free advice and assistance.

What do you think of Elizabeth's story? Have you - or someone you know - experienced something similar?