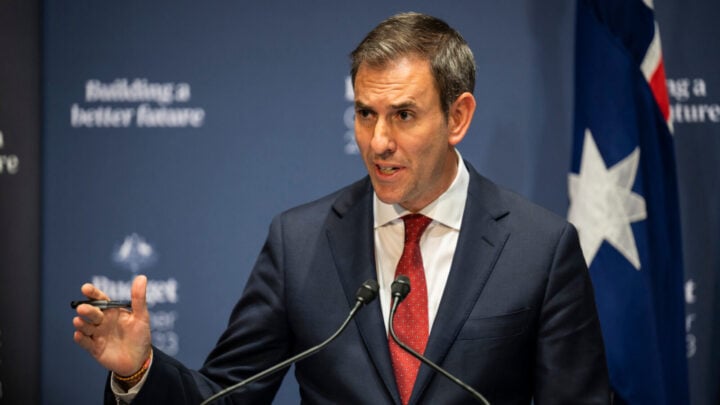 The Federal Budget has been revealed. Source: Getty

Despite the 2022 Federal Budget’s main winners being families and healthcare, the Albanese government threw in some sweeteners for seniors to help relieve the current cost of living crisis.

Factors of global uncertainty such as the war in Ukraine and recent flooding disasters along south-east Australia have led the government to release a budget that is “solid, sensible and suited to the times”.

So, what did seniors win in this budget?

Ahead of its release, Treasurer Jim Chalmers revealed the budget would include $33 billion to be divided amongst pensioners and other social security payments recipients over the next four years.

Speaking with the ABC, Chalmers said one-third of the $33 billion will be given to pensioners, one-third to JobSeeker payments and the remainder distributed among family assistance and carers and disability payments.

Over the next four years, the Government will provide $69.6 million to raise the income threshold for the Commonwealth Seniors Health Care card.

For pensioners wanting to get back into the workforce, a one-off credit of $4,000 is available, lifting the amount pensioners can earn to $11,800 from $7,800 before pension payments are affected.

For pensioners who rely on income from deemed financial investments, the Government announced in the budget that it will continue the current social security deeming rates until June 30, 2024, freezing the rates for two more years.

In a bid to motivate seniors to downsize their homes, the budget includes $73.2 million over the next four years, along with an extension for the exemption from the asset test for pensioners on profits of principal home sales, from 12 to 24 months.

To continue to relieve the financial stress on downsizers, the government has announced only the lower deeming rate of 0.25 per cent is applicable to principal home sale profits in relation to the deeming income for two years after a home has been sold.

From January 1, 2023, the maximum co-payment for medicines listed under the Pharmaceutical Benefits Scheme (PBS) will be reduced from $42.50 to $30 per script.

This will save Australians more than $190 million in out-of-pocket fees.

The government announced they will be providing $1.4 billion to the budget to include new and amended medicines to the list on the PBS, in the hopes to allow Australians better access to a broad range of treatments, growth hormone deficiency in children, and various types of cancers.

The budget includes $2.9 billion to go towards strengthening Medicare, creating 50 Urgent Care Clinics, and $229.7 million to be provided for improving General Practice.

The government has included funding for the aged care sector to make good on their promises of improving the industry, providing $2.5 billion over four years to increase the average care minutes per resident and ensure each facility has a registered nurse on at all times.

The funding will include a pay rise for aged care staff and better food for residents.