‘$200 million back in the pockets of Australians’: Albanese Government cuts the cost of PBS medicines 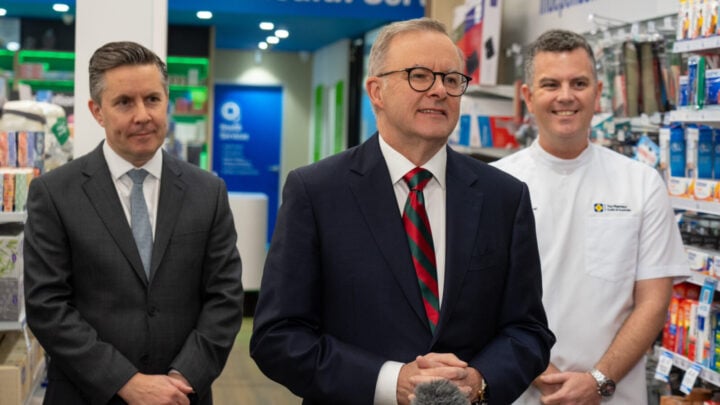 The Government has announced that the cost of medicines under the Pharmaceutical Benefits Scheme (PBS) will be reduced by 30 per cent to relieve the rising cost of living.

Today we are introducing legislation to cut the cost of general scripts on the PBS by $12.50.

This morning I met Greg, a single parent with a son who has Type 1 Diabetes.

Greg told me our plan to cut the cost of medicine will make a big difference for his family. pic.twitter.com/oQ4muSj979

National President of the Pharmacy Guild of Australia Professor Trent Twomey said the Government’s cut to the cost of medicine is a welcome change for pharmacies and patients around the country.

“Patients continue to tell community pharmacies of the increasing pressures of having to choose between food on the table and medicine for their family,” Twomey said.

“Community pharmacies around the country thank and welcome the action taken by the Government to cut the out-of-pocket cost patients pay for medicines on the PBS.”

By slashing the cost of PBS medicines, which have doubled since 2000, the Government has successfully made good on an election promise.

Minister for Health and Aged Care Mark Butler, said the changes eliminate some stress for Australians concerned about the cost of their medications.

“The ABS advises that the high costs of medications meant close to 1 million Australians delayed or didn’t fill their medications in 2019-20. We must do better than this and we will,” Butler said.

“Cutting their price by nearly one-third will mean more people can afford to get the medications they need to stay healthy – without worrying so much about the price.

“This change will put close to $200 million back in the pockets of Australians each year.”

Prime Minister Anthony Albanese said the approval of this bill is proof his government is working hard to rectify the pressures inherited from the former government.

“I’m really pleased that we’re introducing this legislation to make many medicines cheaper for Australians,” he said.

“My Government is serious about delivering on our election commitments and easing the cost of living pressures left by the former government.”

“Anything that will help lower the cost of medicine will be an enormous help.”

We’re taking action to help Australians with the cost of living. pic.twitter.com/87aWL3Rz5T

The reduction in the cost of medications will come as a welcome change to seniors following the release of the Association of Super Funds of Australia (ASFA) June quarter 2022 figures which found that retirees will now need to spend more in order to retire “comfortably with “ever increasing health costs” serving as a major contributor.

ASFA Deputy CEO, Glen McCrea said “while there is considerable subsidisation of health costs and benefits being paid from private health insurance, out of pocket expenses remain substantial for items such as dental treatment, optical expenses, and gap payments for procedures in hospitals”.

“Private health insurance premiums rose on average by 2.7 % from 1 April with some major insurers increasing premiums by more than 3%,” he said.

“However, other insurers have postponed premium increases until later in the year.”

The changes to the PBS medicines are the first time in 75 years that Australia has seen a decrease in the cost.