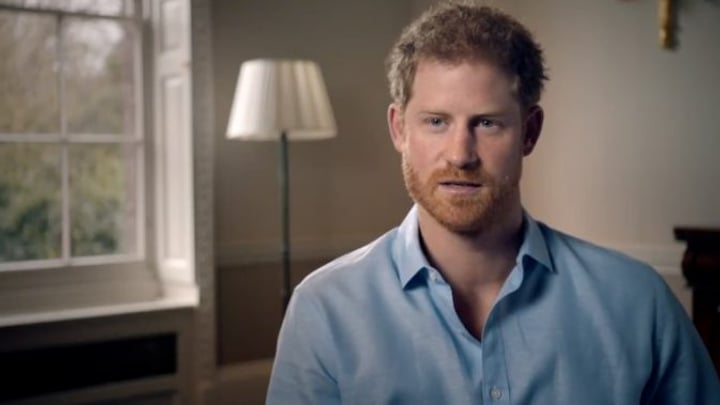 Prince Harry appears in the new documentary 'Diana, 7 Days', which airs on the BBC this Sunday.

Prince Harry has revealed his disgust and contempt for the paparazzi who chased his mother through the streets of Paris and took photos of her as she lay dying from her injuries in the back seat of her car.

The prince and his brother William appeared in the new BBC documentary Diana, 7 Days, which details the week following Diana’s death and the royal family’s reaction to the devastating news.

In a preview clip from the film, Harry talks with unprecedented honesty about his mother’s death and how he felt upon learning the details of her demise.

“One of the hardest things to come to terms with is the people who chased her into the tunnel were the same people who were taking photographs of her while she was still dying on the back seat of the car,” he said.

“And William and I know that, we’ve been told that numerous times by people that know that was the case.

“She’d had quite a severe head injury but she was very much alive on the back seat.

“And those people that caused the accident instead of helping were taking photographs of her dying on the back seat.

“And then those photographs made their way back to newsdesks in this country.”

A 2008 inquiry into the crash found that her driver Henri Paul and the paparazzi shared the blame for Diana’s and her boyfriend Dodi Fayed’s death.

In another preview from the film, William also touches on the paparazzi’s cruel treatment of his mother, reports The Independent.

“We’d go looking for her to talk to, play, to do whatever, she’d be crying. And when that was the case it was to do with press.

“She’d had a confrontation with photographers on the way to the gym, on the way outside, just trying to do day to day stuff.

“The damage for me was being a little boy aged eight, nine, 10, whatever it was, wanting to protect your mother and finding it very difficult seeing her very upset.

“About every single time she went out there’d be a pack of people waiting for her.

“And I mean a pack, like a pack of dogs, followed her, chased her, harassed her, called her names, spat at her, tried to get a reaction to get that photograph of her lashing out, get her upset.”

The raw and emotional documentary is the latest in a recent string of emotional interviews with the young princes.

However, the film’s director told The Sun it could be the last time William and Harry speak publicly about their mother as they look to move past the difficult memories on the twentieth anniversary of her death.

Do you think the paparazzi should have acted differently? Do you feel for the princes and their loss?