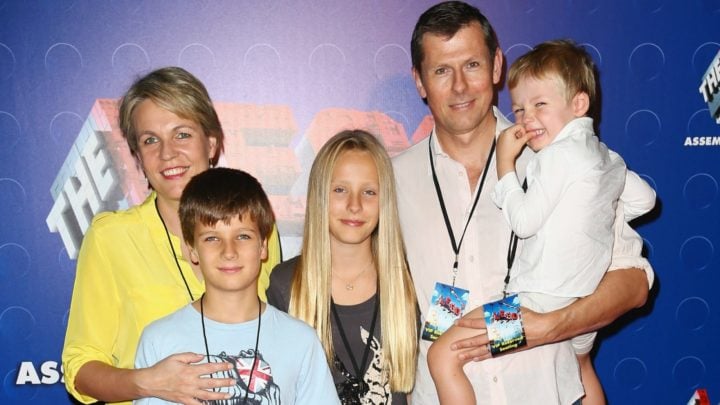 The husband of Deputy Labor Leader Tanya Plibersek has opened up about his drug-fuelled past and the three-year jail stint that turned his life around.

Michael Coutts-Trotter, who was appointed Secretary of Justice for NSW this week, told the Daily Mail his criminal past will give him a unique perspective in his new role as one of the state’s top legal honchos and that he’s been open with his staff about his history.

The long-time government employee, who shares three children with Plibersek, said his 1984 conviction for conspiracy to import heroin into Australia and subsequent jailing was enough to straighten him out and put him on the right path.

Coutts-Trotter said he began drinking and smoking marijuana as a teenager following the death of his father. By the 1980s he was injecting heroin and dealing drugs to support his addiction.

He told the Mail he soon became embroiled in a plot to import 500g of heroin to Australia from Thailand, but on the day he went to collect part of the package from the Redfern Mail Exchange, he was followed by police who had wised up to the plot and arrested him carrying 100g of the drug at a nearby hotel.

He was subsequently convicted and jailed for three years, part of which was spent at Long Bay’s Central Industrial Prison with some of the country’s most notorious killers.

He recalled getting into a scuffle with Michael Murphy, one of the men who raped and murdered nurse Anita Cobby, over whose turn it was to use the telephone. Elsewhere in the article, he described seeing a young man stumbling out of a cell after being gang raped.

Coutts-Trotter met Plibersek in 1991 after he was released from jail and had completed a stint at a rehabilitation centre.

The couple have both been open about his past and the deputy Labor leader even addressed her husband’s conviction in parliament in 2015 ahead of the execution of Bali drug smugglers Andrew Chan and Myuran Sukumaran.

Plibersek told her colleagues she distraught at the idea the men would be put to death after they’d worked so hard for redemption.

“I imagine what would have happened if he [my husband] had been caught in Thailand instead of Australia, where the crime was committed … what would the world have missed out on?

Although Coutts-Trotter’s new government role at the Department of Justice has been welcomed by many of his colleagues, the Public Service Association told 2GB’s Ray Hadley this week it was “outraged” by his appointment and called it a “a slap in the face to have a boss that is a crim”.

What are your thoughts on this? Are you glad Michael Coutts-Trotter has spoken out about his past given his new government job?